Yesterday was a great day for Obamacare Schadenfreude.


The flawed rollout of the Affordable Care Act has pushed President Obama to the lowest point of his presidency, with dwindling faith in his competence and in many of the personal attributes that have buoyed him in the past, according to a new Washington Post-ABC News poll.

Opposition to the new health-care law also hit a record high in the survey, with 57 percent saying they oppose the president’s most significant domestic initiative. Forty-six percent say they are strongly against it. Just a month ago, as the enrollment period was beginning, the public was almost evenly divided in its assessments of the law. 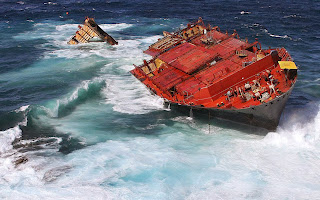 You know it's bad when WAPO jumps off the sinking ship.  Other democrats who are hoping for reelection have already put some distance between themselves and the sinking hulk.

Mary Landrieu and the Art of Backing Away


Landrieu can’t run from her record of support for the Affordable Care Act, which is under attack thanks to a dysfunctional website, poor enrollment, and widespread insurance cancellations. But she can distance herself from President Obama and his signature legislative achievement—and some say she’s trying.

Evidence that Landrieu was moving in that direction presented itself recently when she exited a closed-door Democratic luncheon in the Capitol and walked up to the microphone in the Ohio Clock corridor usually reserved for leadership. While Democratic leaders have backed the administrative “fix” to the law proposed by the White House, contending that no legislation is needed, Landrieu made the case for her own bill, which lets policyholders keep their current plans.

“Anybody that wants to work with me or anybody else to fix it, I’ll be willing,” she said.

You know, maybe they should have finished the ship before they sent it out into troubled waters.  Sure, boats have shakedown cruises, unlike this rollout, but they at least make sure the hull hold waters.


Between 30 and 40 percent of the IT system for the federal health insurance marketplace must still be built, a top official at the Centers for Medicare and Medicaid Services (CMS) said Tuesday.

Henry Chao, the agency’s deputy chief information officer, said that a large portion of the behind-the-scenes work has yet to be finished.

“I think it’s just an approximation, we’re probably sitting somewhere between 60 or 70 percent [completed],” he told the House Energy and Commerce Oversight subcommittee.

But it's fine, isn't it? At the end of it all people will still be getting the drs. visits they need, and the drugs that help keep them alive?  Probably not...


Potential shortfalls in enrollment for President Barack Obama’s health-care overhaul would put a 30 percent dent in projections for U.S. prescription-drug sales in 2017, a report from IMS Health Inc. shows.

That worst-case scenario would translate to $320 billion in drug spending, according to the report. The best case is supposed to be $460 billion, boosted by demand from the health law’s expansion of insurance coverage and medical screenings, and removal of restrictions on pre-existing conditions.

So maybe you get to see a doctor, maybe not the one you wanted, but a doctor, and he prescribes the drug you need, but they're not available.  Don't worry, we still have the 'Death Panels.'


There can be little doubt that by applying the logic of the left, the Obamacare body count can commence soon. David Henderson laid out the basics, rebuking lefty Matt Iglesias:
In comparing Bush on Hurricane Katrina and Obama on ObamaCare, Matt Yglesias writes:


The administration and the Democratic Party writ large had very high aspirations for the Affordable Care Act, viewing it as a legacy-defining major pillar of the American welfare state that would massively improve the lives of millions of people. If they can't make the basic infrastructure work, none of that will happen and it'll be a huge failing. But even in the worst case, they're not going to get anyone killed. That's a big difference.

Excuse me? In the worst case, where they don't get the infrastructure working and so millions of people will lose health insurance, they're not going to get anyone killed? How could that be? Surely some of the millions who lose health insurance will die without it. Maybe not many. But not "anyone?" Hard to believe.

Either health insurance is needed to preserve life or it isn't.  Liberals can't be allowed to have it both ways, horrible consequences when conservative fail to let them get their way, but little consequence when, as usually happens with massive and poorly thought out progressive plans produce massive damage to the system in the form of (ostensibly) unanticipated consequences, Obamacare’s Death Spiral:


It has been a tumultuous two weeks since I last wrote about Obamacare’s moral blindness. The President’s dismal performance since that date has only confirmed my initial impression. He has refused to take full responsibility for the key policies embedded in that legislation. He has also endorsed naïve short-term fixes that do nothing to correct the fundamental design flaws of the Affordable Care Act.

Those two errors will give way to two larger public debates, one constitutional and one social. First, should the President’s new proposals be subject to attacks under the oft-discredited doctrine of substantive due process? Second, will the failures of Obamacare require a massive leap to a single-payer system to avert a return to some status quo ante that is morally and socially intolerable? It’s clear that we need to kill Obamacare and avoid a single-payer system at all costs.
...
Politically, it seems clear that the American public will not tolerate yet another round of healthcare reforms that cannot shoot straight. The real question is whether the Democrats in Congress will come to their senses and realize that Obamacare is DOA. It is possible to think of all sorts of mid-level fixes that might moderate the damages, but none has a prayer of success so long as this president remains in office. Deregulation and tax cuts are dirty words to Obama, but they are the only source of relief to a nation. The ACA has already done enough harm. The time to start over is now.

But some bright news from the D.C. exchanges, abortions are covered but hearing aids are not. Having heard the sonic output in D.C., I'll say that hearing aids are entirely unnecessary, and I'm generally in favor of liberals having abortions on the grounds that it may be, as they sometimes claim, liberal thinking has a genetic component.


Multiple individual plans available on the D.C. health-insurance exchange specifically cover elective abortion but not hearing aids, routine foot-care, and routine eye-care. One such plan, Healthy Blue PPO $1500, has a summary on the D.C. exchange’s website titled “Excluded Services & Other Covered Services.” It says enrollees can receive coverage for abortions performed for non-medical reasons, but not for a number of other services that could seem medically necessary. The plan also excludes coverage for some other procedures, including cosmetic surgery, bariatric surgery, and infertility treatment.

And for some pure schedenfreude, undiluted with ice or water, flavored with the tears and rage of liberals who expected someone else to take the expensive coverage and pay the bill:


We received the letter in the mail a couple months ago. The good people at Regence Bluecross Blueshield were pleased to inform us that due to Obamacare our current low-monthly premium, comically-high deductible medical policy would no longer exist come January 1, 2014. Pleased, because a new and better plan would be offered in its place. Old monthly premium: $578 for a family of four (non-smoking, helmet-wearing, and paternally snipped). New premium: $1,123. A 94% increase.

Once the sound of boiling blood dissipated, in my head I heard my Republican friends chuckling at the sight of a liberal Democrat hoisted ten stories high on his own petard. How's the view up there, Obamacare Ollie?

For the past 15 years my wife and I have made our living as freelance writers. (To young readers, I say: Do not do this. Your bliss is marvelous, but its following will need to be supported by a banker, plumber, union machinist or tenured faculty member.) As such, our health insurance is our own concern. Over the years we've held on to our coverage by letting our co-pay and deductible rise and our covered procedures fall. You may be aware that the three-tiered state exchange policies are labeled Gold, Silver, and Bronze, reflecting their price and level of coverage. If our policy still existed it would fall into the column of Wood.

But Wood we had--and Wood we liked.

No more. O.K., into the state exchange we go. I voted for it. Fair enough.

It is our good fortune to live in Washington State, where our Democratic governor embraced the Affordable Care Act and set up a state exchange that is, according to those who've studied such things, the best in the nation. The website allowed me to find a plan that looked reasonable. Premera Blue Cross had a Preferred Bronze 5500 for $889 a month. Okay. Not so bad. Downside: $3,600 more in annual premiums. Upside: Free eyeglasses for the boy!

That's an expensive pair of eyeglasses.

But troubles were not limited to the federal site:  Colo. man signs up for his insurance, his dog gets covered instead.


The Colorado healthcare exchange has processed applications for thousands of people … and one dog. Shane Smith, of Fort Collins, says his dog Baxter received a letter informing him that a health insurance account had been opened in his name through Connect for Health Colorado.

“I thought, ‘Wow, this is so awesome,’” Smith said with a laugh. “They have gone out of their way to insure my 14-year-old Yorkie.” Smith had called Connect for Health Colorado to sign himself up for insurance because his old plan was cancelled due to Obamacare.

He’s not sure exactly how the confirmation letter went to his dog, but he says he thinks it’s because of a series of security questions a representative asked him over the phone. “There was some kind of code or something, so I gave them my dog’s name,” Smith said. “They must have just put it in the wrong slot or something.” 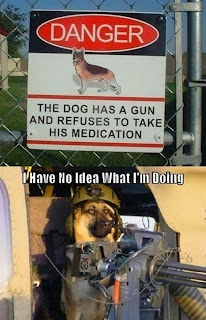 Maybe we need Obama to try his hand at the code after all. Or maybe dog care is just the next step in liberal mandates.


Despite grand ambitions, an early start, millions of dollars from the federal government and a tech-savvy population, Oregon's online enrollment system still isn't ready more than a month after it was supposed to go live. The state has resorted to hiring or reassigning 400 people to process insurance applications by hand.

"We're all surprised and frustrated that we're in the position that we're in now," said Jesse O'Brien, a health care advocate at the Oregon State Public Interest Research Group, which lobbied for the exchange.
...
Oregon has long prided itself on being a leader in health policy. Its Medicaid system has been a testing ground for new innovations since the early 1990s. The state started laying the groundwork for an insurance exchange a year before Congress passed the health care law that called for one in every state. Gov. John Kitzhaber, a former emergency room physician, is a respected voice on health reform.

The state also has a large population of young, underemployed progressives who might provide a burgeoning market for affordable coverage. Its ultra-competitive health care market led to lower-than-expected premiums. Lawmakers from both parties have embraced the law. And the Portland area is a thriving hub of technology companies known as the Silicon Forest.

Ah, but most progressive imagine in their hearts that the rules they seek to impose on others are only to be enforced on those who disagree with them; they can be trusted to do the right thing.
Posted by Fritz at 9:43 AM