Today's dose of Obamacare Schadenfreude brought to you by suckers around the nation. 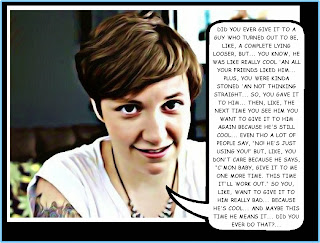 
For decades, universities and colleges have offered students bare-bones policies. But because of the Affordable Care Act, those policies no longer cut it – and universities are forced to decide whether to offer significantly higher-cost plans or cancel coverage altogether.

The new rules affect a broad swath of American schools, especially the small ones. At Bowie State University in Maryland, the cost of student health insurance policies went from roughly $100 a year to $1,800 a year.

The cancelled plan offered $5,000 worth of medical coverage to students for just $54 per semester. University administrators said an acceptable replacement under the Affordable Care Act would have cost $900 per semester, a 1,500 percent increase.
...
“You’ve haven’t done anything Obama and I am disappointed in you,” one student said. Another told Campus Reform, “We don’t have that money. We can barely afford books.”

Young and naive tends to be how college students go through life, which is why they vote heavily for democrats and Obama in particular.  Consider this a valuable lesson in the realities of populism and politics. But at least you can stay on your parents policies until you're 26.  If your parents have a job in the Obama economy. and if the postponed  employer mandate doesn't cause your parents to lose it. 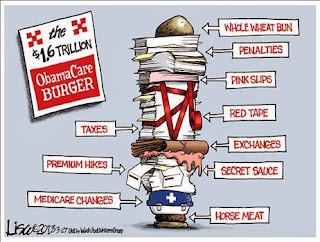 
...The CNN report quotes President Obama as saying, "I recently received a letter from a woman named Jessica Sanford in Washington state. And here's what she wrote, I am a single mom, no child support, self-employed. and I haven't had insurance for 15 years because it's too expensive. I was crying the other day when I signed up, so much stress lifted."

"But days, just really three days after she was mentioned by the president, Jessica Sanford started having problems, she was receiving letters from the Washington state health exchange," reports CNN. "The first letter telling her that tax credit was reduced, therefore, increasing the cost of her health care plan and the,n take a look at this, then she received a letter just last week telling her that her tax credit had been taken away all together. Show you another document here, showing what the tax credit worked out to be... zero dollars according to this document that was provided to us by Jessica Sanford. She describes all of this as a roller coaster ride. Now she says she can't afford insurance in Washington state because of the new developments."

Another satisfied customer... As Otter said to Flounder..."You f_cked up!  You trusted us!" 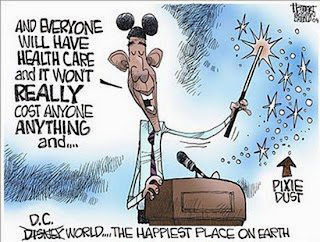 Obama Suck-Up Gwen Ifill: ‘We Haven’t Been Laughing Much in Washington This Week’


PBS NewsHour host Gwen Ifill may have slipped Sunday when she said “we haven’t been laughing much in Washington” after President Obama’s brutal week, perhaps referring to herself and other press corps members.

Speaking on ABC’s This Week, the panel began with a clip of a fake advertisement from NBC’s Saturday Night Live mocking Obama’s “presidential depression” and medication he might take to combat it.

Speak for yourself Gwen; some of us have be laughing a lot while watching this rollout, though, to be fair, relatively few of us live in DC.

Defund PBS, now.  If they want to run on pledge drives, bake sales and  Soros money, more power to them. 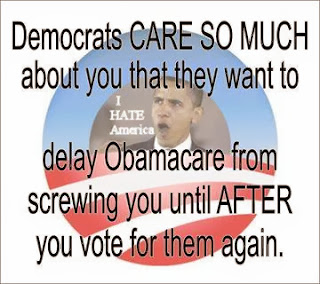 Rasmussen: A New High of 58% Opposes Obamacare, With 45% Viewing the Law "Very Unfavorably"


Obamacare hits like a ton. 15% say they view the law "very favorably." That's the Democrats' super-base.

45% view it very unfavorably. That's very close to an outright majority. And people "very" concerned about an issue will vote on that issue.
...
This must be rejected.

Even to the extent Frum is right about the impossibility of ending the Medicaid expansion, it must still be done in the context of full repeal. Permit a year-long extension of Obamacare on this plank (and any other difficult-to-repeal parts, like the under-26-"children" part) but which sunsets after a year. This would mean the GOP would have a full year to work out a different solution while not disrupting the current regime -- but, as these parts of Obamacare would sunset without action in a year, we would not be under the gun as far as making concessions to Obama. If Obama won't work with us, then we do nothing, and just let it all sunset and go away.

Rather than coming at the law with a full-scale "replacement" (which would have to compete with Obamacare as far as deliverables to Obama's coalition), come at it with a year-long extension plus sunsetting, during which time a workable replacement could be fashioned.

Or, if not, then the whole thing goes away... 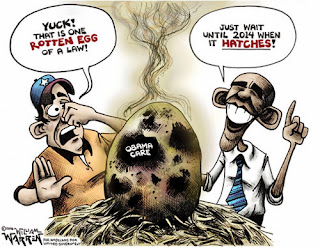 The administration managed to overlook ample warning that the roll out was going to be rocky.  The deserve every bit of criticism that comes their way.

The Obama administration brought in a private consulting team to independently assess how the federal online health insurance enrollment system was developing, according to a newly disclosed document, and in late March received a clear warning that its Oct. 1 launch was fraught with risks.

The analysis by McKinsey & Co. foreshadowed many of the problems that have dogged HealthCare.gov since its rollout, including the facts that the call-in centers would not work properly if the online system was malfunctioning and that insufficient testing would make it difficult to fix problems after the launch...

White House spokesman Eric Schultz said “flags were definitely raised throughout the development of the Web site, as would be the case for any IT project this complex. . . . But nobody anticipated the size and scope of the problems we experienced once the site launched.”


And I just couldn't help adding this one...   Another Website, Another Problem for Obama


Some supporters who tried to log in to hear President Obama defend his embattled health care law on Monday night were unable to hear him because the website of the group behind the call, Organizing for Action, failed to work for them.

The website problems were an inconvenient moment for a president who has spent the last six weeks trying to explain the failure of HealthCare.gov, the online marketplace for Mr. Obama’s Affordable Care Act.

The event on Monday was intended to offer Mr. Obama’s most ardent supporters a chance to hear directly from him. It was the latest conference call to be hosted by Organizing for Action, the nonprofit group that grew out of the president’s 2012 campaign organization.

Now that, my friends, is some AAA quality schedenfreude...
Posted by Fritz at 9:32 AM