EPA Backs Away from Blend Wall

The Environmental Protection Agency announced it is scaling back its ethanol blending requirement for 2014.

The agency has lowered the amount of ethanol that must be blended into U.S. fuel supplies from 16.55 billion gallons in 2013 to 15.21 billion gallons in 2014. The refining industry warned the agency earlier this year that refiners were reaching the maximum amount of ethanol that could safely be blended into the fuel supply, known as the “blendwall.”

Once more than 10% ethanol is blended into gasoline, older engines begin to have problems.  While some vehicles can run on much higher fractions, these are relatively rare, and gas blends with more than 10% are not commonly sold because they cannot be run in older vehicles without risking damage. Forcing refiners to use more would result in massive damage to many older vehicles.  Since these are primarily the vehicles owned by the poor and lower middle class, it would result in a greater burden to these groups. 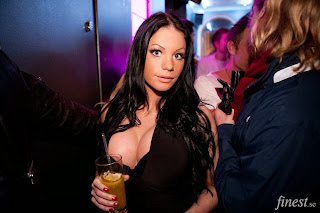 Ethanol is for drinking, not for fuel.  The increased artificial demand for corn to turn into ethanol has not saved any carbon pollution, raised fuel and food prices, damaged engines, and cause large tracts of land to be converted from wilderness to cropland:

Prairies vanish in the US push for green energy


Across the Dakotas and Nebraska, more than 1 million acres of the Great Plains are giving way to corn fields as farmers transform the wild expanse that once served as the backdrop for American pioneers.

This expansion of the Corn Belt is fueled in part by America's green energy policy, which requires oil companies to blend billions of gallons of corn ethanol into their gasoline. In 2010, fuel became the No. 1 use for corn in America, a title it held in 2011 and 2012 and narrowly lost this year. That helps keep prices high.

"It's not hard to do the math there as to what's profitable to have," Malsam said. "I think an ethanol plant is a farmer's friend."

Ethanol for fuel has been a bipartisan folly.  It's time to end it altogether.
Posted by Fritz at 10:40 PM