Reign of Pain Update - "It Hurts So Bad"

For some reason, the National Parks have become the focus of attention in this particular government shutdown.  While some parks were shut down in previous shutdowns, there was no concerted effort to exclude the citizens as completely as has occurred in this one.  Without knowing who issued orders, it's pretty clear that either orders came down from "on high" somewhere to squeeze the parks, or that individuals in the Park Service have so resented the shutdown that they have instituted the crackdown at middle and lower levels: 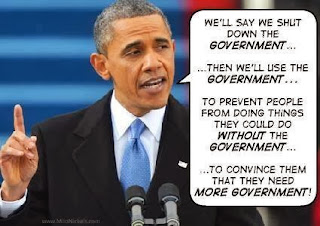 
Vaillancourt was one of thousands of people who found themselves in a national park as the federal government shutdown went into effect on Oct. 1. For many hours her tour group, which included senior citizen visitors from Japan, Australia, Canada and the United States, were locked in a Yellowstone National Park hotel under armed guard.


The tourists were treated harshly by armed park employees, she said, so much so that some of the foreign tourists with limited English skills thought they were under arrest. 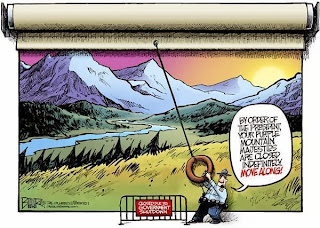 When finally allowed to leave, the bus was not allowed to halt at all along the 2.5-hour trip out of the park, not even to stop at private bathrooms that were open along the route...

The bus stopped along a road when a large herd of bison passed nearby, and seniors filed out to take photos. Almost immediately, an armed ranger came by and ordered them to get back in, saying they couldn’t “recreate.” The tour guide, who had paid a $300 fee the day before to bring the group into the park, argued that the seniors weren’t “recreating,” just taking photos.

“She responded and said, ‘Sir, you are recreating,’ and her tone became very aggressive,” Vaillancourt said. 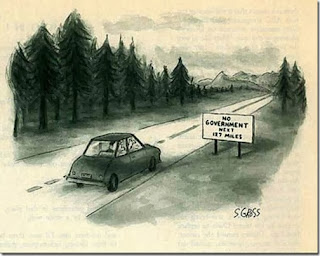 You would be hard pressed to convince me that the ranger received her orders from Obama, rather I suspect it's her own rage at fellow citizens for "permitting" the shutdown to occur.

Rangers at National Parks have started issuing tickets to people who "trespass" on "their" parks.


A marathoner says he was fined $100 for running in Valley Forge National Historical Park during the government shutdown.

John Bell, 56, said he parked his car on Sunday in a remote parking lot, not one blocked by a barrier. Bell, of Chadds Ford, said two rangers were waiting with their car lights flashing when he returned.

Bell said he plans to fight the ticket in federal court. He said he saw many other runners and bikers in the park.

Maine’s Acadia National Park had trouble keeping visitors out during the shutdown and was issuing fines to campers, bikers and hikers. On Saturday, 16 hikers hopped a gate to gain entry to Utah’s closed Zion National Park to protest the shutdown. 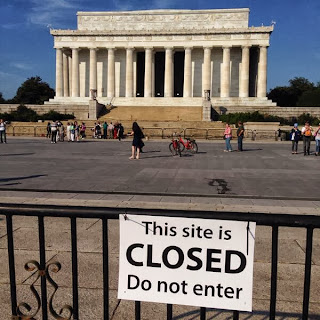 They don't have funds to pay rangers, but somehow they manage to find rangers to issue tickets. 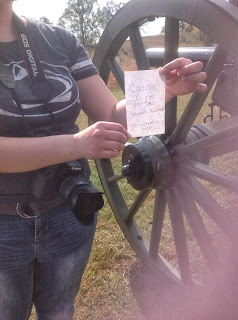 There is a strong, and growing movement of people taking back "their" parks:


‘Catch us if you can’: Gettysburg visitors defy #SpiteHouse cones and Barrycades 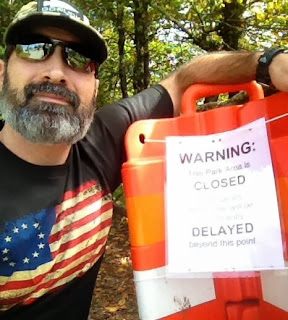 
And the government is pushing back: 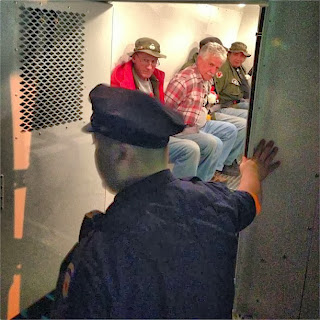 I'll bet he feels really good about doing that...

But, to be fair, it's not only the National Park Service that's trying to deny citizens small pleasures,  the NIH is getting into the act,  denying childhood cancer victims the comfort of a wet nose:


The Clinical Center at the National Institutes of Health has suspended its dog therapy program because of the government shutdown, according to John Burklow, spokesperson for NIH.

...Volunteers run the dog therapy program, but the veterinarians are on NIH staff and are paid as federal employees.
...
In an Oct. 3 interview on National Public Radio’s Morning Edition, Abbey Whetzel talked about her son, Sam, who is dying of leukemia and enjoyed it when he was visited by the dogs. “They can only come once a week, but it's the highlight of Sam's week,” Whetzel said, adding that she was informed that the dogs would not be visiting because of the government shutdown. “He was disappointed,” Whetzel said. “He really looks forward to the dogs coming.

And while the 17% government shutdown continues to send money out for Social Security, Medicaid, Medicare and a host of other entitlements, the DOD is using the shutdown as an excuse to delay death benefits to families of veterans who have died in combat:


It is standard DOD policy to send families of our KIA $100,000 within 36 hours of the incident. This money is used to cover emergency flights to Dover AFB to meet the casket and start making funeral arrangements, which can cost tens of thousands of dollars when it’s all said and done. It’s to pay to fly non-immediate family to the funeral, to help with the cost of the takeout food that these families are about to live off of for the next week. It’s for hotels, rental cars, all the things that you need when you take an emergency trip.

These brave American’s caskets haven’t even made it back to the United States, and the government’s idea of “help” is to send these newly grieving families an IOU.


Wombat-socho got the grand Rule 5 Sunday: Bad Reputation (an homage to Joan Jett) up on schedule over at The Other McCain.
Posted by Fritz at 10:59 AM