Reign of Pain - "Blues at Sunrise"

Well, yesterday was a total bust.  No one one has come up with a solution to the Gordian Knot that is the shutdown.  The Senate Democrats have begun increasing demands, to end the sequester (Reign of Pain #1, if you recall), while Senate Republicans, a feckless lot under the best of circumstances, have shown the spine of overcooked spaghetti.  The House similarly has been unable to put a plan on the table as Harry Reid promises that he will veto not allow consideration of virtually any bill that does not represent a total capitulation to his demands.

Meanwhile, the "drop dead date" is approaching (Oct. 17) for the ability of the United States to balance its lack of budget by stealing from the future, by borrowing more money and creating more debt to be foisted off on the next generation(s). You can thank us later.  However, sometime time is left before the big bills hit, so it's kind of a "technical deadline", since the current bills on the debt can be paid with incoming taxes.

Some articles from yesterday.  Scott Rasmussen points out that while the GOP is taking a beating in the press, Obama and the Democrats also face troubles in the future

No Good Options for Obama


...the president is stuck with an impossible dilemma. If he tries to make the shutdown as painless as possible for the public, he loses all political leverage. If he tries to make people feel his pain, he looks like a bully. If he makes a deal with Republicans, his political base will be demoralized heading into the midterm election. If he doesn't, and the standoff continues, calls for more permanent spending cuts will grow.
...
The central reason is that the American people aren't interested in buying what he wants to sell. In the iPad era, people's lives are decentralizing and services are becoming more customized. Community solutions are being found closer to home. Giving more power to a-one-size-fits-all federal government is out of synch with that reality.


As National Park Service Director Jonathan Jarvis prepares for a grilling before House Republicans on Wednesday, he and other officials say the Park Service has had no choice but to padlock the National World War II Memorial, one of the most popular venues on the Mall...The House and Senate “charged the National Park Service with the preservation and protection” of the sites, Jarvis said. He did not answer why a few rangers couldn’t be assigned to highly popular sites — especially ones for aging war veterans. Instead, he said, the workers have to protect the sites whether they’re open or not.


The Atlantic is claiming that there is vermin in the White House, and it's all those Republicans fault:


The government shutdown, now entering its third week, has sidelined groundskeepers at the White House, who are barred from tending Michelle Obama's kitchen garden and other White House plant life beyond the most basic acts of watering and taking out the trash.

"The wildlife that lives on the historic 18-acre campus—including a newly arrived fox now making a home at the White House—are having a field day," Kohan reports. "Thanks to the shutdown, groundskeepers have given up on their efforts to catch the elusive creature, who showed up to live inside the White House gates more than two weeks ago. [The fox] has been spotted many times at dawn and dusk" according to the White House sources she says are "highly reliable and multiple."

The article then goes on to recount how the squirrels, almost certainly Eastern Gray Squirrels, are running rampant. 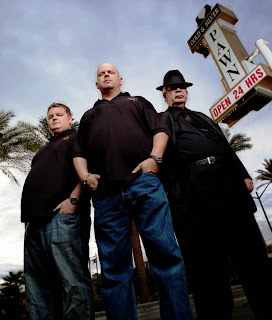 Washington Post reports that the shutdown is bringing big business to the area pawn shops, as federal workers, apparently not having listened to the various free financial advisers available to them and not having saved enough money to survive without a check for 6 months, are pawning in the family silver and other goodies:


Jessica Barakat, who manages the independent Crown Pawnbrokers on 14th Street NW, says she’s seen a few of them come in over the past few days. “I basically just hear reasons a lot, why people can’t make it through the week, when something unexpected happens, and people have to dip into their savings, or they don’t want to,” Barakat said. Fluctuations in gas prices have been a big reason why people need a short-term loan to get to work.

“And this is just a new one that we’ve heard: They’ve got no paycheck,” she says.

Hmm, it might be a good time to check out some local area pawn shops for some good deals on guitars and other gear. 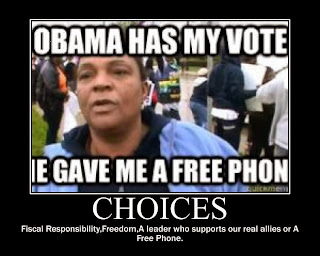 
By the time Monique Henderson’s half paycheck for $365.54 arrived Friday, the single mother of two who works as a legal assistant for the Social Security Administration had already figured she wouldn’t be able to pay the rent.

She was behind on her electric bill and had racked up debt buying TVs, a computer and cellphones. Her 12-year-old daughter had already outgrown her expensive public school uniform and needed a new one. And with grocery bills mounting and nothing to pay them with, Henderson had spent six hours the previous day in line to apply for food stamps.

Deficit spending works!  Until it doesn't.

Young feds rethinking relying on government jobs!  Good. And working in food prep is probably a good next step.  Can you say "Do you want fries with that?"


A little anodyne to that: 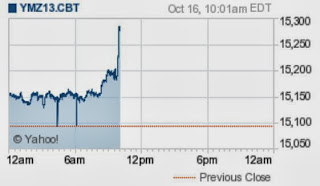 As of now, however, stocks are rising on the rumor of a deal. We shall see.