Canuck Grabs Bear's Tongue to Save Self

Man prevents bear from killing him by grabbing its tongue

The owner of a woodlot near Grand Falls N.B. told the CBC he’s lucky to be alive after a bear attacked him in the forest.

Gilles Cyr was out for a walk through his woodlot when suddenly a large black object ran out of the woods and attacked him. To prevent the bear from killing him, Cyr grabbed its tongue in a desperate bid for survival.

“When I opened up my eyes it was on top of me – with the friggin’ noise, it’s crazy the way it growls. Right from the stomach. It’s not from the mouth, it’s just inside. His mouth was wide open right in front of my face so the last thing I remember I had his tongue in my hand and I didn’t want to let go because he was trying to fight me off. So he was hitting me with his claws, so I says, ‘If you’re going to hurt me, I’m going to hurt you too.’ So he was biting his tongue at the same time,” said Cyr.

Cyr explained he grabbed the bears tongue out of instinct and managed to escape behind a tree. The bear still managed to claw his stomach and bit his knee. The animal eventually lost interest and decided to walk away.

“For a second, I thought I was dead … that’s the first thing that comes to your mind when you open your eyes and see that friggin’ mouth full of teeth and a tongue in there. It’s like … an extreme sport,” he said with a chuckle.

In his defense, it is a pretty big target. 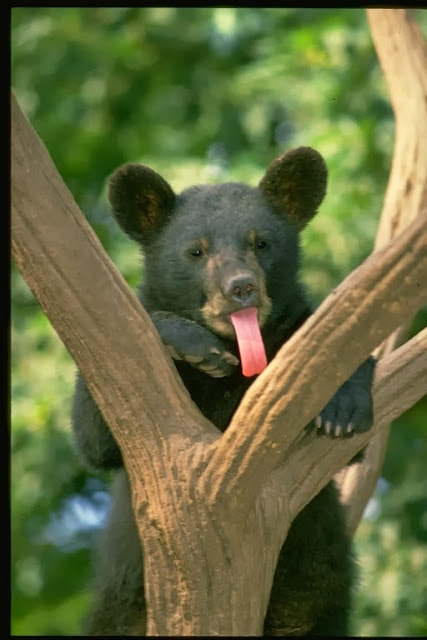