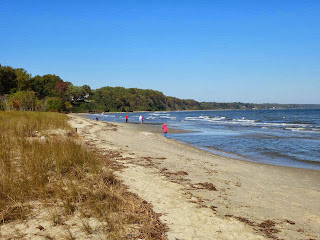 After yesterday's gray sky and spitting rain, we got another one of those blue sky, windy days that make for lousy boating and excellent beach walking.  Maybe the wind will die later. 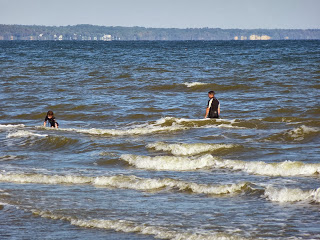 There were a surprising number of people in the water.  The water temperatures are now down to about 65 F now, which is good for fish, but a little chilly for all but children, who appear to have dysfunctional temperature meters, and adults from Minnesota. 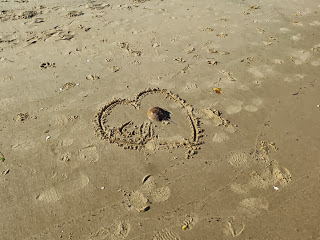 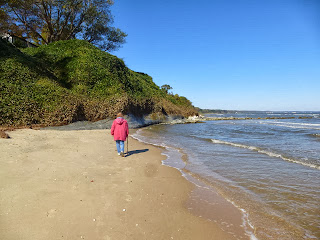 Despite hitting the lowest point of the tide, we were unable to get around the cliff at the skinny spot at Calvert Beach due to the massive amount of sand that was moved out by the several days of storminess with the remains of Tropical Storm Karen. 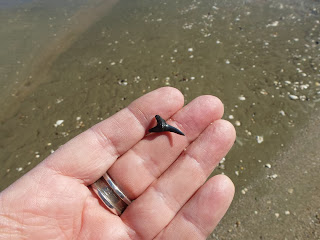 However, the tide was low enough that we found a few fossils, including this Sand Tiger tooth. 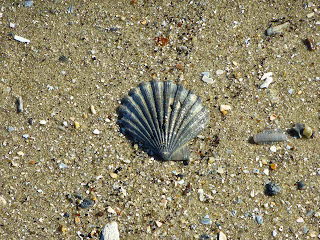 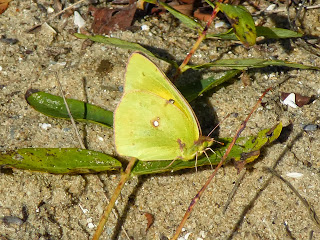 I was pleasantly surprised to find this butterfly around the dunes.  I'm moderately sure it's an Orange Sulphur, and not the more common Clouded Sulphur, but they can be pretty hard to tell apart.
Posted by Fritz at 12:57 PM