In a statement to shareholders, Canada-based PetroBakken Resources announced that Gore and his investment partners would be pumping $200 million into the company in return for a 15 percent stake.

The move comes just weeks after Gore sold his shares in cable broadcaster Current to Al-Jazeera, a Middle Eastern channel backed by oil wealth. Both transactions have raised eyebrows because of the dissonance between Gore's high-profile environmental activism and his investment strategy.

The PetroBakken investment in particular has come under harsh scrutiny because the company develops unconventional resources like shale gas and tar sands, both highly controversial with environmentalists. 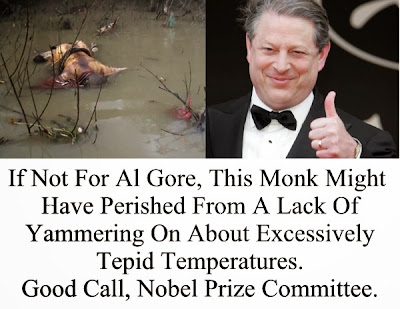 In an interview with Canada's BNN news channel, however, Gore offered a robust defense of his actions.

"First of all, if I didn't invest in this company somebody else would," he explained to anchor Bill McAvoy. "Do you think Mother Nature cares about the shareholding structure of companies that cause pollution?

"A kilogram of CO2 is a kilogram of CO2. It doesn't matter who owns the company that made it. This investment doesn't put a single extra molecule of greenhouse gas into the atmosphere."

"Well, to be frank Mr. Gore that isn't the issue," interrupted McAvoy. "No one is saying that this investment increases the overall amount of pollution. What we're saying it that you're failing to set a moral example.

"You've asked people to cut their own carbon footprint by driving less, buying new light bulbs, insulating their houses, carpooling, et cetera. All of these things require sacrifice. Isn't it hypocritical to ask others to sacrifice financially, if you can't seem to make similar sacrifices yourself?"

"Well, no, I don't think it's hypocritical at all," Gore said. "You see what I am doing, I'm recycling this money. I'm taking this dirty, polluting cash made from fossil fuels and putting it into my company.

"From there I plan to reuse it to fund new documentaries about the threat of global climate change. This isn't some Gordon Gekko thing. I consider myself to be a sort of Robin Hood." 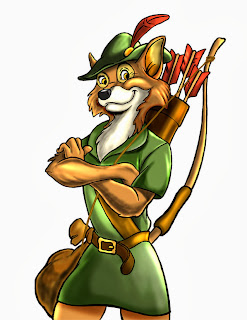 So, he's going to rob from the rich and give to... himself.


"A Robin Hood?" McAvoy replied. "Does that mean you're committing to give all the money made from of this investment to environmental causes?

"Well, not quite all of the money," Gore responded. "We do have expenses, after all. But I can promise to give away a decent amount, once my costs have been covered.

And a healthy fraction siphoned off into his pockets, no doubt.
Posted by Fritz at 5:00 AM