The Freedom to Quit 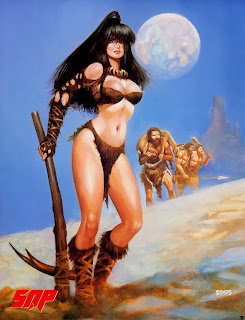 A long article, but I'll just look at one part:

The Most Basic Freedom Is Freedom to Quit

...As anthropologists have repeatedly pointed out, band hunter-gatherers are highly mobile. Not only does the whole band move regularly from place to place, to follow he available game and edible vegetation, but individuals and families also move from band to band. Because hunter-gatherers don’t own land and don’t own more personal property than they can easily carry, and because they all have friends and relatives in other bands, they are always free to move. People who feel oppressed in their current band, and who find no intra-band route to overcome that oppression, can, at a moment’s notice, pick up their things and move out, either to join another band or to start their own band with a group of friends. 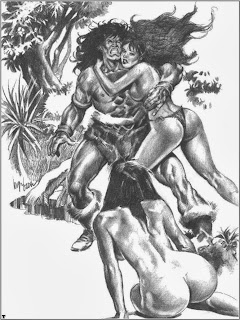 My primary objection to Obamacare is that there is no option to quit.  It binds all Americans in the grip of government managed health insurance.  Not care, insurance.  There is a difference.  No escape other than to leave the country.


Hunter-gatherers, like all people everywhere, depend on one another for survival. Nobody can survive alone, at least not for long. But, in a world where people can easily move away, you must treat others well or they will leave you. You can’t force them to work for you, because if you try to do that they’ll just walk away. You can’t cheat them, or bully them, or denigrate them—at least not for long--because if you do they’ll quit. If you want a cohesive band, which everyone does want because that’s the best route to survival, you have to see things from the perspective of the other band members and strive to please them; you must compromise with them when you disagree, and you must share your food with them on days when you are lucky in hunting and they are not. 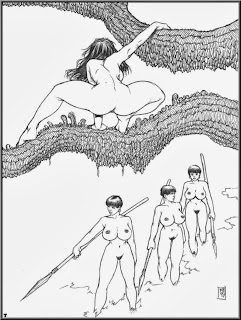 And no compromise allowed.


Hunter-gatherers are famous for making decisions by consensus. They must talk things out and reach general agreement before embarking on actions that affect the whole band. What does consensus mean in this case? It means simply that everyone is willing to go along with the decision; they may not fully agree, but they won’t walk away from the band because of it. So, for a hunter-gatherer band, democratic decision-making doesn’t arise from some high moral philosophy; it arises from necessity. To survive and thrive, you need a cohesive band; and to achieve that, you need to make decisions that don’t offend people so much that they will quit...


There is, of course, only one song that expresses it exactly...