You might remember that last night I reported that the annual Maryland Young of the Year survey for Striped Bass was in, and the numbers were less than satisfactory.  The EPA Bay Program has decided to spin this as a win:

Striped bass reproduction is up in the Chesapeake Bay


According to data from the Maryland Department of Natural Resources (DNR) and the Virginia Institute of Marine Science (VIMS), the number of juvenile striped bass in the watershed has rebounded from last year, when it was close to the lowest ever observed.

Known as the “juvenile striped bass index,” the number of young-of-the-year striped bass in the Bay is used to track the species’ reproductive success. To count the number of striped bass that hatched this spring, biologists take a series of seine net samples in noted spawning areas, from the Upper Bay to the James River.

Yes, almost anything is better than the worst ever, but really guys, can't we at least hold out for the Lake Woebegone standard?  Shouldn't things be better than average to be good?

And that illustration?  I don't know what that fish is, but it's not a Morone saxatilis... 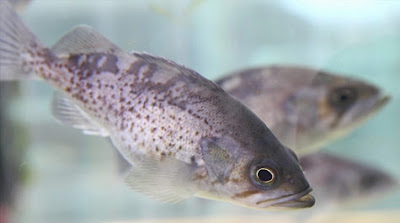 Even at that age, Stripers have their characteristic stripes... 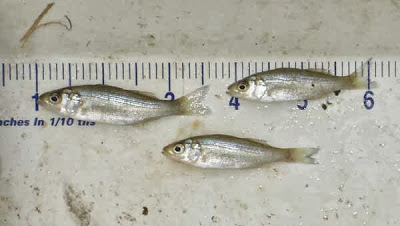