Yesterday, While Waiting for the Boat to Leave 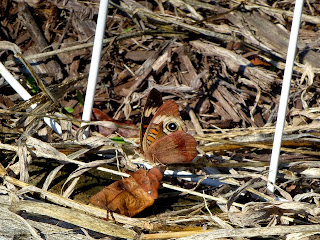 I caught a ride down to Buzz's Marina with Walleye Pete, and we arrived about an hour before the scheduled departure, so while Pete got boat ready, I prowled the little garden that Christy, keeps with my camera in hand.  I got lucky and found a couple of butterflies. 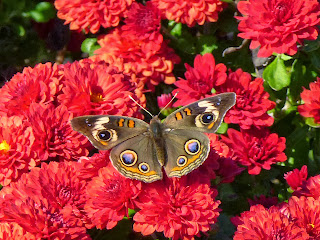 The first two pictures are the same Common Buckeye (Junonia coenia).  While not especially rare, I've only seen a few this year, and didn't get many chances to take photos, but this one was very cooperative. 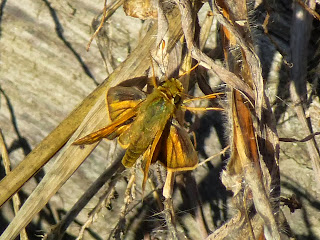 And another damned unidentifiable skipper.  Sometime, I'll sit down and figure out which one it is 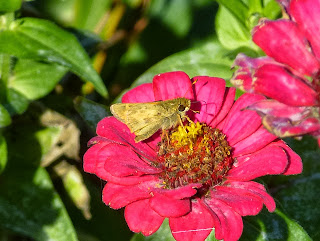 I did see a few butterflies over near the islands on the other side; most of which were familiar.  It's pretty hard to catch a picture of a flying butterfly while trying to catch fish on a moving boat, so no pictures...

However, I'm pretty sure I saw one of these flit by, a Zebra Heliconian (Heliconius charithonia).  The black and yellow bars and the wing shape were absolutely correct.  The thing is, this butterfly shouldn't be anywhere near here, being a native of the deep southeastern coast, as far up as South Carolina.


Did one get swept up by Tropical Storm Karen and deposited up here?  Could happen.
Posted by Fritz at 11:42 AM