Who Says Bureaucrats are Humorless?


Travelers who crack jokes about the TSA’s ludicrous security procedures could face arrest, according to a new loudspeaker warning being broadcast at airports in the U.S.

While traveling through George Bush Intercontinental Airport in Houston, Matt Miller heard a security announcement repeatedly aired on the airport intercom that left him disturbed.

“You are also reminded that any inappropriate remarks or jokes concerning security may result in your arrest,” the loudspeaker message states.

These new loudspeaker warnings remind us that the TSA continues to excel at indoctrinating Americans to be well-behaved prisoners via obedience training – reminding them that they can be disappeared if they dare speak out of turn, even in a humorous way. 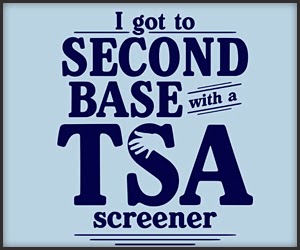 Being infowars, it's a little over the top, but the point remains, we in the United States have the right of free speech except under extraordinary circumstances, and grumbling and joking in a TSA line is not one of those.  Direct threats, sure, but jokes?  Nope.  I'm not worried about being disappeared, but I am worried about being unnecessarily harassed and delayed, and given the events in the National Parks over the last several days, I do not trust the feds not to do that out of spite.