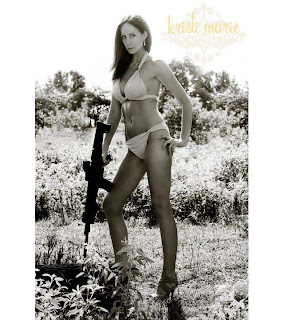 A woman who played the part of a zombie on the TV show "Walking Dead" has been arrested for sending ricin laced letters to President Obama and Michael Bloomberg:

Shannon Richardson had been married to her husband less than two years when she went to authorities and told them her suspicions: He was the one who had mailed ricin-laced letters to President Barack Obama and New York Mayor Michael Bloomberg threatening violence against gun-control advocates. 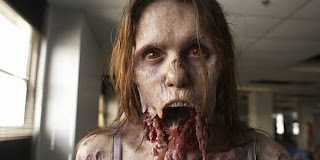 When investigators looked closer, they reached a different conclusion: It was the 35-year-old pregnant actress who had sent the letters, and she tried to frame her estranged husband in a bizarre case of marital conflict crossing with bioterrorism. 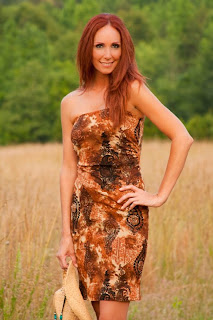 Those allegations are detailed in court documents filed Friday as Richardson was arrested and charged with mailing a threatening communication to the president. The federal charge carries up to 10 years in prison, U.S. attorney's office spokeswoman Davilyn Walston said.

Richardson, a mother of five who has played bit roles on television and in movies, is accused of mailing the ricin-laced letters to the White House, to Bloomberg and to the mayor's Washington gun-control group last month. 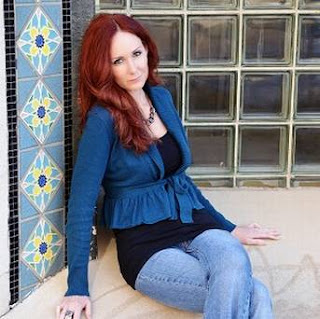 Among the "bit roles she played was a zombie in the TV series walking dead".  The picture above may be a zombie played by Shannon, but then it may not.  Like cats, all zombies are gray at night.

My guess, much like my brother Ted's, is that like much of Hollywood, Shannon is a devout liberal, likely a democrat and Obama follower.  Given a messy divorce from her husband, who may well have been more conservative and a "gun nut" she conceived this plan as a 'two-fer',  get him in legal trouble to get more out of her divorce, and to discredit the "gun culture."  Anyway, that's my guess until I see evidence otherwise.

Wombat-Socho's world famous (not that that's a high bar these days) weekly Rule 5 post "Rule 5 Sunday: Father's Day" came in on time this week at The Other McCain.