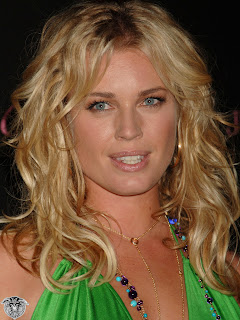 This morning's Rule 5 victim selection is an old stand by,  Rebecca Romijn (also known as Rebecca Romijn-Stamos during her marriage to actor John Stamos) is a model turned actress.  Born in Berserkly California in 1972, she an old hand at both. She started modeling in 1991, and has done most of the usual venues. She helped popularize the "painted on" swimsuit for the SI swimsuit (see below the fold). 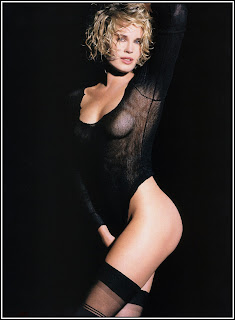 She began a back-up career as an actress in 1998 with a cameo as the bearded lady in the Norm McDonald comedy "Dirty Work", but her best known gig is with the "X-men" franchise for her role as the slightly different, but nevertheless attractive mutant Mystique (that picture is unmystiquable below). According to Wiki..


In these movies her costume consisted of blue makeup and some strategically placed prosthetics on her otherwise nude body.

That's one way to pack the teenagers into the movies.   Works for me. 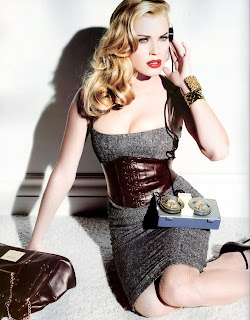 She did the actresses (NSFW kinks) obligatory lesbian action scene (or two or three) in "Femme Fatale" (2002).   Her reaction:


"You know, in my early twenties I wondered if I was interested in women and so I kind of, well ... did my homework. And it turns out I'm pretty straight."

She's is currently married to actor Jerry O'Connell, and has twin daughters. 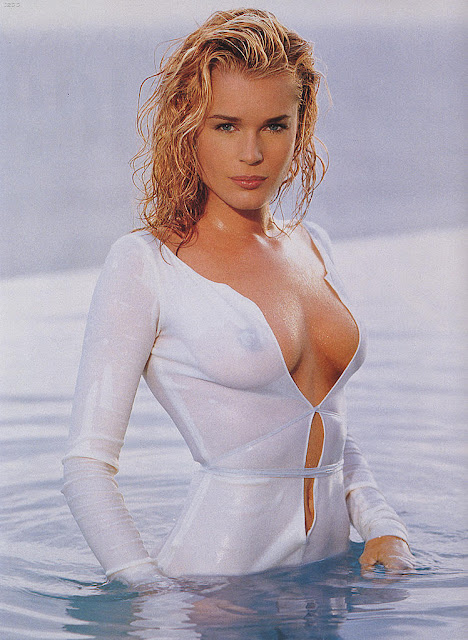 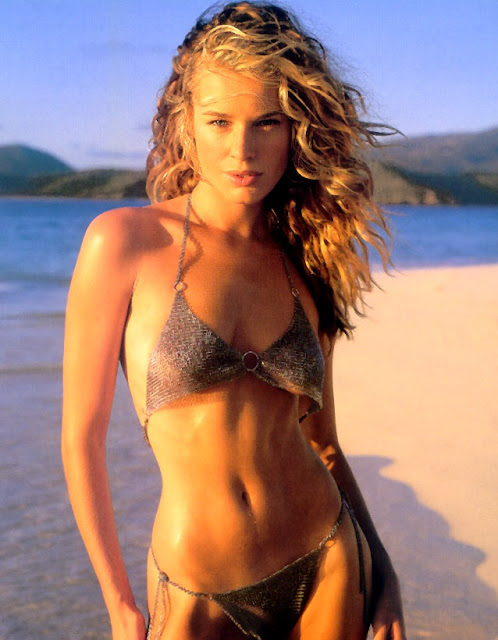 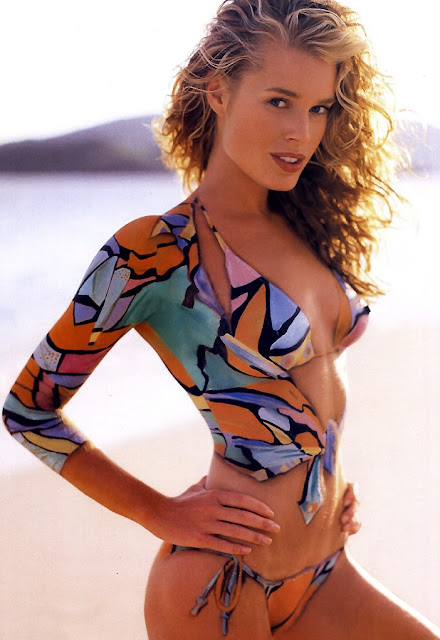 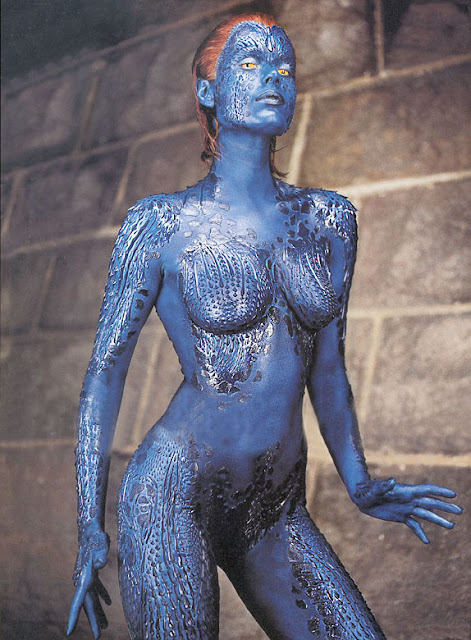 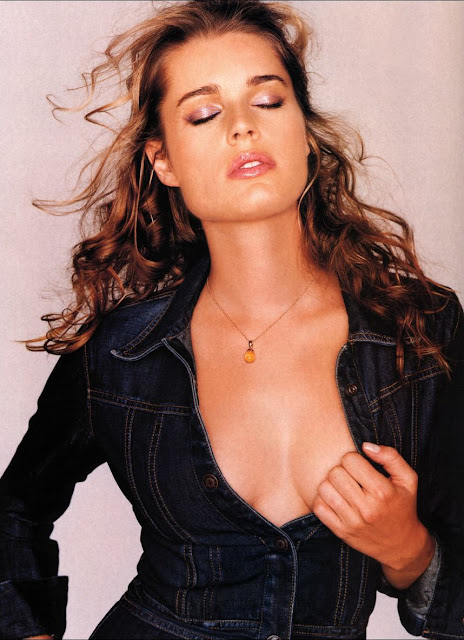 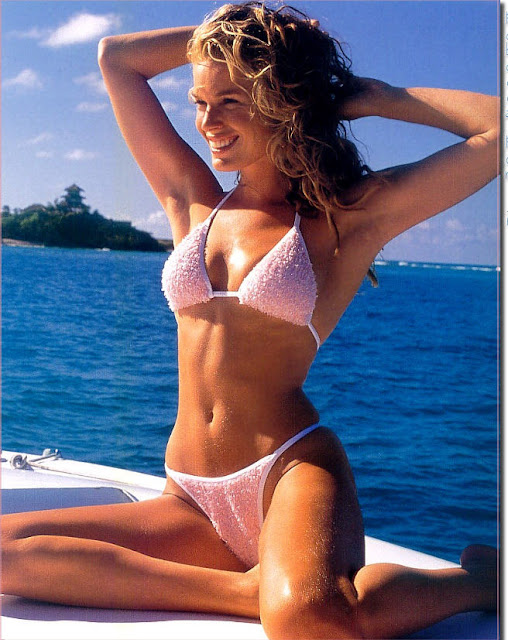 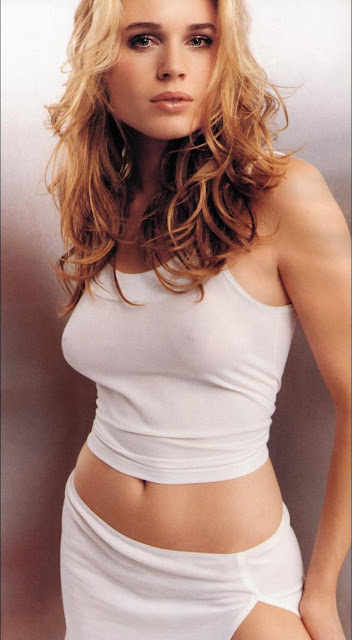 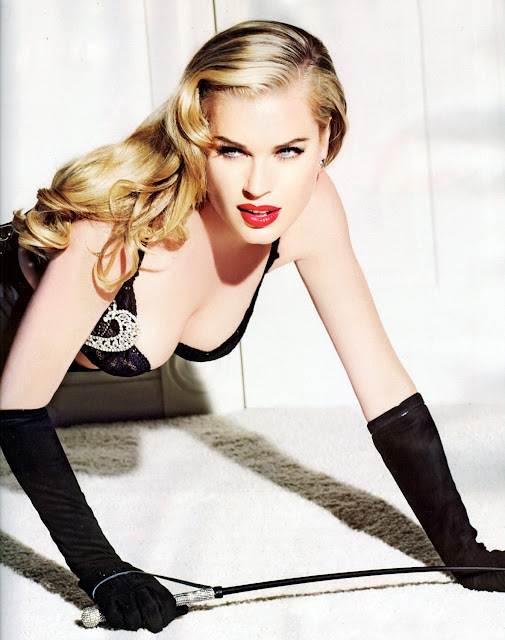 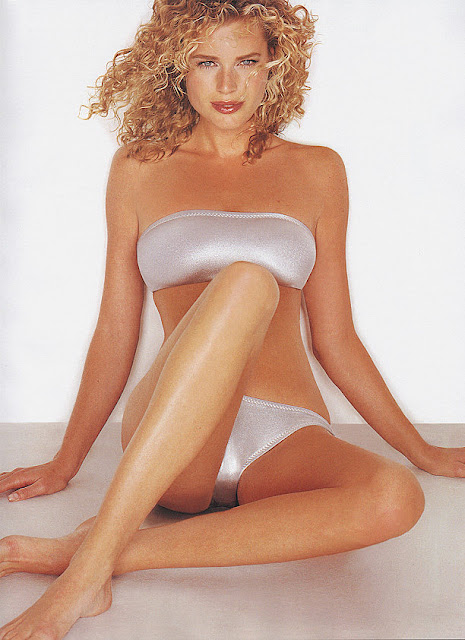 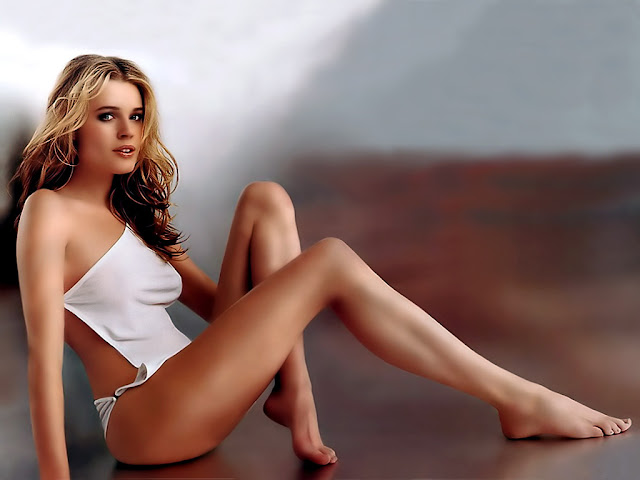 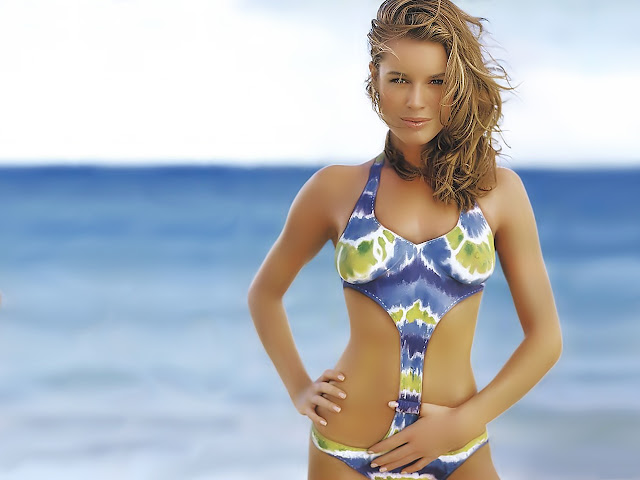 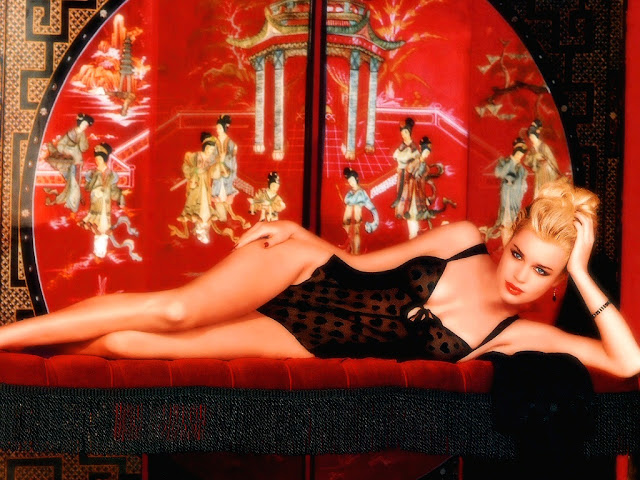 Linked at Pirate's Cove in the weekly "Sorta Blogless Sunday Pinup" and at The American Power Blog's "Rule 5 Father's Day." Wombat-Socho's world famous (not that that's a high bar these days) weekly Rule 5 post "Rule 5 Sunday: Father's Day" came in on time this week at The Other McCain. Also linked a The Classical Liberal Rule 5 Sunday "Keeps on Swinging."
Posted by Fritz at 6:00 AM