The Beach - It's Still There 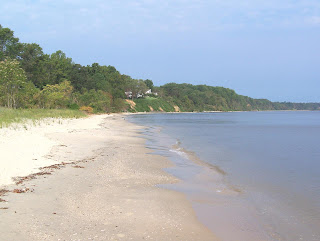 The passage of Irene last Saturday and Sunday made our usual beach walks impossible.  So today, we got out for the first time in 2 weeks.  Skye was nearly beside herself with excitement.  The beach had not changed very much.  Often tropical storms move a lot of sand and debris around and make a big change. 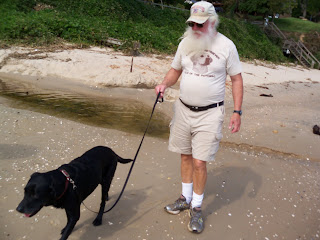 Irene didn't seem to do much; a few logs shifted, and one small slide on the cliffs was all we saw.

Joel and Red are back from their summer vacation in Maine.  He came down just in time to avoid most of the Irene clean up. 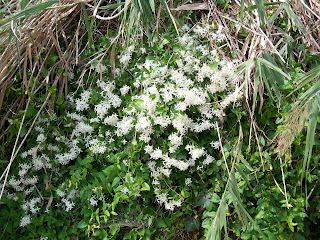 A new flower this week, Sweet Autumn Virgin's bower, Clematis ternifolia, an escaped exotic.  It forms large tangles of vines, that have masses of blooms in late summer and fall.  It is easily confused with Virgin's Bower, Clematis virginiana, a native Clematis. I'm pretty sure this is the exotic, though, based on the leaf shape. 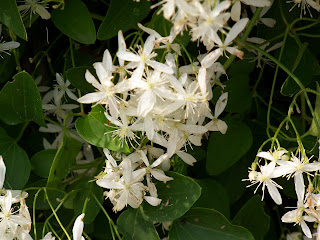 A close up of the flower masses.  They smell really good, too. 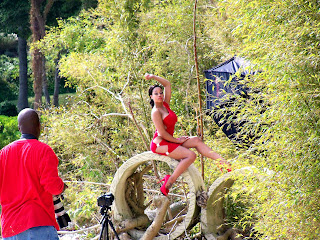 Something I've not run into before on the beach.  A couple of guys taking glamor shots of a woman, using the fancy reflectors and what not.  She was well dressed, but not for the beach. 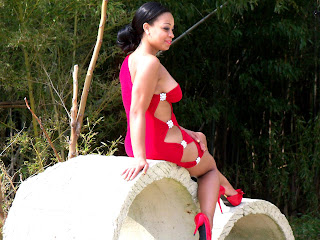 We asked what they were doing (we're not shy, especially Joel), and the photographer said he was taking shots of his wife to add to her modeling portfolio.  I guess I can't help much, because I don't really know who they are, but I can probably figure it out if anyone is interested. 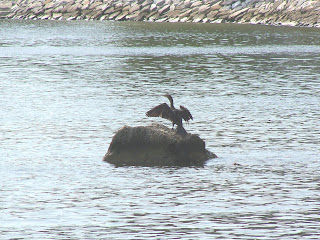