It's Getting Better All the Time 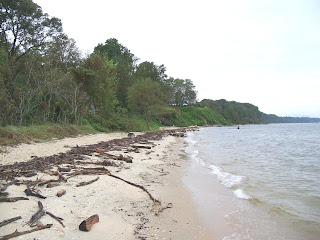 The beach that is.  After the trash that landed on the beach last week from the storms, we were interested to see how much the beach had changed.  While there is still a lot of woody debris down, the beach looks much better.  I'm not worried about the wood.  It will wash further up with higher tides, get buried, and get burned in bonfires. 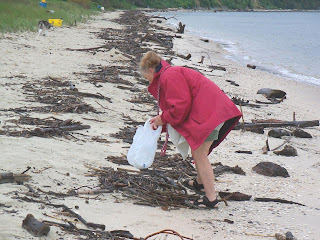 One woman (Mrs Stamper) who walks there nearly every day has been picking up the trash in bags and it has made an enormous difference.  Georgia and I took trash bags down with us today, and on our stretch of beach we had a hard time finding enough plastic trash to fill them. 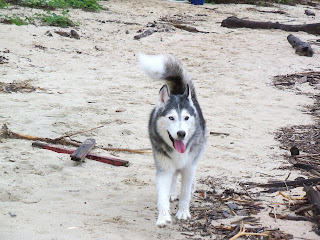 Georgia and the president of the Long Beach Civic Association (who walked with us) discussed getting some kids down in trucks to pick up the big stuff and bags of trash. Skye is not in favor of picking up trash, as it slows the walking pace. 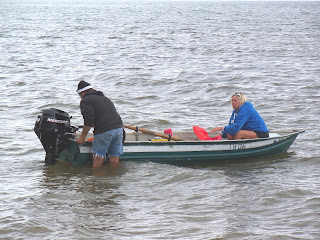 A couple getting set to go out on the bay. 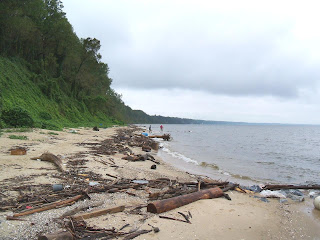 The stretch of beach above where Mrs. Stamper walks daily is still covered with trash.  One person can make a difference. 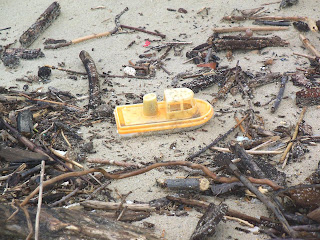 The continuing adventures of Scuffy, the Tugboat.  I'm pretty sure we had that book when I was growing up.  According to Wikipedia, that was the eighth most popular kids book of all time. 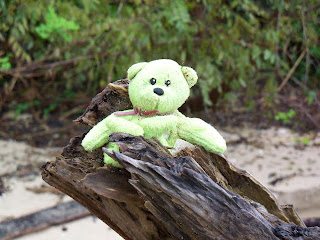 This, on the other hand, looks a bit like one of the Grateful Dead "Dancing" Bears.  Named after Owsley "Bear" Stanley, the bands early road manager, sound man and LSD manufacturer extraordinaire, who died this past March in an automobile accident in Australia.