Trinity College in Dublin was spoofed Thursday when an unknown prankster posted an academic profile of its newest English lecturer: a certain Conan T. Barbarian, complete with Hollywood mug shot of a shirtless, sword-clad Arnold Schwarzenegger in his maiden film role.

Trinity removed the parody site — but not before dozens of fans had archived the Web page of the mock biography and turned it into an Irish viral sensation.

Trinity spokeswoman Caoimhe Ni Lochlainn said the university had never had its Web site disrupted like this before. She confirmed that Trinity was certain it was an inside job, not the work of a hacker.

Dr. Barbarian's Trinity profile contains a warrior's feast of references to the arcane plot of the 1982 film, which was critically panned but a box-office hit that launched Schwarzenegger's movie career.

It claims he has been preparing for the rigors of academic life since being "ripped from his mother's womb." His Ph.D thesis is titled "To Hear the Lamentation of Their Women: Constructions of Masculinity in Contemporary Zamoran Literature." 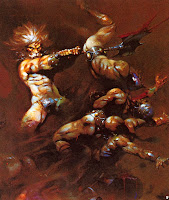 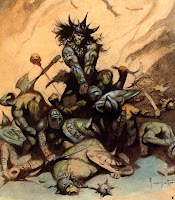