Carla Bruni Can't Wait to Get it Over With 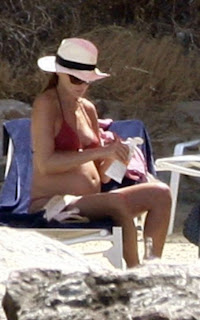 
She said yesterday: ‘Quite frankly, I can’t stand it any more. I spend most of my time either sitting down or lying down. I can’t drink or smoke any more. I’m in a hurry to get it over with.’

The baby – due in six weeks – will be Miss Bruni’s second child. She has a son, Aurelien, born in 2001, with ex-boyfriend Raphael Enthoven.

Back on May 1, I did a Rule 5 post on Carla, heiress, super model, and rock star and last, but not least, First Lady of France.  At that time, people were  speculating she was pregnant with her second child (and her first with her President/husband, Nicolas Sarkozy).  The rumors appear to have been well founded. 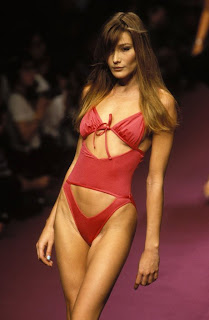 I recall Georgia having similar sentiments with her two pregnancies (except for the smoking), so I don't wish to sound dismissive.  Carla is evidently among the most beautiful and talented women in the world, and to have to sit around, getting heavier and heavier, and not be permitted the simple vices that the French enjoy above all, smoking and drinking has got to be Gauling...


Friends of Miss Bruni told the paper that because she was having a baby after the age of 40, her doctors had urged lots of ‘rest and clean-living’.

The French First Lady has also insisted she will not release photos of the new baby, saying it’s ‘a totally private event’.

No matter, all babies look alike anyway. Fortunately, Carla's life has been well celebrated in pictures. 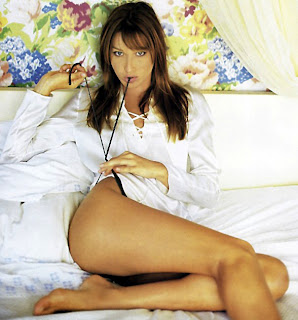 Some suggest that the pregnancy was perpetrated for political purposes (how's that for extended alliteration?)


France’s Marianne news magazine suggested the birth was ideally timed for Mr Sarkozy’s re-election campaign next year, describing the baby as the ‘perfect marketing tool’ for the 55-year-old president.

It wrote: “Politically speaking, the timing of this pregnancy is perfect. It is a ‘marketing-baby’ that will be born just before the last months of presidential campaigning really get going.”

That's a pretty cynical point of view; I like it. Maybe Sarah Palin or Michele Bachmann could use it.

Anyway, I heartily endorse smart, good looking, talented women like Carla reproducing.  Looks, talent and brains are all genetically heritable, and God know the human race needs more of all three.  We may not need more Sarkozy genes, though, he already has three children from his first two marriages. 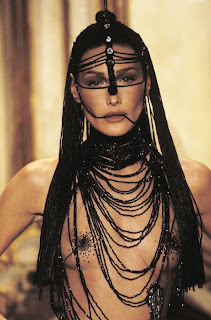 Carla Bruni says her husband is "interested in every type of thing" - including history, geography, and of course politics - but it was his knowledge of gardening that captured her heart.

"When I met him, walking around the garden in the Palais of the Elysee, he keeps giving me all these flowers' names.

"He knows all the Latin names, all these details about tulips and roses.

"I said to myself: 'My God, I must marry this man, he's the president and he knows everything about flowers as well. This is incredible.'" 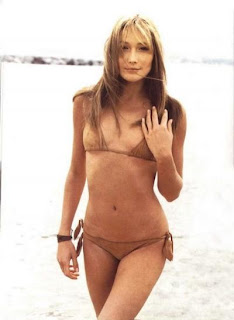 Oh, Carla, I'm interested in flowers, too, and I'm willing to bet I know more about them than Nick, and I'm interested in everything, too  And Georgia would just love to have another woman around the house to help with the housework...  Just leave the baby at the Elysee Palace; I'm sure Nick can find a good nanny.

"Marrying him is very rock-and-roll for someone like me," she says with a laugh.

"Being able to change your life from one day to another, that's really rock-and-roll. Most people wouldn't go for this sort of change.

"Also from his side, it's very rock-and-roll, you know - after all, I'm a songwriter!"

But she insists that they have the opposite of a "rock-and-roll" lifestyle.

"I like peace and solitude and silence. And his day schedule is so frantic that nights, evenings, we keep them for us as much as we can." 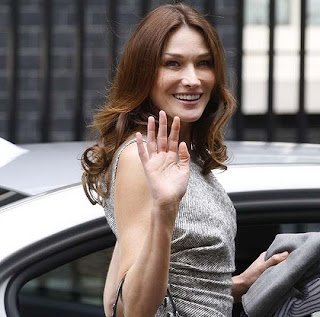 Quiet walks on the beach, occasional fishing trips out on the Bay; I can offer the quiet life, too!  Heck, I might even quit my day job and hang around the house.  And if you want to go back to work as a rock star?  Well, I've been a roadie for less well established bands:


And when she stops being France's first lady, what does she hope to do?

"Just going back to touring, you know. Playing guitar and touring is what I miss the most.

"My dream life is just to go back to my job full-time. And be with my family. You know, regular dreams, common dreams that everyone has."