Actress Daryl Hannah has been arrested at the White House along with other environmental protesters opposing a planned oil pipeline from Canada to the U.S. Gulf Coast.

She wasn't the only "famous" person arrested at the protest.  James Hanson, head of NASA's Goddard Institute of Space Studies, was also arrested at this protest.

The sit-in on Tuesday involved dozens protesting the Keystone XL pipeline. It would go through Montana, South Dakota, Nebraska, Kansas, Oklahoma and Texas to refineries in Houston and Port Arthur, Texas.

Why would an aging (she's only 9 years younger than me) Hollywood actress, and a semi-famous space scientist feel so strongly about a pipeline being built from Canada to the US to carry oil derived for oil shale and tar sands that they would choose to be arrested for protesting it?


Before she was arrested, Hannah told The Associated Press the protesters want to be free from dependence on fossil fuels. The group is calling for clean energy investments instead. Hannah says they hope President Barack Obama will not bow to oil lobbyists.

Beats me.  I would prefer to buy the oil from Canada rather than from Saudi Arabia, Venezuela or Mexico.  If we don't buy the oil, the Canadians will just sell it to the Chinese.

I'm just going to hazard a guess that she didn't drive from California to Washington D.C. in her biodiesel Mercedes Benz.

But I guess starring in a remake of a cheesy Sci-fi movie like "Attack of the 50 ft. Woman" gives her the intellectual brilliance and moral authority to deny market forces, and force us intellectual inferiors to do without gasoline

Hannah as Pris the Pleasure Robot in "Blade Runner"

Hannah sat down on the sidewalk near the White House and refused orders from U.S. Park Police to move. 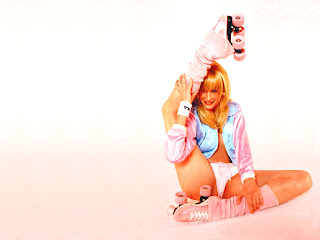 She has also been arrested in the past for environmental causes.

I can tell she's a very serious person... (NSFW link) 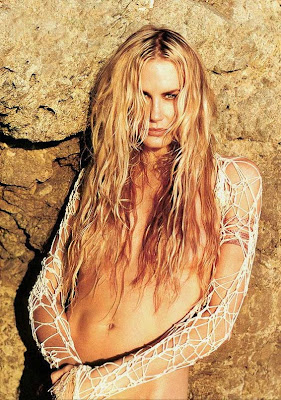 She has participated in "Operation Musashi", the high visibility program of the Sea Shepard Society to actively interfere with Japanese whaling.  I'm honestly shocked that the Japanese haven't "accidentally" harpooned an activist or two.  Without the cover of celebrities like Hannah, they might get away with it.

While I don't support whaling, I strongly disagree that vigilante violence is the appropriate way to stop it. 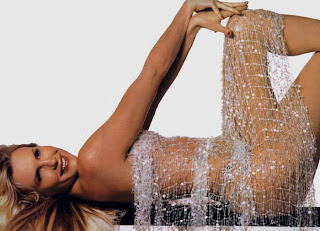 She was also arrested in Los Angeles in 2006 when she chained herself to a walnut tree for three week to try to prevent the bulldozing of a farm in South Central LA by the new owner (You must be kidding, what the hell were they growing?).

Apparently she doesn't believe in the rights of property owners (Can I have her mansion?)

I'd watch that for a day or so just to see how she handled the obvious questions about being chained to a tree for three weeks. 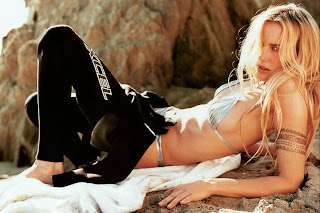 Thanks to Maggie's Notebook for the link on her Rule 5 Post (Emmanuelle Chiriqui), and Wombat-socho at The Other McCain for the link in his weekly list of Rule 5s.  Check them both out, I do!  And more linkage from The Daily Irony, as long as you define irony as hot Asian women.