Quit Picking on the Gingers, Please 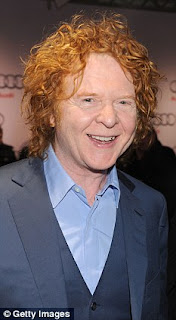 
He may have found fame with Simply Red, but you mustn’t mention the colour of Mick Hucknall’s hair.

The ginger singer claims making fun of his roots is akin to racism.

After facing a series of belittling comments on social networking website Twitter, the 51-year-old told his followers: ‘Let’s play a game: whenever you read “ginger” try replacing it with “black” or “asian” and see how it reads.’

A later post added: ‘Bigots are mostly best ignored. Tho a little outing once in a while spices up ones Tea!’

The pop star questioned why a string of prominent Britons were not similarly defined by the colour of their hair.

‘Interesting also that Prince Harry almost never referred to as Ginger by the media,’ he noted. ‘Or Churchill, or Elizabeth 1 or Shakespeare (allegedly). And lest we forget, dear old Henry VIII!’ 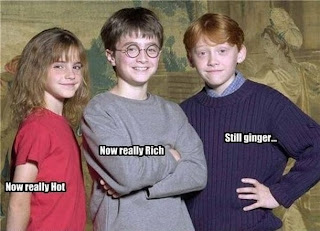 I wasn't aware of any significant prejudice against redheads, uh Gingers in the US until South Park did the "Ginger Episode", where it is posited that Ginger kids have a disease, gingervitus, caused by red hair, fair skin and freckles, and have no soul in Season 9, episode 1: 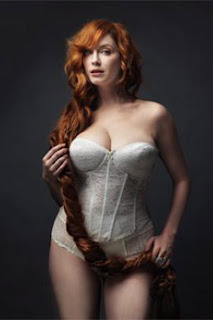 I myself, have always been partial to Gingers, after all I married one.  Gingers have quite a lot to recommend them, such as say, Christina Hendricks.  In fact, being a Ginger wasn't all that bad for Hucknall either:


Hucknall – once known as the Ginger Lothario for his womanising ways – married former art dealer Gabriella Wilke-Wesberry, 40, the mother of his four-year-old daughter Romy True, 13 months ago.

The singer recently revealed he had slept with more than 1,000 women, and offered an extraordinary apology for his actions.

‘I regret the philandering,’ he said. ‘In fact, can I issue a public apology? They know who they are and I’m truly sorry.’ 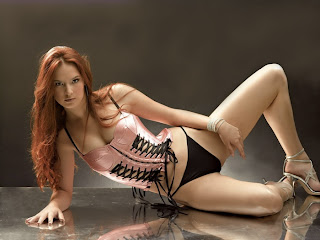 However there were historical instances of extreme prejudice to Gingers:

In 15th-century Germany, redheads were seen as witches and 45,000 were tortured and murdered. Elsewhere, the Egyptians burned ginger people alive, and the Greeks claimed they turned into vampires when they died. 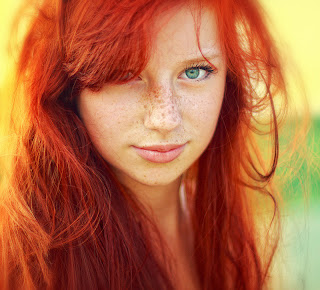 Utterly ridiculous.  Just because they don't have souls, they aren't vampires...

Well, OK, maybe they are.  But they're good vampires then, like Fred Saberhagen's Dracula, not necessarily nice, but good.  I might let her bite me...


Thanks to the Rule 5 Wombat for including this in the weekly Rule 5 compendium over at The Other McCain's.
Posted by Fritz at 4:45 AM