Back to the Beach - The Day of the Raptors 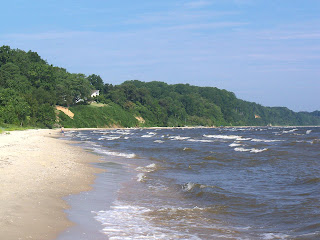 Georgia and I got back from Halifax yesterday evening.  When we arrived at BWI the temperature was around 99 F; quite a shock from the mid 70s in Halifax.

This morning, the temperature was already in the mid 80s, but a 10-15 mph North wind made it pretty nice out. 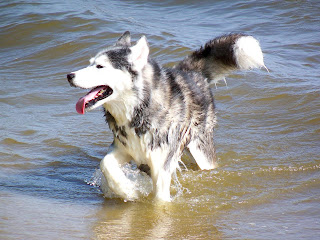 We bailed Skye out of the kennel this morning at 9:00 and headed straight to the beach. She was pretty thrilled to be back, both with us and to get down to the beach and get all wet. 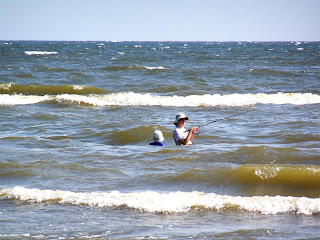 There were lots of people out using the beach.  I don't think this woman was catching many fish, but I'm not entirely sure that was the point... 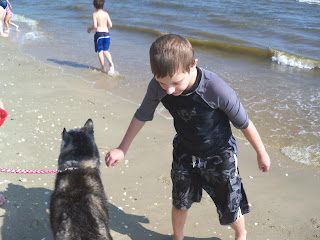 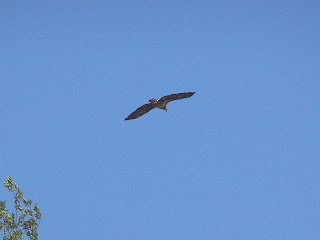 But the big story today was the raptors.  The north wind creates a nice wave of uplift over the cliffs, and the Bald Eagles and Ospreys were out in force, cruising.  The first thing I saw was this juvenile Bald Eagle being harassed by an Osprey.  The Osprey would dive from overhead and the Eagle would flip over on it's back to put it's talons up in protection. 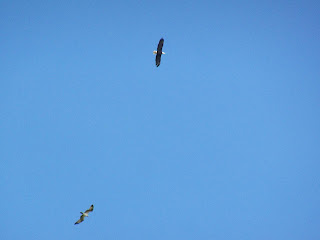 However, the Ospreys (lower left) didn't mess with the adult Eagles (upper center), who were also cruising about.  Normally, the adult Eagles would prefer to steal their food from Ospreys than to fish for themselves; I guess it's hard to blame the Ospreys for taking it out on the young ones while they're still a little inexperienced. 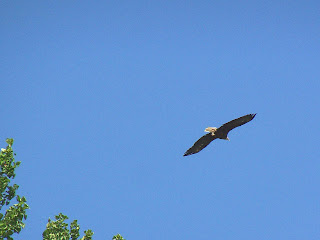 Just cruising over the treetops. 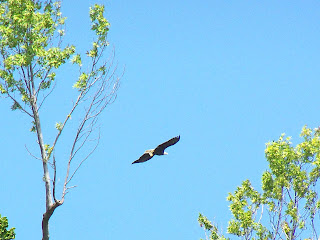