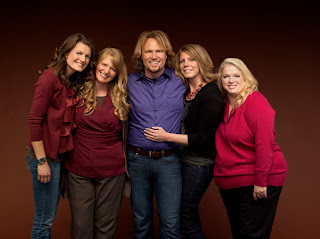 If Gays get Gay Marriage, Why Shouldn't Plurals get Bigamy?


Utah’s complicated history with polygamy will start a new chapter Wednesday when an attorney for a reality-show family files a lawsuit that could send the state’s ban on plural marriage to the U.S. Supreme Court.

Nationally-known constitutional law professor Jonathan Turley said the lawsuit to be filed in U.S. District Court in Salt Lake City will not call for plural marriages to be recognized by the state. Instead, it asks for polygamy between consenting adults like his clients, former Utahn Kody Brown and his wives, to no longer be considered a crime.

"We are only challenging the right of the state to prosecute people for their private relations and demanding equal treatment with other citizens in living their lives according to their own beliefs," Turley said in a press release. The Browns star in the TLC network show "Sister Wives." There is no word yet on whether they will appear in a press conference scheduled for Wednesday.

I would think one wife is sufficient, but others may disagree.  Who is to gain say them?

The camel is at least half way into the tent by now anyway.  It might be easier to let it in, and then push it back out the front door.
Posted by Fritz at 6:00 AM