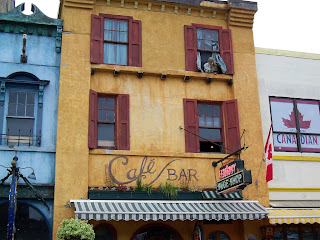 Not too much to report.  A long day of meetings.  Much mercury was discussed.  I may even recall some of it later.  So instead, how about a couple of photos?

Economy Shoe Store is one of the many cafes in the strip between our hotel and the convention center.  Reputedly, it got it's name when they couldn't afford a new sign when they first opened.  They seem to be doing well this week. 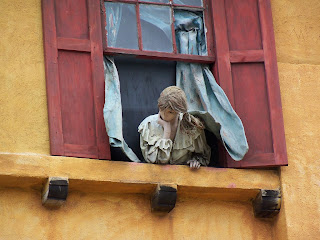 So who's that girl hanging out the window?  Click to enlarge.
Posted by Fritz at 5:26 PM