Tell Me Something I Don't Know

Yes, having a dog or a cat really is good for you


A team of psychologists from Miami University and St. Louis University conducted a series of studies aimed at trying to tease out the benefits of pet ownership. “Although there is correlational evidence that pets may help individuals facing significant life stressors, little is known about the well-being benefits of patterns for everyday people,” they wrote in a paper published online this week by the Journal of Personality and Social Psychology.

In the first part of the research, 217 people answered detailed questionnaires online designed to determine whether pet owners tend to be different from people who do not own pets. The survey assessed variables such as depression, loneliness, self-esteem, illness, activity level and their relationships with other people. The researchers found that, in fact, there were lots of differences, with pet owners faring much better overall. For example, pet owners tended to be less lonely, have higher self-esteem, get more exercise, be more extroverted and were less fearful about getting close to other people.

So being a pet owner makes you a better person.


In the second part of the research, the researchers studied 56 dog owners. In addition to filling out the same questionnaire used in the first part of the study, the researchers also gathered detailed information about how they related to their dogs, and to other people. The owners tended to get the most benefit from having a canine companion when their dogs “complemented rather than competed” with humans in their lives, the researchers found.

“In fact ... we repeatedly observed evidence that people who enjoyed greater benefits from their pets also were closer to other important people in their lives and received more support from them, not less,” the researchers wrote. 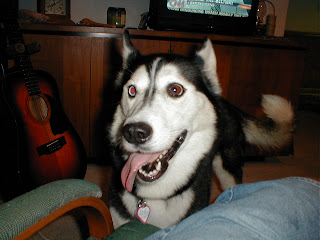 And dog owners are more lovable...


Dogs that were less fearful, more active and less aggressive toward people and other animals seemed to fulfill their owners’ needs the best, the researchers found.