Sweaty at the Beach 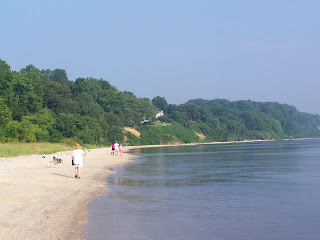 After yesterday's horrible afternoon heat (100+), the morning came sweaty; the heat was down to a mere 78 at 6 AM, but the humidity was over 80%.  My glasses fogged as soon as I walked outside, as did the camera lens.  Not much wind, and it warmed to 85 in the time we were out.  By the time we got home we were soaked with sweat. 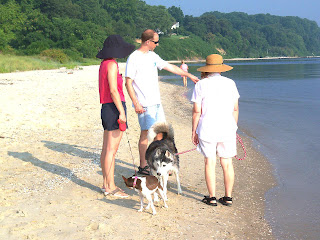 Georgia speaks with our neighbors Clint and Theresa, while Skye and Abbe get reacquainted.  Cliff told us there had been a "crab jubilee" earlier in the week, a sign that deep anoxic water had been blown up near the shoreline 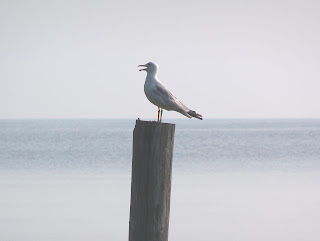 Even the Seagulls were panting. 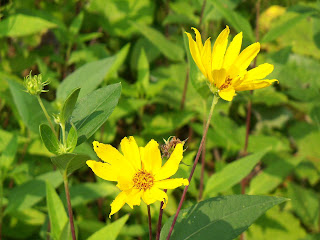 A new flower opened on the debris at the foot of the cliff. I'm not quite sure which composite it is, but it's pretty common around here, in disturbed areas where roads border forests. 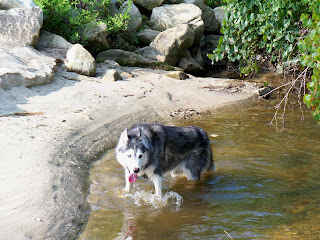 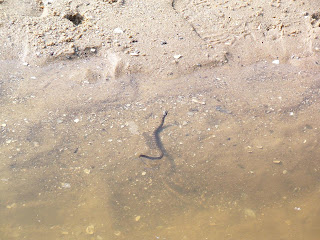 A little Northern Water Snake at the stream by Matoaka Cottages. 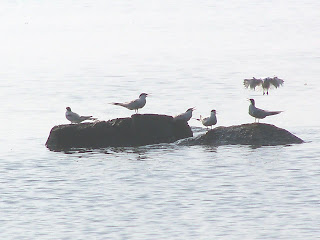 Make room!  Some Terns (probably Common Terns, maybe Forster's Tern), on one of the rocks on the south jetty at Flag Harbor.
Posted by Fritz at 10:49 AM