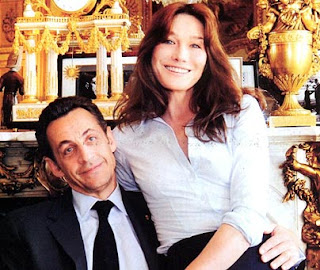 My previous discussions of heads of state with pretty wives and/or girl friends (here, here here and here .) would not be complete without the current first lady of France, Carla Bruni.  As a biography, she is as close to the fairytale princess as the modern world can produce. Last picture with Nick, I promise. 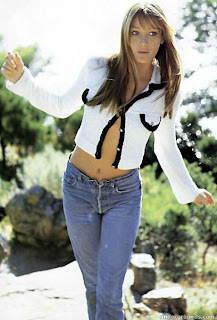 Born in 1967 into a Italian family wealthy from tire manufacturing, and an heiress in her own right, her family reputedly moved from Italy to France to avoid the threat of kidnapping by the Red Brigades.

Blessed with good looks and confidence (and who knows, maybe a little help from family friends), she became a professional model at 19, with one of her first jobs at Guess Jeans. 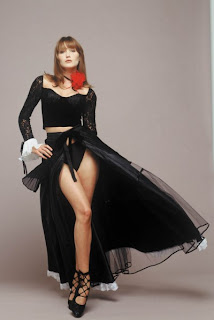 Subsequently she became a so called "supermodel", modeling for many companies and bringing in an estimated $7.5 million per year during the mid 1990s, and dated such notables as Mick Jagger (why?) and Eric Clapton (OK, I guess).  In 2008,  a nude photo of her sold at auction for $91,000, a bit out of my price range... 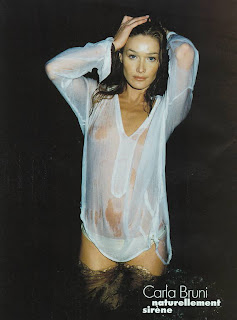 Not content with the world of fashion, in 1997 she quit, and became a professional musician.  In 2002, her first album, Quelqu'un m'a dit, was produce and sold in French speaking countries.  She has recorded 3 solo albums, and has sung on albums by Harry Connick Jr. and others, as well as numerous public performances including Nelson Mandela's birthday in 2009 at Radio City Music Hall in New York. 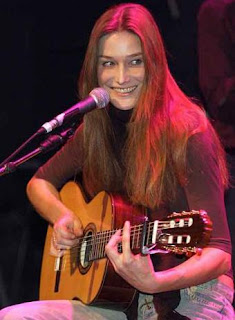 So, after being born wealthy, becoming a supermodel based on your good looks, and a recording and performing star, what's left?


Marry the guy who runs the country, that's what!  She married Nicolas Sarkozy in Feb 2008, a few months after his divorce from his first wife (Oct. 2007), and fairly shortly after he was elected President of the French Republic (Jan. 2007).  Is there any aphrodisiac stronger than power?

Not surprisingly, hints of marital infidelity by both parties have been floated in the media:


She has said she is easily "bored with monogamy", and that "love lasts a long time, but burning desire — two to three weeks".

However, in the last few days CBS reports that Carla and Nicolas are expecting a baby (she already has a nine year old son by another man).  The couple has neither confirmed or denied these reports.  If true, the kid will have trouble living up to his or her parents reputations.

Rule 5 refers to Stacey McCain's 5 rules for getting a million blog hits. #5 "Everybody loves a pretty girl".  Stacey has compendium of Rule 5 posts weekly usually on Sunday, where mine have been linked the last few weeks.  If you like this one, don't miss it.  Thanks to Maggie's Notebook for the first link!  Check out her Rule 5 swimsuit post.  The Classical Liberal also links with his Rule 5 compendium.

UPDATE: Due to the upsurge in interest in Carla's pregnancy, I've made a new post! New pictures!
Posted by Fritz at 2:58 PM