How to Build a Schizophrenic Computer


To gain new insight into how schizophrenia might affect the human brain, Hoffmann and Miikkulainen tried to give a storytelling computer system the same problem.

To make a schizophrenic computer, they began with an artificial neural network called DISCERN that Miikkulainen has been working on intermittently since the 1990s. DISCERN is a computer model designed to function as a biological neural network—like a brain. Instead of neurons, DISCERN has small sections of isolated computer code that form networks called modules. These modules are then linked together to form a still larger, more complicated network. Unlike a computer program, where the computer is explicitly told what an output should be for a given input, DISCERN is designed to learn from the inputs what the correct output should be. 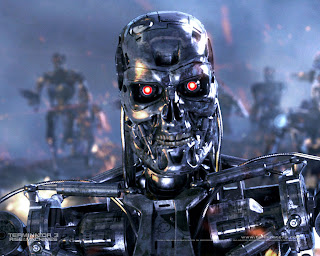 To make DISCERN start acting like a schizophrenic brain, however, researchers changed these modules to mimic different kinds of brain damage. Miikkulainen and Uli Grasemann reprogrammed the memory encoder so that it would learn at an accelerated rate, forcing the computer to remember story details that it would have normally dismissed as irrelevant. Instead of learning the stories faster, DISCERN got confused, mixing up stories with entirely different plot lines. When they did the same thing to the story generator, DISCERN began inserting itself into the third person stories, even claiming at one point that it planted a bomb. (The bomb scene was part of a terrorist story, but with the memory encoder on hyperdrive, DISCERN thought that the story was in the first person and placed itself as the terrorist in the story.)

Now they just need to sell it to the government to manage our defenses...


I think that must be what happened to Georgia's computer today.  Either that, or it's Microsoft memory area suffered a meltdown.
Posted by Fritz at 10:33 PM

Email ThisBlogThis!Share to TwitterShare to FacebookShare to Pinterest
Labels: computer