One giant pint for mankind: Beer designed to be drunk in zero gravity by space tourists


Wherever man has ventured, beer has followed. Now, two Australian entrepreneurs hope that will include space. The pair have developed a full-bodied brew they believe can stand up to the trials of being drunk in zero gravity.

Problems faced by astronauts include swelling of the tongue with a loss of taste sensation, but it is hoped that space engineers have developed the perfect beer to counter this... Mr Mitchell and Mr Held decided that a full-bodied, flavoursome, stout-style beer would work best to counter the loss of taste sensation that takes place when the tongue swells in space. Your face puffs out a little bit, your tongue swells up a little bit - it's not extreme, but kind of like having a bad head cold,' Mr Held said.

'So we wanted to have a flavour that would be strong enough, that would punch through that.'...

You're not making the experience of drinking in space very appealing here.  And it gets worse..


There is also the problem of carbonation and burping. On Earth, due to gravity acting on the stomach, the gas and liquid in the beer separate. However, in space, they come up together in what is called a wet burp. That, explained Mr Held, can be very uncomfortable. This means a space beer must be low in carbonation.

'At the end of the day you could have a beer with no bubbles,' said Mr Held. 'But it doesn't taste very good because it's really just an alcoholic tea. We didn't want to do that to the astronauts.' 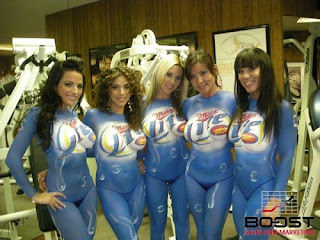 They must not be too serious about this; I don't see any beer girls in their article.
Posted by Fritz at 5:00 AM