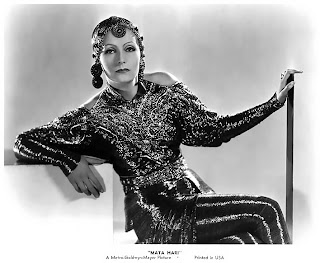 Time for another Rule 5 Post!  Somewhere, in an odd corner of the internet I ran into some digital copies of what appear to be old black and white promotional photos of Hollywood stars  and I thought I would share some of them: 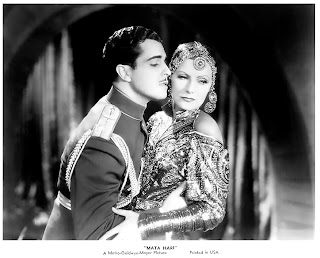 First, here's Greta Garbo starring as Mata Hari, the Dutch exotic dancer convicted and executed by France in 1910 for spying for the Germans.  There's probably a good Rule 5 Post in there somewhere too.

She is widely quoted as having said "I want to be alone", but she denied that, saying "I only said 'I wanted to be let alone.' There is all the difference." 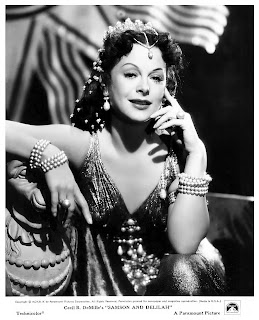 An old friend, Hedy Lamar, who I posted about a few weekends ago.  She was quite an interesting character outside of her work in the movies, and it's well worth delving into her story.  Here she stars as a classic temptress in "Samson and Delilah."  She seems to have fallen into that role a lot, and quite naturally. 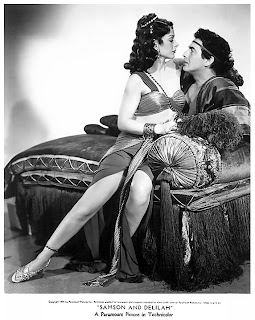 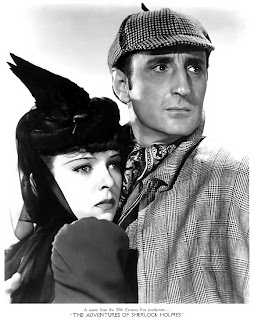 Ida Lupino, with Basil Rathbone in the classic "Adventures of Sherlock Holmes."  On a personal note, I had occasion to help take care of Basil Rathbone's pet turtle when I was a teenager working in a tropical fish store in Los Angeles.  Ah, one of my few brushes with fame.  She also starred with Bogie in "High Sierra", and became a director in her own right. 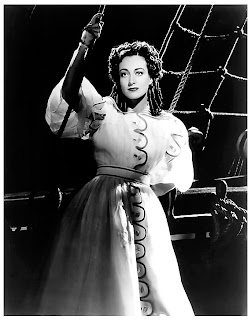 Joan Crawford.  I haven't figured out where this one came from, but I'm guessing some pirate movie.  Joan had a nasty book, "Mommy Dearest" written about her by her daughter Christina, who accused her of vicious child abuse. The book was later made into a movie of the same name.

Best Quote: "I need sex for a clear complexion, but I`d rather do it for love." 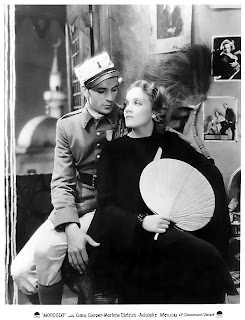 Marlene Dietrich with Gary Cooper in "Morocco". From Wikipedia:


"Dietrich was known to have strong political convictions and the mind to speak them. In interviews, Dietrich stated that she had been approached by representatives of the Nazi Party to return to Germany, but had turned them down flat... Dietrich became one of the first celebrities to raise war bonds. She toured the US from January 1942 to September 1943 (appearing before 250,000 troops on the Pacific Coast leg of her tour alone) and it is said that she sold more war bonds than any other star. 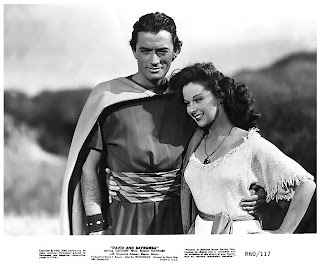 She starred in over 50 movies. When she was my age, she'd been dead for two years... Brain cancer followed by pneumonia. 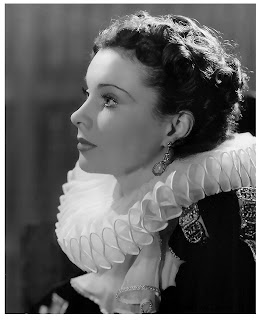 Vivian Leigh starring a Queen Elizabeth the First in "Fire over England". A product of the British Empire, born in India, Vivian made a habit of playing American Southern Belles. She also had a habit of Laurence Olivier; she was quoted that she "would rather have lived a short life with Larry [Olivier] than face a long one without him". She had what was probably bipolar disorder (back then, we'd have called her crazy). She also suffered from recurrent tuberculosis, which killed her in the end, at 54.


Rule 5 posts come from Stacey McCain's post on "How to Get a Million Blog Hits in Less Than a Year", the fifth rule of which states (in part) "Everybody Loves a Pretty Girl". I guess I need to review Rules 1-4, as I seem likely to fall short of that goal. I'm approaching the 6 month mark in a few day, and I'm at least an order of magnitude off the 500,000 mark. I'll put up a six month review in a couple of days. though. It's been interesting.
Posted by Fritz at 12:01 AM