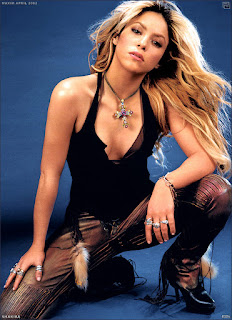 Outkick, Shakira Gets Revenge By Putting Her Logo On Ex's Barcelona Uniform

As everyone knows Colombian popstar Shakira’s hips don’t lie (though they do get investigated for tax evasion). Now, her logo will grace the jerseys FC Barcelona’s jerseys.

This has come about thanks to Barcelona’s usual jersey sponsor, Spotify. The idea of throwing Shakira’s logo on there is intended to promote her upcoming album.

As you were no doubt aware, she has an upcoming album. 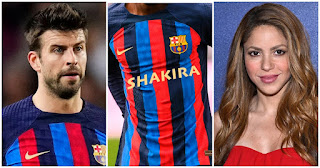 What makes the Shakira sponsorship so interesting is that her ex-husband, Gerard Piqué, plays for Barcelona.Shakira — seen here telling the truth via her hips during the Super Bowl LIV Halftime Show — is about to get some revenge on her ex-husband by putting her logo on his soccer team’s jerseys.

The former Mr. and Mrs. Shakira went there separate ways back earlier this year, reportedly due to Piqué’s alleged infidelity. 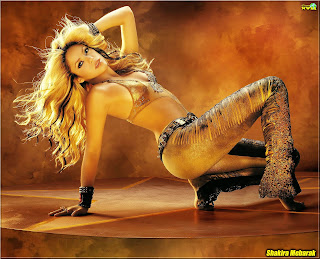 That’s a tough break for him, but an absolute win for Shakira.

Can you imagine having to go to work, and when you show up, your boss is like “Hey, put on this shirt.”

So you do, but when you look down it has your ex’s name and logo scrawled across the front.

“Can and will,” you boss would say, before reminding you that you get paid €28.4 million to play defense in a sport where a lot of games end 0-0.

The Wombat has Rule 5 Sunday: Gisele Bundchen up and clicking at The Other McCain.