Look at that headline. Notice something strange? I call your attention to the phrase “Fetterman Supporters.” Who are these people? And while we’re at it — “Undecided Voters,” really? After watching that idiot (who was already an idiot, even before suffering a debilitating neurological trauma) babble incoherently on national TV, who could possibly still be “undecided” about whether Fetterman is fit for office?

Dan Chaitin at WaEx cites the reporter who lowered expectations before debate: Fetterman 'much worse' than predicted. Jazz Shaw at Haut Hair, CNN: Fetterman supporters "concerned" debate may have hurt his chances.  At Protein Wisdom (reborn) Jeff Goldstein writes Fetter(my good God), man! Vicky Taft at PJ VIP, Would You Want John Fetterman Driving Your Kid's School Bus?. Jim Treacher notes Fetterman's Lines Were Canned, But He Couldn't Read the Labels. He could spit back a few garbled phrases of traditional liberal Democrat cant, but that was about it. John Podhoretz at NYPo, John Fetterman debate was painful and shameful — he is physically incapable of being a senator. 'Bonchie' at Red State finds a CNN Medical Analyst who Talks About Fetterman's Condition, and It's Not Good, Jack Pandol@jackpandol, "Wow. Cardiologist/medical analyst Dr. Jonathan Reiner: “Fetterman’s residual neurological injury is substantial. Much greater than his campaign has led the public to believe. It’s more than just processing hearing. It’s incredibly sad to watch.” https://cnn.com/2022/10/26/politics/john-fetterman-oz-debate-pa-senate-stroke/index.html… #pasen" Sarah Hoyt at Insty, THEY’RE RIGHT, THE TECH WHO BUILT THE FETTERMAN ANDROID IS LACKING: Fetterman Team Blames Tech For Bad Debate. "To be fair like the aliens who created Joe Biden, they’d probably never seen a real human." Natalie Winters at the War Room reports Fetterman’s Finance Director Tweeted ‘N*IGGA’ While Attacking Republicans As Anti-Black. "In a stunning display of hypocrisy, a Finance Director for Democratic Pennslyvania Senate candidate John Fetterman, Kelsey Denny, repeatedly used racial and gay slurs on social media, War Room can reveal. The unearthed posts, which include words such as “n*gga” and “f*g,” appear to be at odds with more recent posts from the Fetterman aide promising to “fight for the lives of the Black community” against Republicans." ET claims 6 Takeaways From Fetterman–Oz Pennsylvania Senate Debate. Twitchy reports that, shockingly, Keith Olbermann not taking John Fetterman’s debate trouncing very well. He's still a thing? Atop Da Hill, Democrats in second-guessing mode after Fetterman-Oz Pennsylvania debate. Matt Palumbo at Bongino finds Betting Odds Surge in Dr. Oz's Favor Following Trainwreck John Fetterman Debate Performance. David Strom at Haut Hair looks at Democrats' mentally unfit candidates. 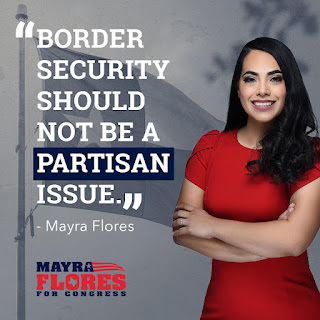 Julio Rojas at Town Hall is shocked, shocked that Mayra Flores Prevented From Joining the Congressional Hispanic Caucus. We knew it was just a Democrat front group. At Haut Hair Beege Wellborn finds Jennifer-Ruth Green's sexual assault records released by the Air Force to an oppo research firm "In a report that just broke on Fox digital, the Air Force is taking “full responsibility” for the unauthorized release of LtCol Jennifer-Ruth Green’s personal military records, according to Indiana Representatives Jim Banks and Larry Buchson." Head should roll, but they won't. 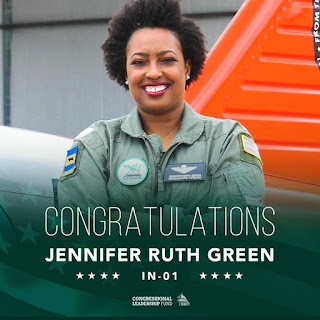 Nick Arama at Red State, says Another Debate Goes Very Wrong for Dems: Whitmer Busted on Big Lie. "But listen as Gretchen Whitmer claims that she only kept kids out of schools for three months as she tried to explain why school test scores are plunging . . . The truth? Whitmer closed schools from March 2020 through April 5. Then, she extended that closure to the rest of the school year into June. Then in the next school year, her Department of Health shut down high schools and colleges again in November 2020." At WaPoo, Three men convicted of aiding plot to kidnap Michigan Gov. Whitmer. Any of the FBI guys who actually instigated the plot?

Jack Philips at ET reports Dozens of Former Charlie Crist Staffers and Colleagues Endorse Ron DeSantis for Governor. To be fair, he used to claim to be a Republican. At JTN, Trump backs Leavitt in New Hampshire's closely watched congressional race. "Trump announced that he is backing his former press secretary's campaign for New Hampshire’s 1st Congressional District in the neck-and-neck race, with less than two weeks until the Nov. 8 elections." Also at JTN, Turncoat? Rove Super PAC boosts Democrat Shapiro in Pennsylvania over GOP opponent. "Rove has referred to both GOP gubernatorial nominee Doug Mastriano and Democratic Senate candidate John Fetterman as "extremists outside of the mainstream." The Republican Party left him.

Stacy McCain takes note of how Ted Cruz Schools ‘The View’ on Jan. 6.  It shouldn't take a national debate champion. Victory Girls Ted Cruz Says Appearance On The View Was “Ridiculous Fun”. Althouse, "But then I also saw other cases where the individual was simply walking into the Capitol building with the permission of Capitol police officers..."

"... and had told the FBI that very same fact, and, on occasion, there was surveillance video to support it. Kind of seemed to me that it was a waste of our valuable resources to pursue even an interview with that individual if we had them on video not committing any crime and just walking into the Capitol building, which is their right to do as an American citizen."

Also, "Justice Elena Kagan on Wednesday temporarily blocked a subpoena from the House committee investigating the Jan. 6 attack on the Capitol for phone records of Kelli Ward..." Fishing license suspended, at least temporarily.

Naomi Wolfe at Front Page on The Democrats’ War on ‘Executive Privilege’, "How it will harm our country."

I believe that this is a dark time for America: because banana republics will “banana republic.” Those on the Left now cheering the debanking, deplatforming, silencing, arrests, the shackling in handcuffs and leg irons, and the bankrupting of those on the Right, or of independent critics of this administration, should realize that there is nothing to cheer for. The events they applaud, can cast shadows over their own future paths; on all of our future paths. They should understand that in an increasingly repressive reality, history shows that each future administration will be devoured by its successor. The unitary, nonpartisan rule of law, in a robust Republic, in contrast, protects us all.

Doug McKinnon at Town Hall wonders Will a Biden go to Prison instead of Trump?. But which one? So many choices.  "I would not want to be part of the greater Biden family if the Democratic Cabal decides that all of them are suddenly and permanently, much more trouble than they are worth."

At Fox, Rubio canvasser attack: 2nd suspect arrested, police say he confronted victim for being Republican "A second suspect has been arrested in connection with the brutal attack on a Marco Rubio canvasser." Will it be tried as a hate crime?