According to four administration officials, the main allegations were brought forth by Vice President Mike Pence’s Army physician Dr. Jennifer Pena, who is assigned to Pence by the White House Medical Unit and does not work directly for the office of the Vice President. Those officials contend Pena has held a long-time grudge against Jackson because of his continuing promotions in the White House. She began her career at the White House during the Obama administration. According to the officials, Pena, who is still active military and assigned to the White House Military Office, did not follow proper protocol to report on the allegations. Instead, she went directly to the Senate with the support of some current and former White House medical staff who were her loyalists. None of the allegations she allegedly brought forth have been substantiated.

Pence’s spokesman, Deputy Assistant Jarrod Agen could not be reached immediately for comment. Pena, who was appointed to the White House Medical Unit during the Obama administration, did not return several calls for comment. According to Democrats with the Senate Veteran’s Affairs Committee the bombshell allegations were allegedly backed by 23 individuals, but the committee did not release the names of those individuals bringing the allegations.

Jackson, who served in the White House under three administrations, withdrew his nomination for Veteran’s Affairs and stories contending he is no longer the President’s physician are only partially accurate. Jackson had abdicated his role as the President’s physician when he was nominated by Trump for the Veteran’s Affairs Administration but as of Monday, he continues to work in the White House Medical Unit.

Interestingly, when I google Dr. Jennifer Pena, this is one of the links at the top of the list:  Department of Defense Inspector General Refuses to Investigate Army Doc Whistleblower’s Complaint which appears to link Dr. Pena to a similar series of complaints back when she was a Dr. at William Beaumont Army Medical Center in El Paso, Texas. There are a lot of danger flags on this story. Mostly,  it is  just a blogspot blog (I know, I know), with a single post in 2010, this one. Could it be a recent hit job? As far as I know, it is possible to pre-date a blogspot post, so it could have been created yesterday. The author is completely anonymous, but seems to have good access to social media pictures of the characters involved. And the pictures of Dr. Pena in the post seem to be a younger version of the same woman as her Linkedin page. So with a giant grain of salt, lets jump in:


In March 2009, 4 months before starting his new position, Dr. Czr wrote a private letter to Congressman Silvestre Reyes relaying his concerns about the inadequate care that the local Veterans Affairs was providing to its patients. In this letter, Dr. Czr called for the termination of a federal employee, retired Colonel Mary Ancker, who was the liaison between the VA hospital and the military hospital. Ms. Ancker obtained a copy of his private letter and emailed a copy several hospital leaders at William Beaumont Army Medical Center including Dr. Czr’s supervisor, Dr. Kent DeZee on April 7, 2009.  In this email, Ms. Ancker demanded a public apology for Dr. Czr’s private letter.

Immediately, Dr. Kent DeZee then circulated Dr. Czr’s private letter to several other physicians in the hospital and to the residency committee in an effort to remove Dr. Czr from starting his position as chief of medical residents. In his own sworn statement, Dr. DeZee stated he and the committee wanted to “fire” Dr. Czr for his congressional letter but they could not because of the federal whistleblower’s act.  According to Dr. Czr, Dr. DeZee stated that “everyone up to the hospital commander”, the military equivalent of the Hospital CEO, had seen his letter.  The hospital commander at this time was Colonel (Dr.) James Baunchalk.  Dr. Czr requested the notes from this meeting through the Freedom of Information Act, but Colonel Baunchalk and his lawyers have refused to comply.  Dr. Czr also requested the email correspondence between Dr. DeZee and other physicians in the hospital to include Dr. Baunchalk through the Freedom of Information Act, but again Dr. Baunchalk and his lawyers have refused to comply.

When Dr. DeZee would not “fire” Dr. Czr from starting his position, the secretary of the residency program, Ms. Linda Palomarez, told Dr. Czr that he should resign because of the controversy in his congressional letter.  Soon after several senior physicians in the residency program also told Dr. Czr to resign from his future position as the chief resident to include the chief of the Department of Medicine, Colonel Wayne T. Frank.  Dr. Czr refused to resign.

So where is Dr. Pena in all this?


After Dr. DeZee failed to fire Dr. Czr, to force his resignation, and to create a petition to have Dr. Czr removed he then ordered an intern to file a sexual harassment claim against him.  On May 26, 2009 (less than 2 months before Dr. Czr would have started his position as chief resident), Dr. DeZee ordered Captain (Dr.) Jennifer Marie Pena, an intern who was transferring to Walter Reed in less than 2 months, to file a sexual harassment claim.  Dr. DeZee also transferred to Walter Reed at the beginning of July 2009.

According to the subsequent investigation, Dr. Pena had unsuccessfully sought a romantic relationship with Dr. Czr while she was engaged to her first fiancé.  However, during the investigation, she falsely claimed she wanted nothing but a professional relationship with Dr. Czr and that she had rejected his advances numerous times. Yet she had divulged personal matters in her life such as her induction into Yale’s Skull and Bones Society, her mother losing her job, and her fiancé’s infidelity. In addition, Dr. Pena shared with Dr. Czr a childhood story when her father, a formal army pharmacist, asked the judge at a custody hearing why should he pay child support when he knew his daughters would grow up to be prostitutes. Finally, records show that Dr. Czr and his wife reported that Dr. Pena was pursuing to break up Dr. Czr’s marriage and had bought Dr. Czr a gift during this same time period that Dr. Pena was allegedly sexually harassed.  In the investigation, Dr. Czr stated that Dr. Pena began making frightening comments to him such as she hoped that his wife would have something “bad happen” so she could be with Dr. Czr and that Dr. Pena claimed she could be a better mother than his wife.

Dr. Pena’s transfer to Walter Reed was known since December 2008 and her stated reason was to be near her first fiancé, a civilian anesthesiology intern, who lived on the East Coast. Unknown to the program and to the investigating officer was that Dr. Pena’s first fiancé ended the engagement in December 2008.  However, Dr. Pena continued to lie about her engagement to avoid having her transfer canceled.  During the investigation, Dr. Pena continued to claim she was engaged to her first fiancé but denied the investigating officer access to him.  Records show that Dr. Pena was actually engaged to Major Christopher Flaugh, a physical therapist at William Beaumont Army Medical Center at or near the time of her sexual harassment claim. Major Flaugh would soon transfer to Walter Reed after Dr. Pena’s transfer in July 2009.  Colonel Baunchalk’s lawyers also refused to interview Major Christopher Flaugh at the request of Dr. Czr.

Records also show that Dr. Pena was well-known for her lewd, hypersexual behavior and sexually-explicit comments. In a statement by Dr. Czr’s wife, Dr. Pena had once asked her and several other women during a social dinner if they preferred to spit or swallow in reference to oral sex. One of the people interviewed in the investigation reported how Dr. Pena had snuck into his bed after he had fallen asleep while she was engaged to her first fiancé. In addition, Dr. Pena was also dating a medical student in El Paso while she was engaged to her first fiancé.  Later, Dr. Czr would reveal that Dr. Pena had sexually assaulted him in call room in November 2008.  The Criminal Investigative Division of the Army is currently investigating Dr. Pena for this sexual assault.


Colonel Baunchalk then falsely substantiated Dr. Pena’s claim of sexual harassment “by the majority of the witness statements and phone records”.  The investigation showed that only 5 of the 15 witnesses interviewed had allegedly seen any evidence of sexual harassment.  Dr. Pena showed a partial phone record where she had blacked out all phone calls except those received from Dr. Czr.  Dr. Pena’s complete phone records later showed she had called Dr. Czr 43 times and texted him 130 times during the period she was allegedly being sexually harassed.  Dr. Czr presented evidence that these five witnesses had cut and pasted their statements from Dr. Pena’s written statement. 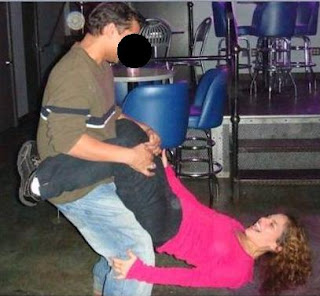 The five witnesses had previous grievances against Dr. Czr and ulterior motives. Dr. Nathalie Paolino, who was a friend and fellow intern of Dr. Pena, was also transferring to Walter Reed with Dr. Pena and is now living in the same apartment complex. Dr. Casey Danielsen, another intern and friend of Dr. Pena, committed federal prescription fraud when she illegally prescribed Dr. Pena Digoxin, a heart failure medication, so that Dr. Pena could give the medication to a family member. Dr. Robert Gayle, another intern who also sought for the removal of Dr. Czr for his congressional letter, was illegally prescribing Dr. Pena antidepressants during the time of the investigation. Dr. Gayle at this time did not have a medical license nor was he credentialed at his hospital to practice medicine independently. These three witnesses who claimed to have knowledge of Dr. Czr’s alleged harassing behavior were all voluntarily present at Dr. Czr’s house in November of 2008, during the time that Dr. Pena claimed she was allegedly being sexually harassed. This provocative video shows the personal and sexually explicit relationships between Dr. Pena and her witnesses. . .

So it may be Dr. Pena accusing Dr. Jackson of the same crime that she engaged in, prescription abuse.

I've got to go, but these charges, if true, are serious. Certainly someone in the real media, with reak resources ought to follow up?

Linked at Nourishing Obscurity in "Monday."
Posted by Fritz at 9:10 AM