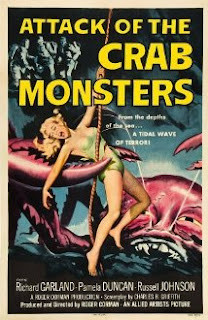 
Imagine you are going about your day as usual when you encounter a foreign creature. It injects something in you, but does not kill you. Over the next few weeks, you notice a growth in your abdomen. A network of tube-like threads spreads throughout your circulatory system. Soon, you start losing control of your motor functions. You adopt defensive postures and develop maternal instincts to care for the growth instead of caring for yourself. Then, the mass begins to expel larvae, which seek out and infect anyone nearby. Your behavior is forever changed and your reproductive system destroyed.


This scenario may seem like something out of a science fiction novel or the latest zombie thriller. But for many black-fingered mud crabs, the parasite Loxothylacus panopaei, or loxo, has made this situation a reality.

Loxo was discovered in the Chesapeake Bay about 50 years ago. Scientists believe it was carried from its native range in the Gulf of Mexico on oyster shells during early restoration efforts. Since then, researchers have found sites throughout the Bay where the parasite is highly prevalent, with infection rates as high as 30 to 50 percent. 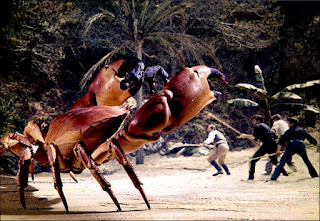 Curiously, the crabs do not seem to be in danger of dying out.


“This is huge, especially because this parasite is a castrator, so infecting crabs means they can no longer reproduce,” said Carolyn Tepolt, Biodiversity Genomics Postdoctoral Fellow at the Smithsonian Institute. “[The crabs] are still alive, but essentially dead as far as genes are concerned, because they are not contributing to the next generation of crabs.” 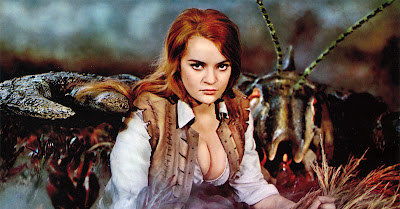 But don't worry about you're crab cakes just yet. The Black Fingered Mud Crab is one of several very small crabs that live in mud, and among shells on an oyster reef. They're much too small for humans to waste their time on, although fish, and their larger, more delicious relative, the Blue Crab relish them.