Well, technically, it's called recruitment, since it doesn't really reflect how well the fish spawned, but rather the number that made it past the hazards of the first few months to "recruit" into the adult stock: 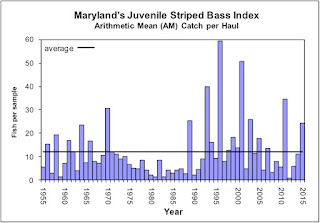 
The Maryland Department of Natural Resources (DNR) announced today that the 2015 striped bass juvenile index is the eighth highest on record. The survey, a measure of spawning success, found an average of 24.2 juvenile fish per sample, approximately double the long-term average of 11.9.


“This year’s survey demonstrates that striped bass are a very resilient species when given favorable environmental conditions for reproduction and survival,” DNR Secretary Mark Belton said. “The robust reproduction should give Maryland anglers hope for a successful striped bass season in a few years time.”

The survey also documented healthy reproduction of other species. DNR fisheries biologists counted record numbers of juvenile American shad, which have been under a harvest ban in Maryland since 1980. The white perch juvenile index was the third-highest on record. River herring reproduction was also above average.

I'm looking forward to better fishing in about 3-5 years. . . 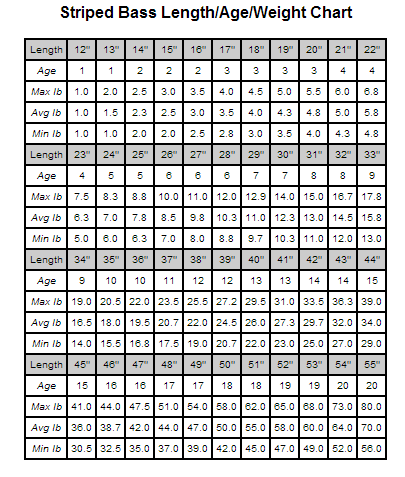