Researchers Have Developed A Lyme Disease Treatment That Will Prevent Infection

Specifically, they have been working on a “lab-engineered antibody” that will protect against the disease for an entire season. During testing on lab mice, the mice were totally protected against the bacteria that causes Lyme disease, the Borrelia bacteria.

For those not in the know (like me) Yolanda Foster is one of the "Real Housewives of Beverly Hills."


The antibody that makes this all possible is called a monoclonal antibody. The research team made it clear that this prevention method is not a vaccine. Dr. Mark Klempner, who is from the University of Massachusetts’ nonprofit vaccine development branch, MassBiologics, explained the difference between a vaccine, and the antibody that was created by the research team. 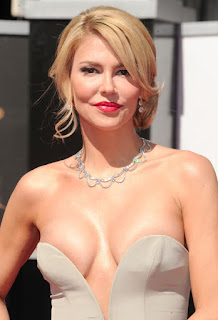 This particular Lyme disease prevention is supposedly superior to vaccines. Where vaccines aid in the creation of antibodies that are used to fight the disease, this antibody specifically targets the bacteria that causes Lyme.

Yes, but enough about scientists potentially finding a preventative for a disease that affects thousands of people in the US annually. What about the babes?


Just recently, it was revealed that Yolanda Foster’s children, Bella and Anwar Hadid, are battling Lyme disease along with their mother. As the Inquisitr reported, Yolanda recently accepted the award, “Power of One,” at the Global Lyme Alliance gala.

Anwar is also a model.


Yolanda, during her acceptance speech, spoke of her debilitating disease and how it has affected her life and her parenting. Despite the impact her suffering had on her parenting, her children grew up to be very successful. Both her daughters, Bella and Gigi Hadid, are supermodels.

Singer Avril Lavigne also battles Lyme disease. Both women use their affluence and celebrity to help spread awareness of the disease. According to People, Dr. Raphael Kellman, the founder of the Kellman Center for Integrative and Functional Medicine, says that a lot of people just settle and live with their symptons. When celebrities like Avril and Yolanda reach out and speak up about Lyme disease, it gives hope and confidence to those diagnosed.

Avril Lavigne? The old one or the new one. I heard she was dead.

Not a bad use for celebrity. There have been a lot worse.


Klempner indicated that MassBiologics is making preparations to be able to test their monoclonal antibody on human subjects by next year. He also said that it is the goal of the university to be able to produce the antibody and provide it to the public at an affordable price.

According to the Centers for Disease Control and Prevention, an estimated 300,000 people get Lyme disease every year. Reportedly, the disease is spreading farther south and west. Compared to 1993, Lyme disease has been found in four times as many counties today than 22-years ago.

Lyme Disease is a big deal around here. We think Georgia has been infected at least once, having a tick bite with the classic bullseye rash. A round of antibiotics apparently eliminated it before she could develop antibodies.
Posted by Fritz at 6:00 AM