Among other entries in today's review of bad news for Hillary: 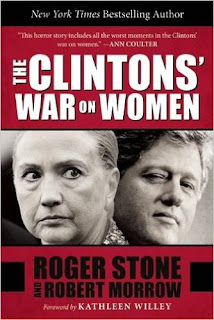 No matter too small for the Clintons to try to fix: Author: Hillary flooded Amazon with negative reviews of my book


Dirty trickster Roger Stone seems to be the victim of dirty tricks.

The political consultant’s new book, “The Clintons’ War on Women,” is the top-rated political history seller on Amazon, but the online retailer was flooded last week with one-star reviews.

“My publisher [Skyhorse] confirmed with Amazon — they were all from the same URL, at Hillary’s HQ in Brooklyn,” Stone — whose clients have included Richard Nixon, Ronald Reagan and Donald Trump — told me. “Why are they so afraid of this book?”

According to Politico, Clinton press secretary Brian Fallon told bundlers last month: “When this Roger Stone book comes out — we’ll obtain the book. Our research team will be able to go through it . . . There will be a war room set up to deal with that.”

The problem with Amazon reviews is well known:


Amazon is separately suing more than 1,000 people it claims are posting fake reviews and selling them for a cost starting at $5. It is estimated that 15 percent of online reviews are generated by boiler-room operations.

America’s largest online retailer is demanding the defendants stop selling Amazon reviews, disclose who is buying their service and identify which reviews were paid for. 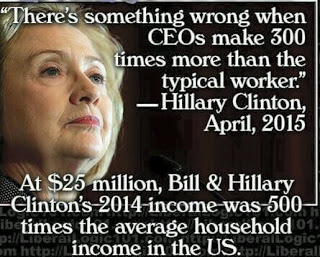 
A donor to the Clinton Foundation reached out to Hillary Clinton’s office to promote a Haiti hotel project that later received support from the U.S. government and Bill Clinton, according to emails released by the Department of State. Richard L. Friedman, a Boston hotel developer emailed Cheryl Mills, Clinton’s chief of staff, to tout the project on May 17, 2011.

“We had a good meeting with Jean-Louis, Marriott executives, [the Overseas Private Investment Corporation], etc regarding building hotels in Haiti—I am pursuing this vigorously and hope to be able to develop 2 to 3 hotels with Marriott as manager,” wrote Friedman. “I am talking with Commerce and Export/Import Bank today.”

Friedman said he recently had a discussion with Hillary Clinton at the White House and asked Mills to forward her a note for him. It is unclear what he and Clinton discussed, and portions of his email have been redacted by the State Department due to “personal private interests.” The note he asked Mills to send to Clinton is also redacted.

“I will keep you informed about our progress in Haiti—we are going to need all the help we can get,” Friedman wrote Mills.

Mills forwarded Friedman’s full email to Clinton and her scheduler, Lona Valmoro, on June 7 with the note “See highlight—resending.” The copy released by the State Department does not indicate which portion of the email Mills highlighted.

Lest you think that government under Hillary Clinton will be too expensive. . . 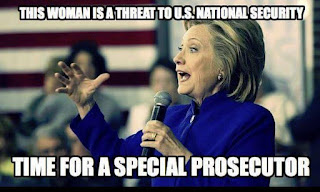 
In an Associated Press exclusive, Ken Dilanian notes just how bad cybersecurity was during Hillary's tenure as Secretary of State. The article is primarily published in local news sites, though the NY TImes does have it as a web only piece, not in their published paper. Other national news outlets, such as ABC, NBC, CBS, Washington Post, MSNBC, for instance? Not at this time


(AP) The State Department was among the worst agencies in the federal government at protecting its computer networks while Hillary Clinton was secretary from 2009 to 2013, a situation that continued to deteriorate as John Kerry took office and Russian hackers breached the department's email system, according to independent audits and interviews.
The State Department's compliance with federal cybersecurity standards was below average when Clinton took over but grew worse in each year of her tenure, according to an annual report card compiled by the White House based on audits by agency watchdogs. Network security continued to slip after Kerry replaced Clinton in February 2013, and remains substandard, according to the State Department inspector general.
In each year from 2011 to 2014, the State Department's poor cybersecurity was identified by the inspector general as a "significant deficiency" that put the department's information at risk. The latest assessment is due to be published in a few weeks.

The State Dept is unhappy with the assessment, and yammers on about being almost 100% secure, so, a bit of CYA, rather than putting the effort in to actually resolving the issues. They had been warned numerous times by Inspector Generals of the deficiencies of the system.

When you're actively opposed to something, it's pretty easy to undermine it by neglect alone. 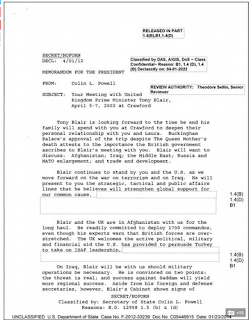 The UK Daily Mail is making big headlines (at the top of the Drudge Report page as I write) with its exclusive story purporting to prove that former UK Prime Minister Tony Blair was committed to war with Iraq at a time he was telling the British public that he was seeking a diplomatic solution. The email it cites came from “a batch of secret emails held on the private server of Democratic presidential candidate Hillary Clinton which U.S. courts have forced her to reveal.”

I think the Daily Mail has buried the lead. For one thing, the secret memo to President Bush authored by then US secretary of State Colin Powell, rather than proving Blair was committed to war clearly states, "On Iraq, Blair will be with us should military operations be necessary." That is a contingency. If diplomacy had succeeded, then Blair would not be committed to war.

But much more important to me than this UK-centric story is what we learn about Hillary Clinton’s emails. Take a look at the memo itself, the top line in the left had column.

That’s right! It was labeled “Secret/Noforn.”

Now, look at the bottom of the memo. It reads:

This proves beyond a shadow of a doubt that, as my friend Mike Nadler says, “she lied in her numerous statements that there were no classified documents on her server, even with her later qualification that none were marked classified at the time." At the time she was doing this research, the memo was still classified, only to be unclassified in 2014. 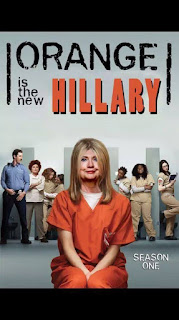 
. . . But (with apologies to F. Scott Fitzgerald) the Clintons are like the rich, very different from you and me. They have forged a permanent pass to do as they please, and nobody is expected to think the worse for it, since they were worse before they left Little Rock. Ol’ Bubba is a rascal, and we’ve always liked rascals, some more than others. Hillary, who is the garden-variety shrew who reminds many men of their first wives, could make like-minded friends in prison, sipping weak coffee and having a gossip with the girls.

Hillary may beat the rap. But the FBI inquiry into playing fast and loose with the country’s most sensitive secrets is by definition a criminal investigation. If she is found guilty she could be subject to 20 years in prison and required to pay a big fine. The cloud hanging over her prospects terrifies Democrats.

There’s a precedent that makes Hillary tremble, too. Gen. David Petraeus was found guilty of using smaller government secrets as thrilling pillow talk and he got 20 years, suspended for good behavior, and fined $100,000. . .


Hillary Clinton has started faking a Southern drawl to speak to Southerners, just as she did during her last presidential run eight years ago.

The tactic drew chuckles, derision and not a little resentment when she tried it in 2007 and 2008. But she was back at it again in Alabama on Saturday, putting on a heavy twang to express her contempt for Republicans.

Some southerners were not impressed: GOP lawmaker floats impeachment for Clinton


A Republican lawmaker is floating impeachment for Hillary Clinton, should the Democratic presidential candidate lock up her party's nomination and go on to win the White House.

Rep. Mo Brooks (R-Ala.) said in a phone interview with The Hill late Monday that he believes Clinton improperly handled classified information on her private email server used during her time as secretary of State.