A Flaming Skull from Ace: Hillary Clinton Forwarded The Name of a Clandestine Agent of the CIA via Her Private, Unsecured Email

If I'm reading this right, she did not forward this clandestine source's -- this spy's -- name to someone outside the government. Issikoff's report says she forwarded it to "a colleague," I assume at the State Department.

However, the identities of the CIA's spies (and note that a "spy" is aforeign contact recruited by the CIA, not a CIA officer himself) are among the very most tip-top secret secrets any intelligence operation has. Obviously, if the spy's name gets out, he will be lost as an asset, as he'll probably be hanged, after some torturing.

The names of spies are always compartmented on the most stringent need-to-know basis. People who are allowed to receive the information disclosed by the spy are not usually permitted to know the name of the spy himself -- because they don't need to know, so that information is kept in the smallest possible circle.

So the question here is whether this "colleague" was specifically authorized to receive this spy's name. The answer is almost certainly "no," as this information would be restricted to the case officer running the spy, his superior, and maybe a few analysts charged with running a background check or psychological profile on him to determine his reliability.

But here's Hillary, blithely sending this guy's name along on a private unsecured server to an individual almost certainly not authorized to know his name. 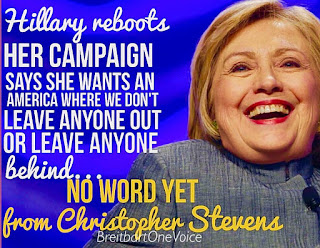 
Trey Gowdy sent a formal letter to Elijah Cummings over the latter’s intolerably and pettily partisan hackwork with regard to the Benghazi Committee (@RBPundit categorizes it as ‘BEASTMODE,’ which is highly accurate). There are a lot of interesting things in this letter. A lot of brutal commentary on Rep. Cummings’ willingness to say one thing in private and another in public, for example. But I found this part about Sidney Blumenthal to be highly entertaining reading:


Beyond the pure politics that were occurring at this time, perhaps more disturbing it that at the same time [Sidney] Blumenthal was pushing Secretary Clinton to war in Libya, he was privately pushing a business interest of his own in Libya that stood to profit from contracts with the new Libyan government – a government that would exist only after a successful U.S. intervention in Libya that deposed Qaddafi. This business venture was one he shared with Tyler Drumheller and Cody Shearer, the authors of the information sent to Secretary Clinton. It is therefore unsurprising that somebody who knew so little about Libya would suddenly become so interested in Libya and push an old friend in a powerful place to action – for personal profit.
While Blumenthal and Drumheller have both acknowledged a personal stake in the business venture, known as Osprey Global Solutions, they have downplayed their involvement to the Committee. New documents received by the Committee, however, indicate more extensive involvement than previously known.

As a reminder: Sidney Blumenthal was not some mere hanger-on to Secretary Clinton. He was supposed to become a formal adviser when Clinton became Secretary of State, only to be told no by the White House. Blumenthal still operated as a confidant afterward, only informally. The record shows that he was a constant presence in Hillary Clinton’s utterly non-secure online discussion of Libya. He had influence over the decision making process. And a company that Sidney Blumenthal ran allegedly benefited from it.

I don't know if Sid the Shiv made any money in Libya (it all seems to have turned to shit) but if he did, I'll bet it was part of the plan to "donate" some of it to Clinton.com.


Hillary Clinton is technologically illiterate. If she were a Republican man, she would be chastised for being so bad at, well, everything that has to do with technology. Heck, if she were a Republican woman, she’d be ripped to shreds as a moron on par with how the media treated former Alaska Governor Sarah Palin or former presidential candidate Michele Bachmann. If either of those two women couldn’t figure out how to find an NPR station, for example (as Ms. Clinton couldn’t), they would be the subject of continuous mockery. . .

She can’t figure out a fax machine.

In one email revealed in an early batch, Ms. Clinton couldn’t get a fax machine to work. Her top aide, Huma Abedin, tried repeatedly—via an email exchange—to help the former secretary of state.

Ms. Abedin: “Can you hang up the fax line, they will call again and try fax.”

Ms. Clinton: “I thought it was supposed to be off hook to work?”

Ms. Abedin: “Yes, but hang up one more time. So they can reestablish the line.”

Ms. Abedin: “Just pick up phone and hang it up. And leave it hung up.”

Ms. Clinton then sent a final email on the matter, writing, “Still nothing. Call Oscar if they need help. I’ll be out of pocket for an hour or so.”

She couldn’t get her own tea

In one message, Ms. Clinton emailed an aide to ask that aide to, “Call Sarah and ask her if she can get me some iced tea.”

So she knew who Sarah was, but either didn’t know her email or couldn’t be bothered to get up and ask Sarah for iced tea herself. Or get her own damn iced tea, for that matter.

She doesn’t know how she pays her personal shopper

Ms. Clinton asked one her aides to work with “Jason” to prepare a menu. “Also, does he give me a monthly bill for the food he buys and prepares for me?” she asked.

She then requested a Human Rights Watch report about women’s rights in Africa, before also asking what time Parks and Recreation and The Good Wife aired. . .

I 'll bet the wives of slave owners were just like that. 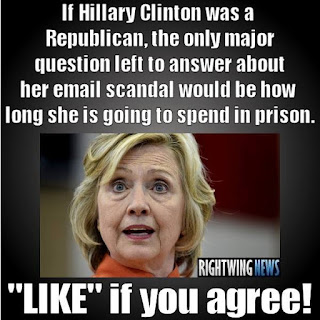 
Phillip Bump of the Washington Post took to his keyboard earlier today to suggest to us that we, the ungrateful and unwashed, are only fixating on the email security problems of Hillary! Rodham Clinton (the Once and Future Inevitable Next President of the United States) because we don’t understand how the interwebs and that electronicographic-mail thingy work. Carrying the bizarre headline “Why Our Technological Ignorance Is Hurting Hillary Clinton”, Bump’s piece assures us that “[p]eople don’t really understand how the Internet works, and so the stories might sound more ominous than they otherwise would.” Naturally, he finds some New York-based president of a “tech firm” to assure us that “[i]t’s not unusual at all” for hackers to target email systems, something that pretty much every single Internet user ought to know by now. He also goes on a bizarre tangent covering how Team Hillary!’s attempt to “wipe” the email server really wasn’t “wiping” the email server because everybody knows that you can’t “wipe” an email server without actually “wiping” the email server. Or something. I’m apparently too ignorant to understand Bump’s ignorance.

And the average person is not the Secretary of State passing national security secrets back and forth along with request for someone to tell someone else to get them tea.


Bump isn’t crazy enough to entirely dismiss the problems that Hillary’s unique arrangement has caused, admitting that “[i]t is fair to question the security of the system and her decision to rely on it,” but counters that sane concession to reality by insisting that “[i]t is also the case that a lot of assessments of Clinton’s use of a personal e-mail server make very big mountains out of what might be very small molehills.”

But what else could we expect from a former left-wing attack dog pretending to be a sensible journalist?

And the gloves are starting to come off among the democrats: Sanders: Say, Hillary’s pretty inconsistent on issues, huh?

It’s interesting to see Bernie Sanders attack Hillary Clinton for her positions on the Keystone XL Pipeline and the Trans-Pacific Partnership trade agreement, since Hillary has embraced the Bern on both. That’s besides the point, Sanders argues in his pretaped Meet the Press interview, which will air in its entirety on Sunday. Sanders tells NBC’s Chuck Todd that Hillary’s sudden shift to unanimity should have Democratic primary voters very, very afraid:

Hillary sent copies of her book "Hard Choices" to all her Republican rivals as a barb. Ben Carson's campaign found some ways to put it to good use: 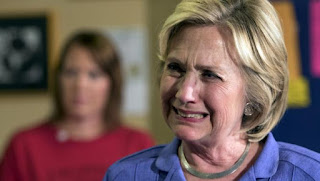 Clinton’s camp says she ‘could have a serious meltdown’


Hillary is furious — and while Clinton advisers think that may save her, it’s making the lives of those who work for her hell.

“Hillary’s been having screaming, child-like tantrums that have left staff members in tears and unable to work,” says a campaign aide. “She thought the nomination was hers for the asking, but her mounting problems have been getting to her and she’s become shrill and, at times, even violent.”

In one incident, Hillary berated a low-level campaign worker for making a scheduling mistake.

When the girl had the nerve to turn her back on Hillary and walk away, Hillary grabbed her arm.

Hillary’s anger may be stoked by fear — her poll numbers have slipped by 10 points in one week on the eve of the Democrat debate.

Oooh, unauthorized touching. Rapist!
Posted by Fritz at 11:10 AM