The Unfairness of the "Tampon Tax"

Feminist Tumblr and the ‘Tampon Tax’


Tampons and other ‘feminine hygiene’ products are taxed. Women have to pay taxes just to be able to have our periods.
So if any anti feminist complains about women in regards to money (or anything really) just tell him: “As a female tax payer my tampon taxes go towards things that you benefit from so shut the f–k up“. . .
Imagine living paycheck to paycheck and having to budget for feminine products in addition to other living essentials. Where as a guy can put that extra $50-75 towards food, rent, etc. There’s really not the option to not buy tampons/pads that month. You can’t go to work bleeding down your legs.

If I were king, I wouldn't tax basic necessities such as food and medical supplies, as I see those taxes as horribly regressive, hitting hardest the people who can least afford them. But then, I'm a conservative, and believe in having taxes as low as possible to support the least possible government. But liberals (of which feminists are loud and whiny subset), are generally proponents of the expanded government. That means nearly everything needs to be heavily taxes (and we still need to borrow money from our strategic enemies). Suck it up and pay your share. 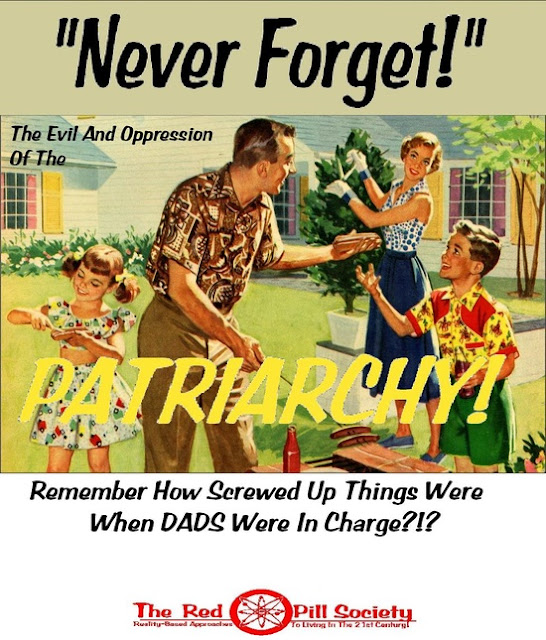 Stacy McCain, bravely subjecting himself to feminist madness so you don have to: A Bizarre Blast From the Feminist Past


Researching radical feminism has led me to many strange sources, few of them stranger than For Lesbians Only: A Separatist Anthology, edited by Sarah Lucia Hoagland and Julia Penelope, a 596-page compendium of lunacy published in 1988. Weird ideas leap forth from every page, as if the inmates of a mental health facility had been issued typewriters instead of thorazine. Feminist Tumblr carries on this tradition in the digital age, but it is instructive to go back and read what was being published back in the day when Ronald Reagan was president and feminist literature was circulated via a network of Womyn’s Bookstores in cities across the land. “Womyn,” “womon,” “wimmin” — such irregular spellings proliferated among feminists who believed that they were victimized simply by a word (“woman”) that seemed to connect them linguistically to those evil male oppressors from whose cruel slavery they sought liberation. For Lesbians Only includes these irregularities, as well as occasional OUTBURSTS IN ALL CAPITAL LETTERS just to remind the reader (a) these women are crazy, and (b) crazy women are angry. . .