The Great Pumpkin of Climate Doom 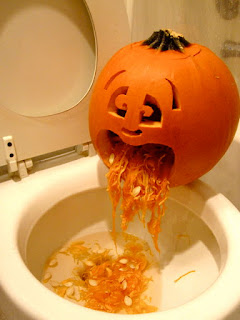 Is there any enjoyment too trivial for the climatistas to nag about? Apparently not:


The US Department of Energy has issued a (serious) press release which suggests that Halloween pumpkins contribute significantly to global warming.


To commemorate National Energy Action Month, we’re featuring some scarily effective ways to save energy at home. As cooler weather lurks around the corner, tune in to Energy.gov all week long for ways to save energy and money—and avoid cold weather terrors like energy vampires. We also put together some energy-themed pumpkin patterns to help “energize” your neighborhood for Halloween. Send us photos of your energy-themed jack-o-lanterns via Twitter,Instagram, Facebook or email at newmedia@hq.doe.gov and we’ll share our favorites.
With the passing of Halloween, millions of pounds of pumpkins have turned from seasonal decorations to trash destined for landfills, adding to more than 254 million tons of municipal solid waste (MSW) produced in the United States every year. This Halloween, think of turning this seasonal waste into energy as a very important “trick” that can have a positive environmental and energy impact. 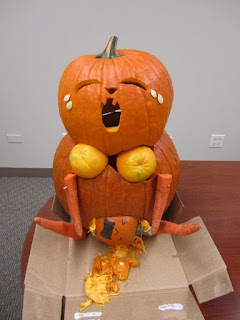 Do you notice the trick? Changing units from lbs of pumpkins to tons of trash, a mere difference of 2000 or so, to make the pumpkins seem more important.


At landfills, MSW decomposes and eventually turns into methane—a harmful greenhouse gas that plays a part in climate change, with more than 20 times the warming effect of carbon dioxide (CO2). However, when MSW is used to harness bioenergy—rather than simply being thrown away—the end result benefits the environment and helps our nation become less dependent on carbon-based fuel. Harnessing the potential of bioenergy allows the United States to generate its own supply of clean energy that reduces greenhouse gas emissions. It also limits stress on landfills by reducing waste and could ultimately create jobs for manufacturing, installing, and maintaining energy systems. 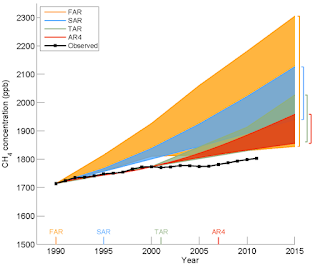 The Energy Department is working to expand waste-to-energy opportunities in the United States, and its partnership with these companies is helping to remove barriers to the commercialization of fuel and power production from waste, including yard and food wastes. It might not be long until the 1.3 billion pounds of pumpkins we produce annually are nearly as important to our energy security as they are to Halloween!

We've been too lazy to use a real pumpkin since the kids grew up and left, but this might inspire me to go out and buy one to carve.
Posted by Fritz at 8:02 PM