Tummy Trouble? Jonesing for a Cig? Blame Your Inner Caveman

From behind the Science Magazine paywall: Neandertals and Moderns Made Imperfect Mates

One of their News and Analysis articles, written in more laymanish language summarizing some genetic reseach on the prevalence of Neandertal genes in modern human populations:


Tens of thousands of years ago along the balmy Mediterranean coast, or in some desert oasis in the Middle East, a hunky Neandertal male lusted after a modern human maiden. Or perhaps a sleek modern guy scored with an earthy Neandertal girl. Either way, living people in Europe and Asia still carry traces of those long-ago unions. Now two studies, the first to analyze Neandertal DNA in large numbers of living people, pinpoint genes we have inherited from our extinct cousins, including some that leave their mark on hair and skin and others implicated in disease. 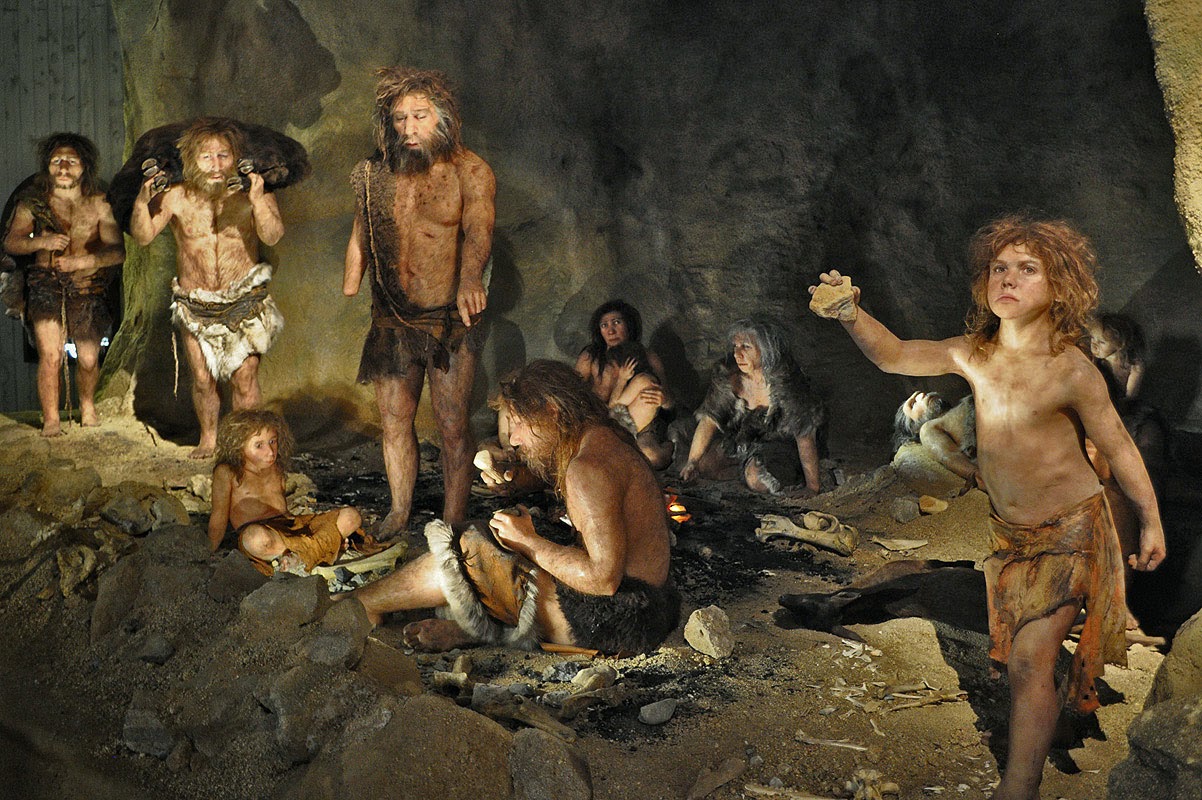 So your smoking addiction and your Type II diabetes aren't your fault, it's that guy from the Geico commercials!


The studies also show that those ancient mixed couples were not fully compatible. Both studies suggest that Neandertals and moderns came from such different genetic backgrounds that the descendants of their unions became less fertile over time, purging many Neandertal genes from modern genomes. "There were costs to interbreeding," says population geneticist Joshua Akey of the University of Washington, Seattle, senior author of a report online this week in Science(http://scim.ag/BVernot). Population geneticist David Reich of Harvard Medical School in Boston, who led the study reported in this week's issue of Nature, agrees: "When Neandertals and modern humans mixed, they were at the edge of biological compatibility." 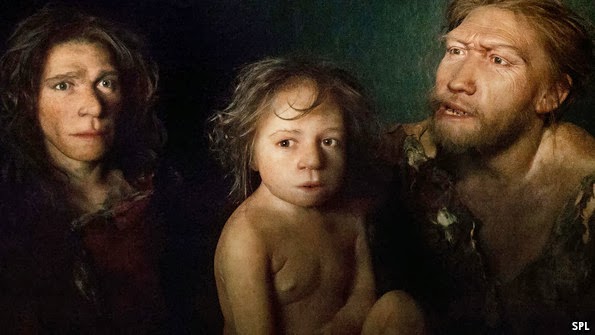 Similar to many recently separated species today, like various wolves and wild dogs, lions and tigers, horses and asses, the will to interbreed was there; the opportunity may have been rare, but the compatibility was limited.  Neandertal women probably didn't like how modern men hung around the camp eating salad instead of doing good honest work, like slaying mammoths.


In more than 60% of 1004 East Asian and European genomes they studied, the team identified a Neandertal version of a particular gene that affects the function of the protein keratin in skin, nails, and hair. Keratin helps waterproof skin, makes it sensitive to heat and cold, and blocks pathogens. The team speculates that the Neandertal allele may have helped our ancestors adapt rapidly to the colder habitats in Europe and Asia. Additional Neandertal alleles that Reich's team uncovered also affect keratin, and others seem to make modern humans more susceptible to diseases such as diabetes, lupus, and Crohn's disease, and even to smoking addiction . These alleles may not have harmed Neandertals, but Reich says they may cause disease in modern humans by interacting poorly with modern DNA. 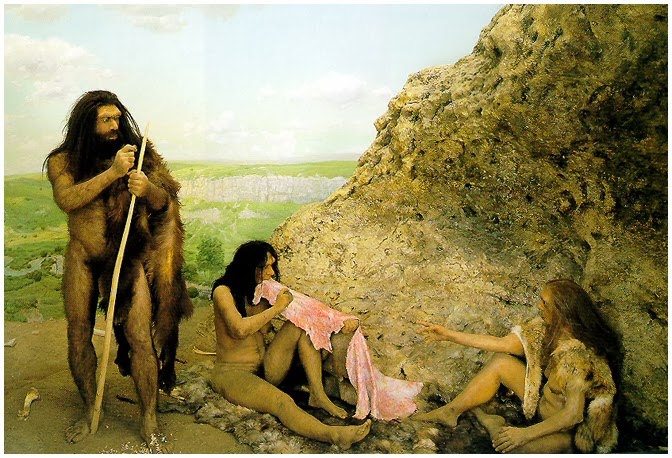 It makes sense that Neandertal, thought to be a specialist in large game hunting, would not have genes for making the best use out of a starchy and sugary modern diet; but even dogs, more recently evolved from wolves than Neandertal times, have evolved considerably more ability to digest starch than wolves.  And nicotine addiction? As a Western Hemisphere plant, neither Neandertal nor modern man had significant exposure to tobacco until humans crossed Berengia.  The speculation about the skin allele is interesting, but is there really evidence that it helps?  We have a study ready to be done. Africans have essentially no Neandertal DNA; is their skin really less waterproof or more sensitive to cold?  Can Europeans cold sensitivity and waterproof qualities be correlated to the presence or absence of the Neandertal allele? 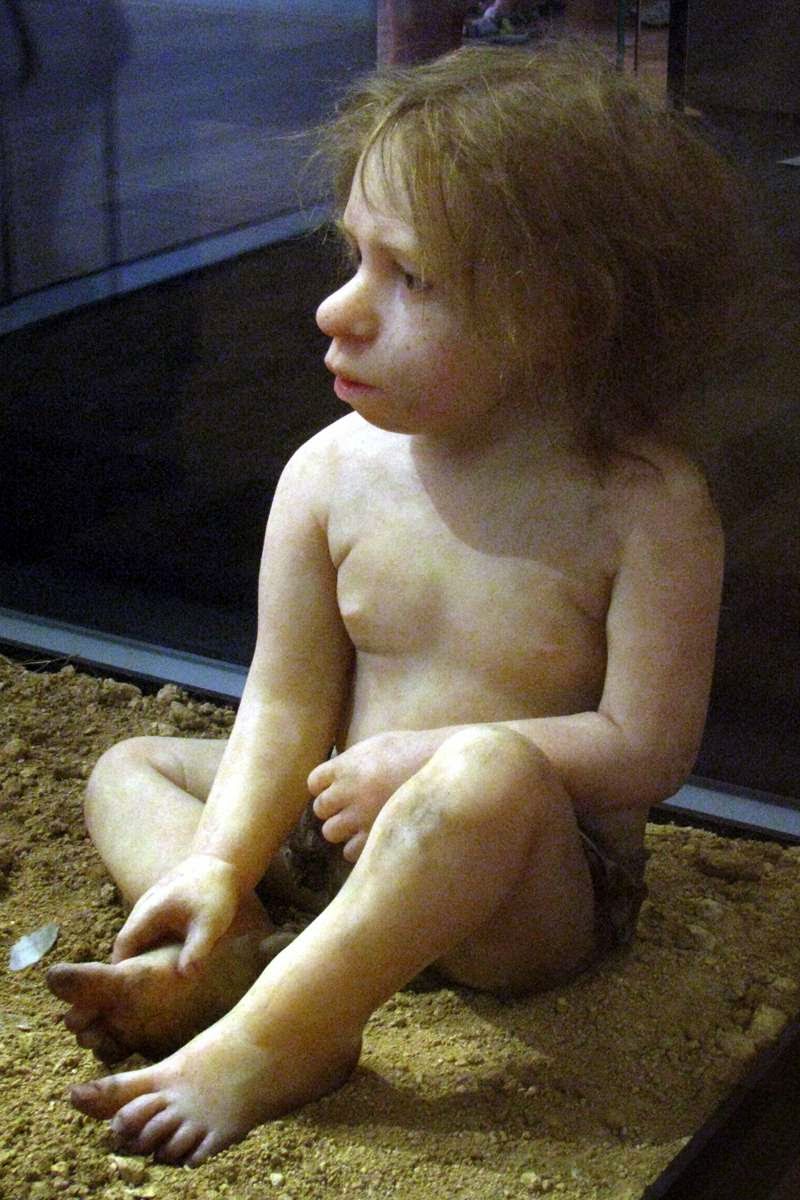 Like Reich's team, Akey and graduate student Benjamin Vernot developed a tool for fi nding archaic DNA in modern genomes—in this case 379 Europeans and 286 East Asians from the same 1000 Genomes data. Their method also relies on the length of DNA segments and their distinctness from African sequences. But it doesn't use a Neandertal reference genome, so it can detect DNA from any kind of archaic human. This team also found Neandertal genes involved in keratin and skin pigmentation. "It's reassuring that we're converging on similar answers," Akey says. Like previous studies that analyzed far fewer modern genomes (Science, 17 May 2013, p.799), both teams conclude that from 1% to 3% of the genome in Europeans and East Asians comes from Neandertals.

The total amount of Neandertal genes in modern genomes is much higher than that, however, because different people carry different assortments of the ancient genes. Akey's team recovered about 20% of the total Neandertal genome in their sample; Reich's lab, 30%. "People say, let's cross a Neandertal with a modern human to understand Neandertal biology … [but] it's already been done," Reich says. "It happened 60,000 years ago, and a lot of that Neandertal variation is still there." 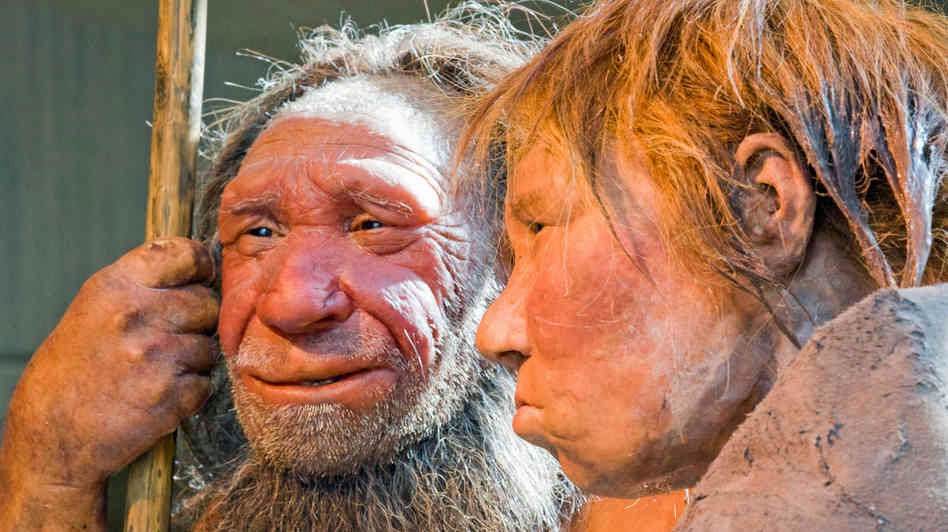 So with a larger sample, presumably we could discover more, perhaps 50 to 75% or even more of the total Neandertal genome.  Does that mean that we as a species hold the genetic material for the complete Neandertal Man?  Perhaps not.


But what struck the researchers most was what they didn't see. In about 20 regions of the modern human genome, both teams detected "deserts" of Neandertal genes. The starkest were on the X chromosome, which held one-fifth as much Neandertal DNA as the rest of the genome, and in genes expressed in testes. Such deserts can't be accidental, Reich says. They suggest that men carrying Neandertal genes for the testes, for example, were less likely to reproduce. "A massive process has removed at least one-third of the Neandertal ancestry that initially came into the modern human genome," he says.

In animal studies of mice, rabbits, or fruit flies, such patterns appear when two subspecies are diverging into separate species. Hybrid males eventually become infertile before females, because men carry only one X chromosome, and so become infertile if the DNA on it is incompatible with their mates' X chromosome. Women carry two Xs and so have better odds of staying fertile. Now, researchers are exploring whether we have inherited more DNA from Neandertal females than from males. In any case, "these Neandertals and humans were in the process of becoming reproductively isolated," says evolutionary geneticist Bret Payseur of the University of Wisconsin, Madison, who was not a co-author.

So we may not find out much about Neandertal sex, because the genes are largely lost.
Posted by Fritz at 2:59 PM