Icebergs of the Chesapeake 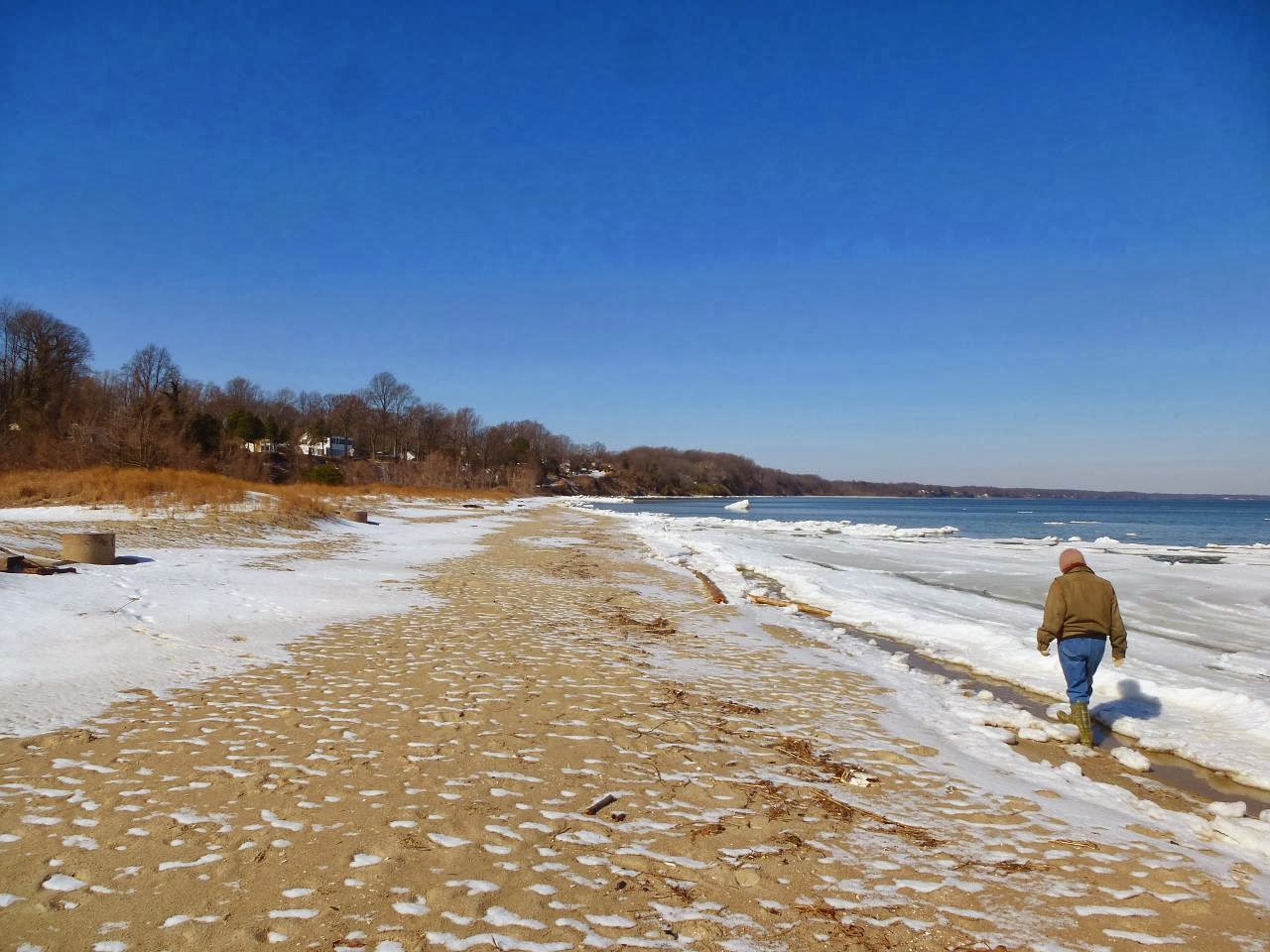 After the sun got up a little ways today, it warmed up fast, to 45 and climbing, so Georgia and I decided to see what the beach was like in after math of the storm.  As you can see, in addition to snow and ice on the beach, we had a pretty good expanse of ice along the edge of the water that had been pushed up into ridges by the tide and wind. 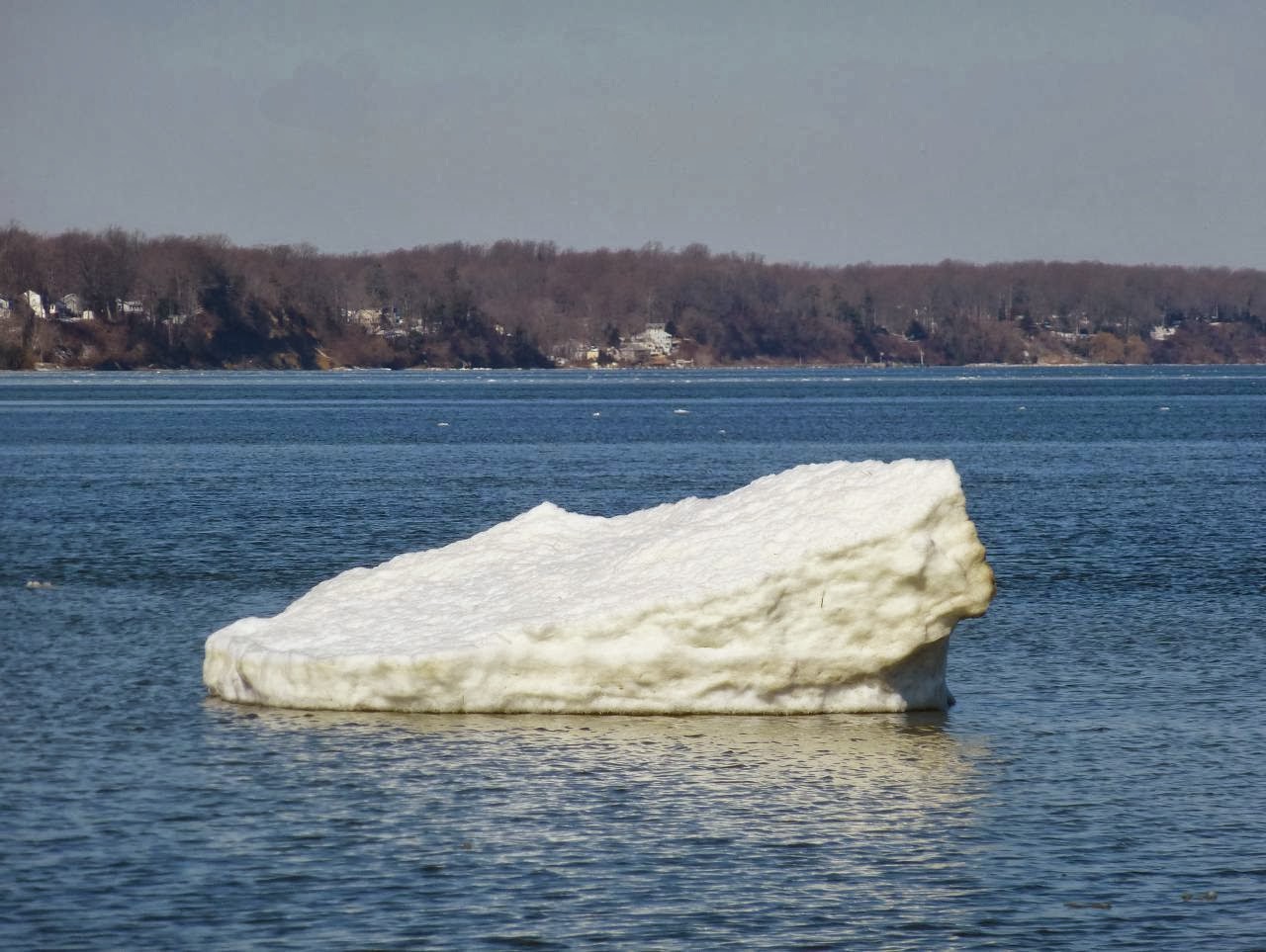 There was even chunks of ice floating out in the bay as far as the eye could see.  Unlike polar icebergs, these didn't get formed by calving glaciers,  but rather by chunks of the beach ice, which is mostly just snow, lifted away by the tide. 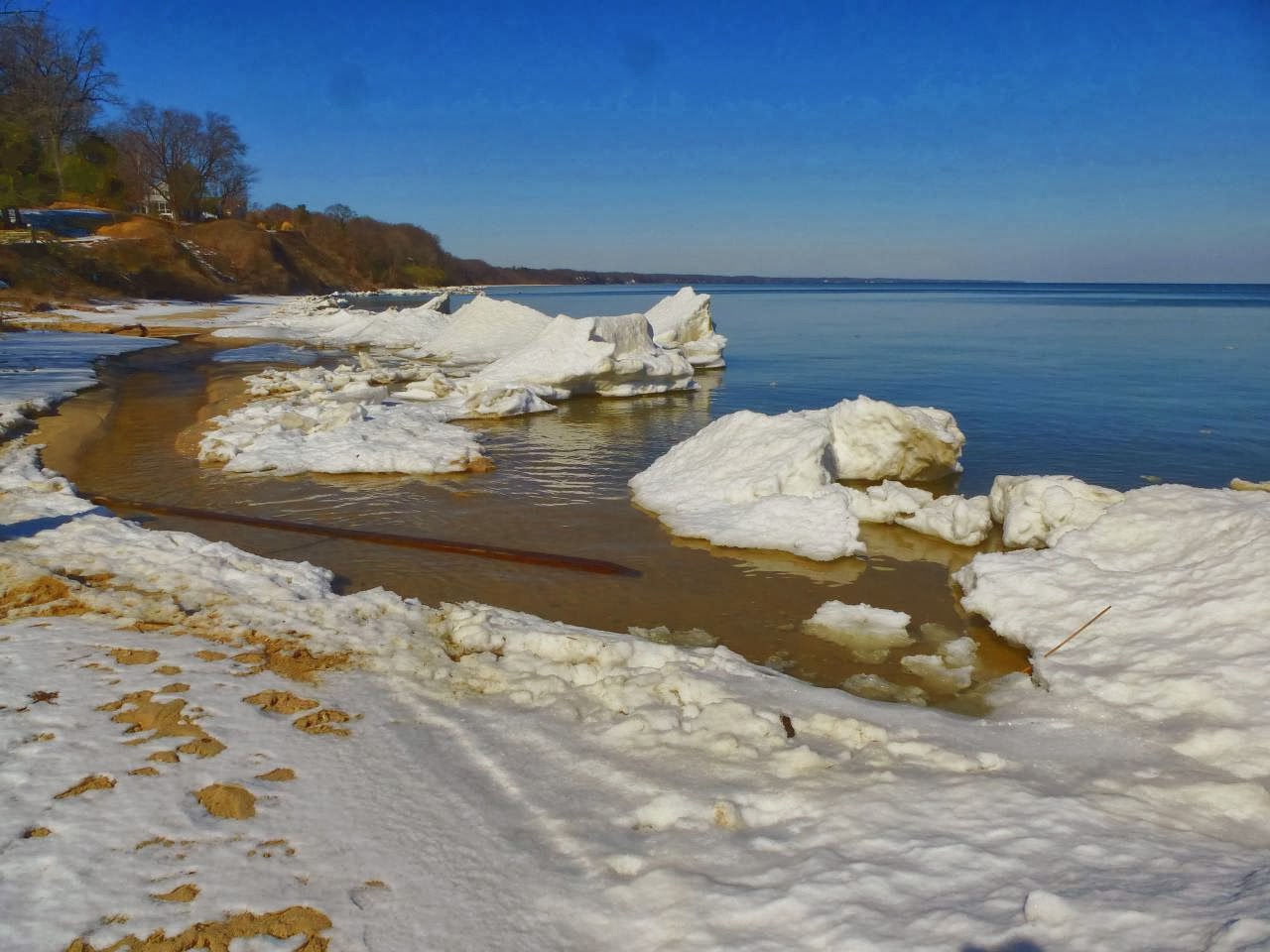 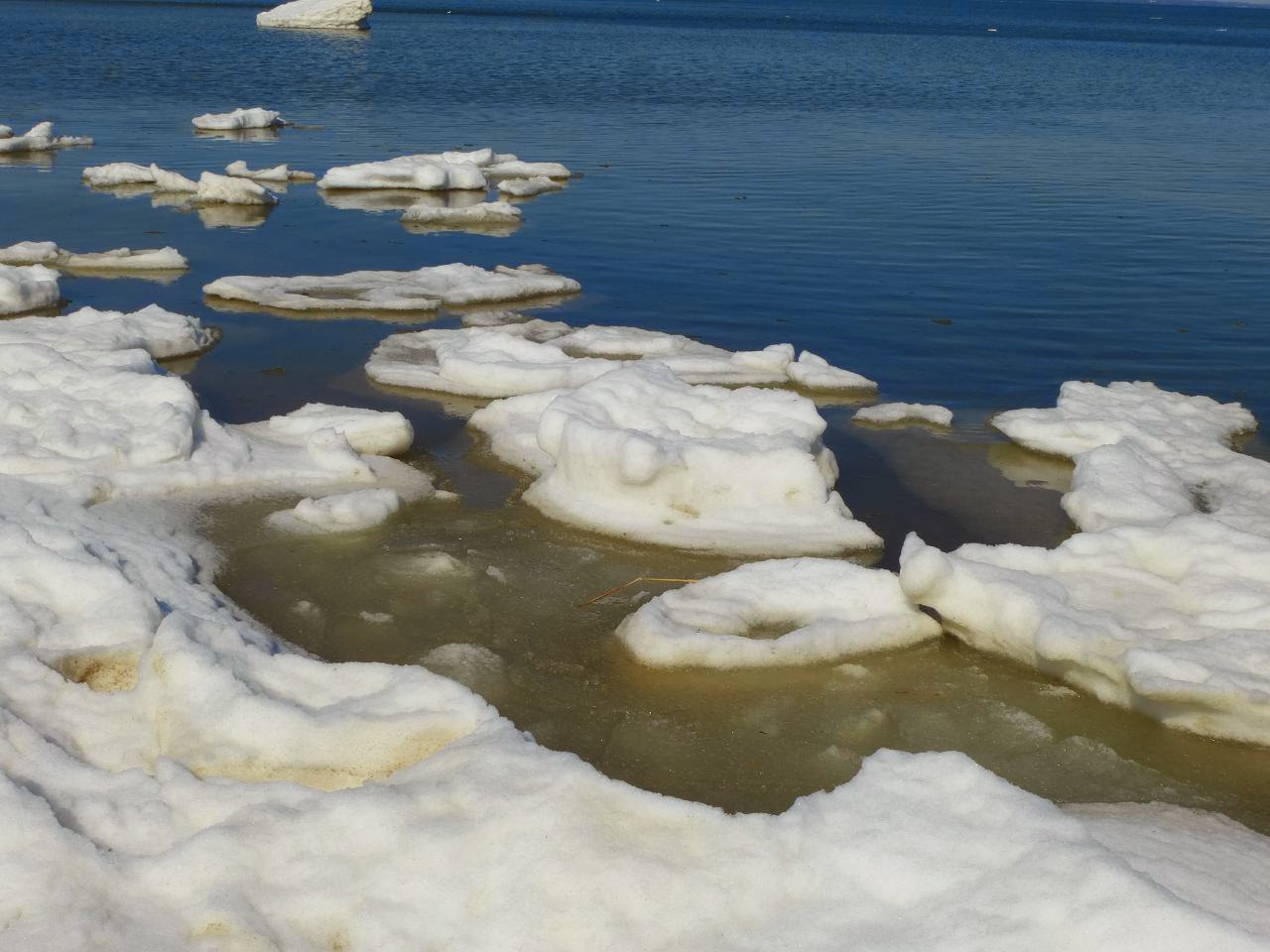 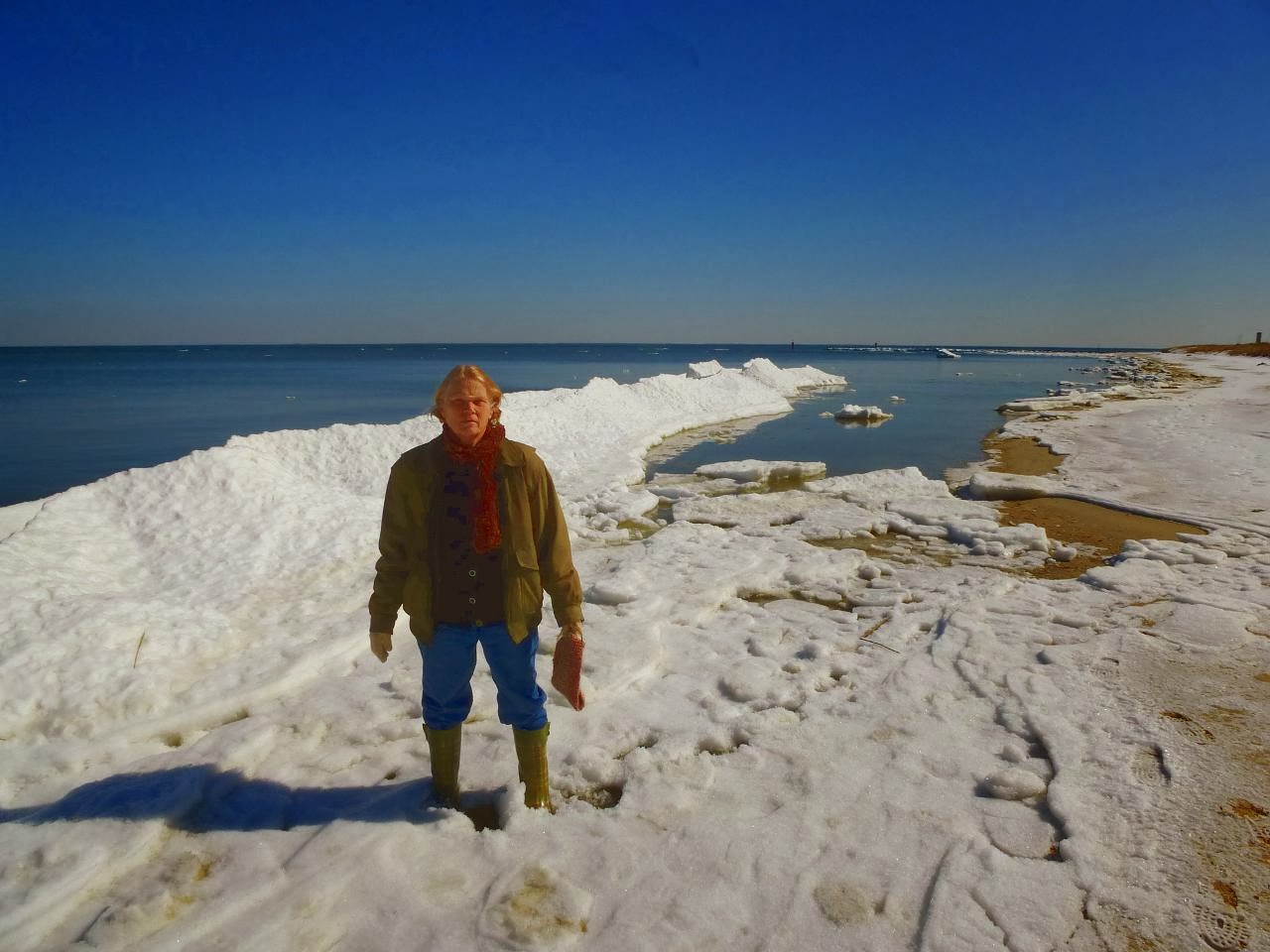