An amusing piece in which Stacy McCain shows some sympathy for ultra-liberal former MSNBC commentator Piers Morgan when he got crossed up in the gender vocabulary wars:

And I’m a Russian Wolfhound 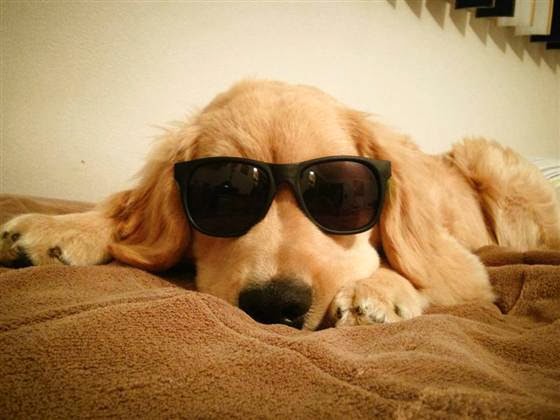 Just call me Borzoi. And I know what you’re thinking: “Borzoi? But you don’t look anything like a Russian wolfhound! As a matter of fact, on closer inspection, you seem to be a golden retriever.”

Yes, I am aware that those documents from the American Kennel Club — a notorious group of hatemongering breedists — identify me as a so-called “pure bred” golden retriever, but in my heart, ever since I was a little puppy, I always knew I was different.

Finally, after years of struggle against oppression, I found the courage to be the dog I really was, and “came out” as a Russian wolfhound.

My brave struggle has continued and, while I know how much you admire my courageous trans-breed activism, it’s important that you not offend me like Piers Morgan offended Janet Mock:


There were several problems with the language Morgan used. For starters, he repeatedly asserted that Mock had formerly been a boy. He also said that Mock had surgery to become a woman. Mock was a woman long before she had the surgery she felt she needed to reflect that. Part of the fight for transgender rights and justice is a fight for self-determination: to be able to proclaim who you are without anyone else adding caveats.

Sure, I know what you’re thinking: “What’s wrong with stating a simple fact? Janet Mock was, indeed, born as a boy named Charles with XY chromosomes and Charles did, in fact, undergo surgery to remove his testicles and rearrange his genitalia to create a simulacrum of a vagina. Actually, the whole point of Janet Mock’s celebrity activism — the book contract, the TV interviews — is the experience of having undergone this transition process. Why, then, is Piers Morgan a transphobic bigot for making reference to these facts?”. . . 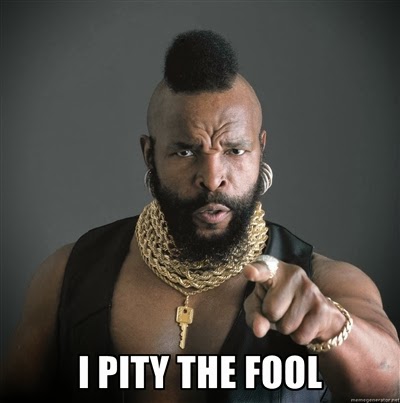 For the answer to his own question, I'm going to double up on my FMJRA here, and go to another McCain post: Why Keep Feeding the Gay-Rights Tiger, Hoping to Be Eaten Last?


One of the things we must understand about the Left is the essentially totalitarian nature of their ambitions. There is no logical stopping point on the progressive road to the Utopia of Equality that they insist is always ahead of us, a destination never reached.

Grant all their demands today, and they will return tomorrow with a new list of demands. What do they want? More, always more.

Yesterday, a federal judge struck down Virginia’s state constitutional amendment prohibiting same-sex marriage, because obviously (a) the Fourteenth Amendment was intended for such a purpose, and (b) never mind the will of voters expressed in a referendum.

The ruling cites memorable Supreme Court travesties – Planned Parenthood v. Casey, Lawrence v. Texas and Windsor v. U.S. — like so many mileposts on the Highway to Hell, and who can argue with such sophistry when it’s dressed up in costumes of legal precedent, bejeweled with a lot of emotional chatter about “loving, intimate and lasting relationships” and “sacred, personal choices”?

Translation: “Damn the Constitution, we’re not in Utopia yet.”
. . .
“Willkommen, Herr Chamberlain. Welcome to Munich. Today you will cede the Sudetenland. Tomorrow, we’ll demand the world.”

And as long as I'm shamelessly blog-whoring here, have you heard that while Baskin-Robbins may only have 32 varieties of ice cream, Facebook boasts 50 flavors of gender, 52 if you count male and female?Which in turn, reminds me of the old William Tenn short story "Venus and the Seven Sexes", which I read years ago, about a strange race whose reproduction required seven sexes.  As I recall things didn't work out so well.

Some things are just beyond parody.