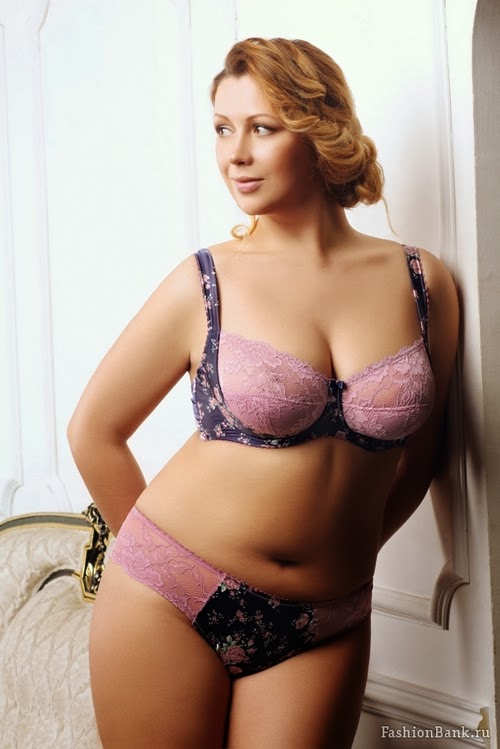 It’s Come to This: Plus-Size Models Just Aren’t ‘Plus’ Enough for Some People


Before we get to the latest lunacy, let’s ask an obvious question: Has anyone ever heard guys complain that the male models in GQ are “too rugged”? I mean, why must all male models be tall and muscular? Isn’t the male fashion industry’s insistence on using these mesomorphic freaks in their ads inflicting body-image issues on men? Why haven’t men started a protest campaign to insist on having more male models who are spindly geeks or chubby bald guys?

No, it causes me great angst, which, among other reasons, is why I never read fashion magazines.  I also assume that the male models in such ads are chosen to make women, not men, feel good about buying the clothes.


The very idea is absurd, of course, and yet the women who complain that fashion models are too thin have now begun complaining that plus-size models aren’t legitimately fat enough:


...“In a world where you’re telling women that plus-size is sizes 4 and up, you’re causing body image issues. You’re causing unrealistic expectations that every one — every woman — should be a size 4. To bring that into the plus-size community, where you’re using sizes 8, 10 and 12, when sometimes the stores don’t even start carrying the clothes until size 14, you’re telling women, ‘You want to look like these models. This is what you should look like, but it’s never going to happen.’”

Oh, I forgot, women don't really want men to propose (or worse yet, actually act on) solutions to their problems, they just want someone to listen sympathetically and hand them the ice cream and the spoon.

Besides, given a choice between Kate Moss and Kate Upton, I'm going with Upton every time. Although, to be fair, Moss has a little more meat on her bones lately. Well, then, don't we all.

And then, there's the "Bikini Bridge" controversy/hoax.


But with a new year, comes a new social media trend. Make way for the 'bikini bridge', which Urban Dictionary describes as 'when bikini bottoms are suspended between the two hip bones, causing a space between the bikini and the lower abdomen.'


Buzzfeed has also posted an article entitled '12 perks of having a bikini bridge' with reasons such as 'it is the ultimate beach accessory', 'Harry Styles will be 857 per cent more attracted to you' and 'you and your girls will become the talk of the town'.

As a result, in just 24 hours, what began as a hoax has snowballed. Thus, #bikinibridge and #bikinibridge2014 was tweeted more than 2,400 times, with Harry Styles's endorsement - which has seen been deleted - receiving 115,359 favourites.

Lucy Attley, Dove Spokesperson who works on their self-esteem campaign, says: 'The bikini bridge is yet another example of piling pressure on women to feel increasingly anxious about their bodies.

Sadly, the trend hasn't made it to the local beach, probably because beer and crab drenched in butter are too popular.  We tend a little on the "plus-sized."

Finally, also by way of Smitty at the Other McCain, this one how Lena Dunham (you don't know who she is?  Me neither) had a hissy fit when some critic complained that she spent an unnecessary amount of time nude on the cable TV show "Girls" that she also directs: Thank You, Lena Dunham


Via Drudge comes this outburst of brilliance, emphasis mine, in response to the question “I don’t get the purpose of all the nudity on the show. . .”:


In the moment, Dunham herself spoke clearly about her position on the nudity [in Girls], saying it is “a realistic expression of what it’s like to be alive. But I totally get it. If you’re not into me, that’s your problem and you’re going to have to work that out with professionals,” she retorted. And later, fellow EP Jenni Konner interrupted her response to another question to add, “I literally was spacing out because I’m in such a rage spiral about that guy,” she said pointing to the question-asker. “I was just looking at him looking at him and going into this rage [over] this idea that you would talk to a woman like that and accuse a woman of showing her body too much. The idea it just makes me sort of sick.”

Maybe I’m too dead to figure out if I’ve got HBO amidst the 14k channels of dreck on the TV to choose from*. Were I to have an outburst of un-death, perhaps Lena could instruct me on this ‘life’ thingy, could I but find it in the cable bundle. ’Life’ appears to involve having more ink than a copy of the New York Times, or something**. The wife and I found A&E for a couple of pleasant Duck Dynasty episodes the other weekend. Relaxing.

Nope, we don't get HBO, and if I did, I doubt we would spend any time watching "Girls", even if Lena Dunham spends most of her time on there nude.  Just for curiosity, I googled it.  Not worth it. Kind of like the fat, ugly high school chick you're Mom always hired to babysit you on a Friday night when they went out.  And no, I won't do that to you.