The Advancing Storm of Obamacare Schadenfreude

As I alluded to in the last post, the weather here is deteriorating fast, the temperature is falling, and according to the radar, the snow has just begun in earnest in the northern part of Calvert County, and is racing south toward us.  Georgia swore she saw a few flakes fall past the window a few minutes ago, but when I got up to look there was none yet.  Forecasters have us getting 4-8 inches (there is a band where they expect 8-12, so we're not in the bulls-eye), mostly this afternoon.  Not much to do here, but wait for the snow, and do the Obamacare Schadenfreude post for the morning: 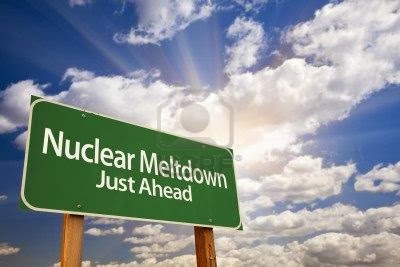 
The president and his Democratic allies are finding it harder to make people buy insurance than they’d expected. Will ObamaCare’s individual mandate survive?

Last month, the administration announced that anyone with a canceled 2013 individual insurance plan would be exempt from the “individual-responsibility requirement” this year, and would be allowed to buy the catastrophe-only insurance previously offered to those age 30 or under.

ObamaCare’s architects were always ambivalent about the mandate. They knew compulsion was necessary to make their system work — but, fearing a backlash, opted for a fairly weak penalty for those who didn’t obey. Oops: They wound up with a mandate that still provokes resentment, yet probably won’t work.

That wasn't the point.  The point was to establish that they had the "right" to mandate health insurance coverage.  Making it work is for later, maybe never, when they "mandate" single-payer.


Plans to allow people to keep their individual health insurance policies, even if they don’t meet the requirements of the health-care law, are unlikely to threaten the short-term viability of the new health insurance marketplace, according to a new Rand Corp. study.
The study, released Tuesday, examines the impact of President Obama’s decision in November to allow consumers to keep their insurance plans, even if those plans don’t meet the requirements of the Affordable Care Act.
. . .
The study predicts that the president’s actions will have only minimal effect on enrollment and premiums in 2015.
“We figured that enrollment would go down about 4 percent, or about a half a million, for 2015,” said Evan Saltzman, the study’s lead author and a project associate at Rand, a nonprofit research organization.
. . .
But the Rand projections don’t take into account the disastrous rollout of the error-plagued federal Web site, HealthCare.gov, which significantly reduced enrollment in October and November.
“That’s a limitation of our study because it doesn’t allow you to model a Web site that doesn’t work,” Saltzman said. “It’s very hard to credibly do something like that.”

So, everything is fine, if you believe a model whose makers acknowledge doesn't work.  I'm comforted.

And one way to accomplish the enrollment is "Venus Fly-Trap" principle, to make it seem attractive to get in, but impossible to get out: Woman spends 6 weeks trying to disenroll from ObamaCare 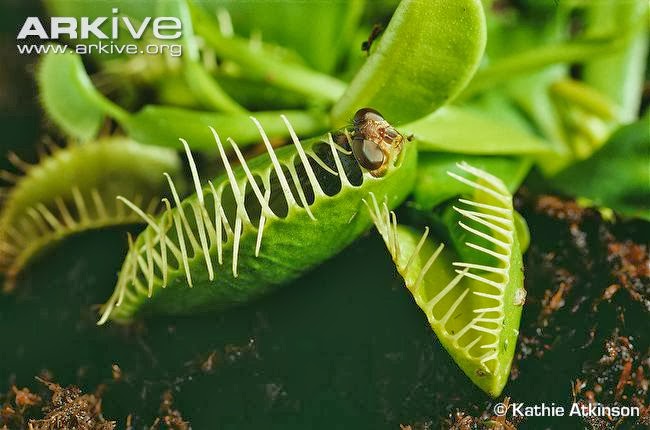 Hill's experience stands as a cautionary tale to anyone who, for whatever reason, is trying to bow out of insurance they purchased on the exchanges. Hill's troubles started last fall, after the high-risk pool coverage she had was discontinued due to the health law. For lack of options, she went on the exchange and bought a policy with a $950-a-month premium. She wasn't thrilled about it, but at least she was covered.

However, shortly afterward Hill, 62, learned she could once again purchase an individual plan -- with better benefits -- outside the exchange. She checked with Blue Cross Blue Shield in early December and was told she'd have to cancel her ObamaCare plan first.  "At that point, I hadn't paid my premium ... so I thought okay, that'll be easy to do," she said.  Ostensibly, yes. She tried using a simple "terminate button" on the website -- but it wasn't working.

Hill first tried the HealthCare.gov help line, and "literally was on hold for several hours a day," she said. After multiple attempts, without much luck, she tried the online chat. She was redirected back to the help line. The "script" that operators were reading from did not seem to address how someone could actually cancel a plan.

Hill continued to call the help line around the holidays, and eventually was given the impression that, at last, the plan was terminated.  But then, a $950 premium was withdrawn from her account -- which she knew meant she was still enrolled.

Then, as a last-ditch play, she got in her car and drove to Kansas City, hoping Blue Cross Blue Shield would know the "backdoor" to end the coverage.

Fortunately for her, she said the insurance company was helpful, and worked through the federal help line with her until finally reaching someone who, despite not being pleasant about it, said the plan would be discontinued. She later confirmed it was.

But you shouldn't have to drive to Kansas City to cancel an insurance policy you bought off the web.

OK, it's sleeting now; hard, and the grass is turning white.

So, once they have your account set up, it's all good right? Assuming you don't want out? Well, no, according to cyber experts, the system security is getting worse rather than better: Cyber security expert: Healthcare.gov “much worse off” now.


Chris Wallace then asked Kennedy why, if the site is so vulnerable, there haven’t been any hacks against it. That was the question asked by Gary Cohen, the HHS manager overseeing Healthcare.gov, claiming that “there have been no successful attempts of what anyone has been able to attack the system and penetrate it.” Kennedy declared this defense of Healthcare.gov to be “one of my favorites,” and says … how do they know it hasn’t been hacked? Emphases mine:


KENNEDY: And that’s great. This is one of my favorite ones out of the whole testimony. And so they (inaudible) that there has been no successful hacks that they’ve been able to detect. If you look at — there’s November testimony by Congress that basically said that a third party company was contracted to build out what we call the security operations center, which is what would actually detect these types of attacks. As of November, it hadn’t even been started yet. So, if you look at how long these security operations centers take to put into play, it takes several months, if not years to actually implement and fully build the attacks out there. So, as of November we have no modern detection. And that, from my understanding, it’s still not happening to this date. So they’re accurate in their statement. They haven’t detected any attacks on the website, because they don’t have the capability to detect them.

Well, time to sit back and watch the snow accumulate.
Posted by Fritz at 12:20 PM