A Truck Load of Poached Oysters


In one of the largest oyster cases in recent years, the Maryland Natural Resources Police Wednesday night arrested a Virginia truck driver and seized a tractor-trailer filled with oysters, many of them undersized. 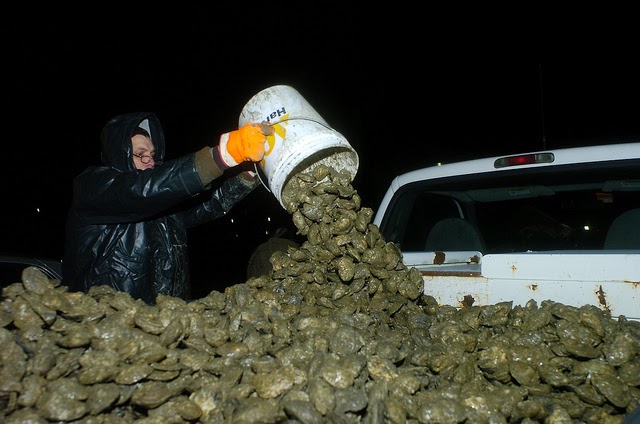 Rhoderick J. Newman, 66, of Tappahannock, was charged with one count of attempting to transport undersized oysters out of state and five counts of possession of undersized and unculled oysters. The truck, owned by Cowart Seafood Corp., of Lottsburg, Va., is being held in an NRP impoundment lot.

The maximum fine for the offense is $1,000 per bushel.
...
Acting on a tip, officers pulled over the truck, which was westbound on U.S. 50 in Easton. The truck was directed to a parking lot for a cargo inspection. Officers found that the truck contained 188 bushels of oysters. Working by the light of their vehicle headlights, 17 officers and cadets measured every oyster, an operation that lasted more than six hours. 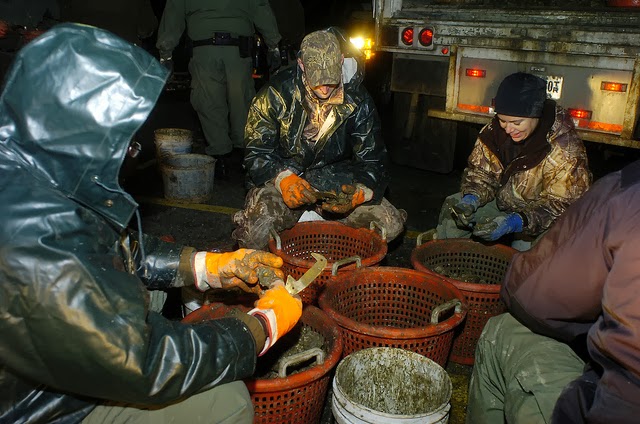 I'll bet that was fun; they may have even measured more oysters that night than I did in my whole career, but probably not...


All but one of the bushels contained oysters below the legal minimum of three inches. The percentage of undersized oysters in each bushel ranged from six percent to 46 percent, which is beyond Maryland’s five-percent tolerance level. That made 187 bushels illegal.

Make catching and selling wild oysters from Chesapeake Bay illegal.  Period.  For at least 5 years, preferably 10, to see if the native oyster is still viable here.  Encourage aquaculture to take up the slack.
Posted by Fritz at 6:50 PM