Obamacare Schadenfreude from the Deep Freeze 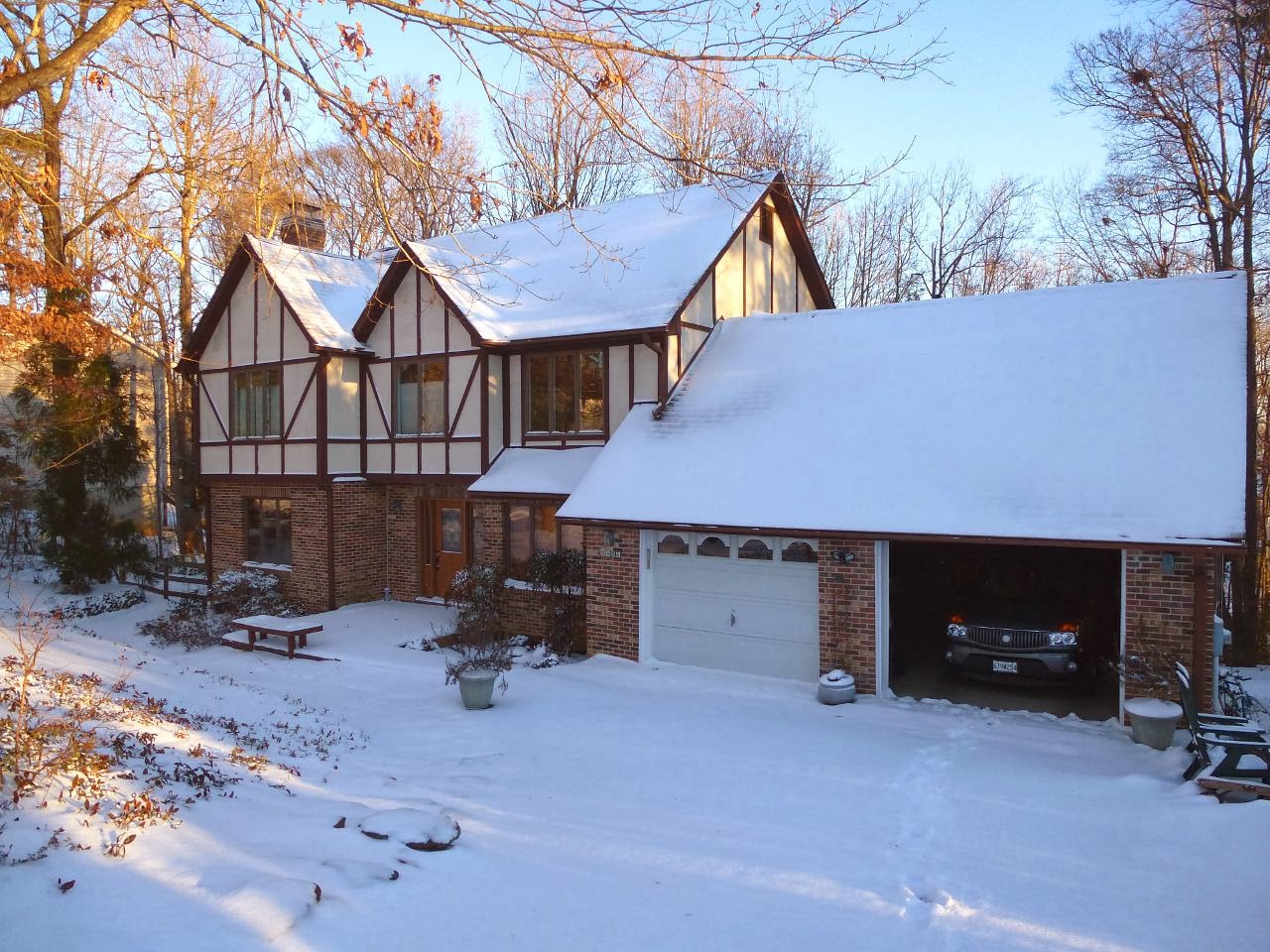 Our latest blast of crystalline global warming fell last last night, as Tropical Winter Storm Janus
passed through, depositing something on the order of 2-4 inches of fluff.  Actually, it's kind of hard to see how much actually fell, because the wind has stripped some from where ever it could , and deposited it somewhere it couldn't reach (like our front door).  So, I spent an hour or so before breakfast clearing the stuff off the driveway so we can escape later this afternoon.  It's only 10 F here, up from 4 this morning, so it's just a bit nippy outside.

So what kinds of Obamacare Schadenfreude managed to make the news yesterday in the face of Washington D.C. being shut down for a little snow?

My old home state of Oregon continues to vie with my current home state of Maryland for having the worst performing Obamacare website.  As of now, the Oregon website has consumed some $200,000,000 and not signed up a single user...


Oof. Over the weekend, The Oregonian published a damningly detailed piece recounting the many ways in which the longstanding signs of pending failure were blithely glossed over as the site’s leaders wavered between “despair and an almost evangelical enthusiasm that they could complete the site”:


Amid the idealistic fervor of Oregon’s effort to build a game-changing health insurance exchange, Ying Kwong did not believe the hype.

In one of a series of revealing emails, the Cornell-educated technology analyst at Oregon’s Department of Administrative Services wrote last May that Cover Oregon‘s managers were being “intellectually dishonest” in claiming the project would be ready Oct. 1.

He likened it to the old sci-fi movie classic, “The Blob,” since their foe seemingly couldn’t be stopped due to its amorphous plans and political momentum. “You simply don’t know how to shoot this beast, because it does not have a known anatomy with the normal vital organs that make it tick.”

Kwong wasn’t alone. His concerns about Oregon’s exchange were echoed by the project’s quality assurance contractor as well as the man Kwong was writing to, the Legislature’s top IT oversight analyst.

Repeated warnings, however, even to senior officials in the governor’s office and elsewhere and multiple layers of intended oversight, went unheeded. Winning.

That yuppie alternative to Walmart, Tar-gette, has announced that as a result of Obamacare it is dropping insurance plans for part time workers:


About 10 percent of Target’s part-time employees, defined as those working fewer than 30 hours a week, use the company’s health plans now, according to an announcement posted on the Minneapolis-based company’s website. Target said it would pay $500 to part-timers losing coverage and a consulting firm will help workers sign up for new Obamacare plans.

The U.S. Patient Protection and Affordable Care Act is the largest regulatory overhaul of health care since the 1960s, creating a system of penalties and rewards to encourage people to obtain medical insurance. The law known as Obamacare doesn’t require most companies to cover part-time workers, and offering them health plans may disqualify those people from subsidies in new government-run insurance exchanges that opened in October.

So Target throws its sick people out in the streets for the government to treat.  Nice!


It’s an intellectually lazy country that thinks it can outsource compassion to elected officials, especially in light of the new mass of evidence of how poorly they run our lives. “Fix and improve” may be the Democrat strategy, but why should anyone think they are the ones to do it considering this is the mess they built?

One has to wonder how long good intentions will trump reality in the mind of the electorate.

But, as old Abe said, you can only fool all of the people some of the time: Obama Is Losing the Millennials


But in recent polls, Obama’s approval among those under 30 has been higher than the national average by only one percentage point (Quinnipiac), two points (ABC/Washington Post) and three points (YouGov/Economist). Those differences are statistically significant. And that’s politically significant, since a higher percentage of Millennials than of the general population are Hispanic or black.
...
One reason for the decline is Obamacare. Only 38 percent approved of Obamacare (39 percent approved of “the Affordable Care Act”). Only 29 percent of those who were uninsured said they would definitely or probably enroll in the health-insurance exchanges.

Those results were registered five to nine weeks after the October 1 Healthcare.gov rollout. Tech-savvy Millennials must have been astonished that the government produced a website that didn’t work.

They also perceived, accurately, that Obamacare health insurance would cost them a lot. The law passed by Democrats elected in large part with Millennial votes was designed to have people under 30 subsidize the insurance premiums of those older, less healthy people over 50.

Ramesh Ponurru, writing for Bloomberg, argues that the Insurance Bailout must die!


Jonathan Cohn, a defender of Obamacare and the risk corridors, notes that the payouts “have no actual limit.” But payouts to insurers wouldn’t be a bailout, Cohn writes, because the insurers haven’t made “egregiously irresponsible actions.”

What they did was make business plans that included supporting Obamacare and participating in it. Those business plans, like any other, depended on certain assumptions -- in this case, that the program would work well. When the assumptions behind a company’s plans turn out to be wrong, and the federal government protects the company from the losses that would normally result, it’s reasonable to call that a bailout -- and to object. Taxpayers, after all, took no irresponsible actions.

Another assumption the insurers made was that a bailout would be politically sustainable. That assumption will also be tested. Obamacare has always depended, both operationally and politically, on an alliance between the administration and insurance companies. But that alliance is vulnerable. The most controversial element of Obamacare to date -- the coercive measures it includes to get people to buy insurance -- is only there to protect the insurance companies’ viability. A bailout could be just as unpopular a sop to the insurers.

Yes, the insurance companies got into bed with the Obama administration and woke up not only with fleas, but lice and bedbugs, too.


Conservatives, who almost all believe that Obamacare is a very bad law that can’t be made to work tolerably through mere tinkering, have every reason to fight a bailout. Campaigning against one will undermine the alliance between the White House and insurers by raising its price for both parties. Let’s find out just how much “sustainability” that alliance has.

And Megan McArdle reports on a victory for Obamacare Schadenfreude deep in the heart of enemy occupied territory, New York's Upper West Side:


Last Wednesday, Scott Gottlieb and I debated Jonathan Chait and Douglas Kamerow on this proposition: “Resolved: Obamacare Is Now Beyond Rescue.” I was feeling a little trepid, for three reasons: First, I’ve never done any formal debate; second, the resolution gave the “for” side a built-in handicap, as the “against” side just had to prove that Obamacare might not be completely beyond rescue; and third, we were debating on the Upper West Side. Now, I grew up on the Upper West Side and love it dearly. But for this particular resolution, it’s about the unfriendliest territory this side of Pyongyang. ...  Given the various difficulties, we went in assuming that we would lose, so we were pretty surprised and pleased when we won.
...
What was the winning argument?... In a nutshell, Obamacare has so far fallen dramatically short of what was expected -- technically, and in almost every other way. Enrollment is below expectations: According to the data we have so far, more than half of the much-touted Medicaid expansion came from people who were already eligible before the health-care law passed, and this weekend, the Wall Street Journal reported that the overwhelming majority of people buying insurance through the exchanges seem to be folks who already had insurance. Coverage is less generous than many people expected, with narrower provider networks and higher deductibles. The promised $2,500 that the average family was told they could save on premiums has predictably failed to materialize. And of course, we now know that if you like your doctor and plan, there is no reason to think you can keep them. Which is one reason the law has not gotten any more popular since it passed.

And her predictions for the future:


Many of the commentators I’ve read seem to think that the worst is over, as far as unpopular surprises. In fact, the worst is yet to come. Here’s what’s ahead:

· 2014: Small-business policy cancellations. This year, the small-business market is going to get hit with the policy cancellations that roiled the individual market last year. Some firms will get better deals, but others will find that their coverage is being canceled in favor of more expensive policies that don’t cover as many of the doctors or procedures that they want. This is going to be a rolling problem throughout the year.

· Summer 2014: Insurers get a sizable chunk of money from the government to cover any excess losses. When the costs are published, this is going to be wildly unpopular: The administration has spent three years saying that Obamacare was the antidote to abuses by Big, Bad Insurance Companies, and suddenly it’s a mechanism to funnel taxpayer money to them?

· 2014 and onward: Medicare reimbursement cuts eat into hospital margins, triggering a lot of lobbying and sad ads about how Beloved Local Hospital may have to close.

· Spring 2015: The Internal Revenue Service starts collecting individual mandate penalties: 1 percent of income in the first year. That’s going to be a nasty shock to folks who thought the penalty was just $95. I, like many other analysts, expect the administration to announce a temporary delay sometime after April 1, 2014.

· Spring 2015: The IRS demands that people whose income was higher than they projected pay back their excess subsidies. This could be thousands of dollars.

· Spring 2015: Cuts to Medicare Advantage, which the administration punted on in 2013, are scheduled to go into effect. This will reduce benefits currently enjoyed by millions of seniors, which is why they didn’t let them go into effect this year.

· Fall 2015: This is when expert Bob Laszewski says insurers will begin exiting the market if the exchange policies aren’t profitable.

· Fall 2017: Companies and unions start learning whether their plans will get hit by the “Cadillac tax,” a stiff excise tax on expensive policies that will hit plans with generous benefits or an older and sicker employee base. Expect a lot of companies and unions to radically decrease benefits and increase cost-sharing as a result.

· January 2018: The temporary risk-adjustment plans, which the administration is relying on to keep insurers in the marketplaces even if their customer pool is older and sicker than projected, run out. Now if insurers take losses, they just lose the money.

· Fall 2018: Buyers find out that subsidy growth is capped for next year’s premiums; instead of simply being pegged to the price of the second-cheapest silver plan, whatever that cost is, their growth is fixed. This will show up in higher premiums for families -- and, potentially, in an adverse-selection death spiral.

The gift that keeps on taking.