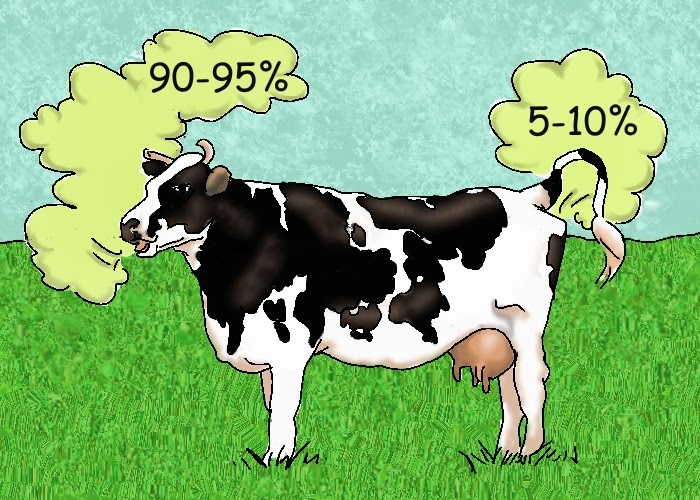 Methane gas released by dairy cows has caused an explosion in a cow shed in Germany, police said.

The roof was damaged and one of the cows was injured in the blast in the central German town of Rasdorf.

Thanks to the belches and flatulence of the 90 dairy cows in the shed, high levels of the gas had built up.

Then "a static electric charge caused the gas to explode with flashes of flames" the force said in a statement quoted by Reuters news agency.

Emergency services attended the farm and took gas readings to test for the risk of further blasts, said local media.

Cows are believed to emit up to 500 litres of methane - a potent greenhouse gas - each per day.

Color me skeptical.  The lower explosive limit of methane in air is about 5%.   It's hard for me to imagine that a barn is poorly enough ventilated to accumulate 5% of methane in the air without the cows using up a majority of the oxygen and succumbing to oxygen starvation.

I'm more inclined to think that natural gas or propane heating went wrong and blew the roof, but that cow burps were a sexier story.
Posted by Fritz at 2:00 PM