A New Super Bullet for Liberals to Inveigh Against 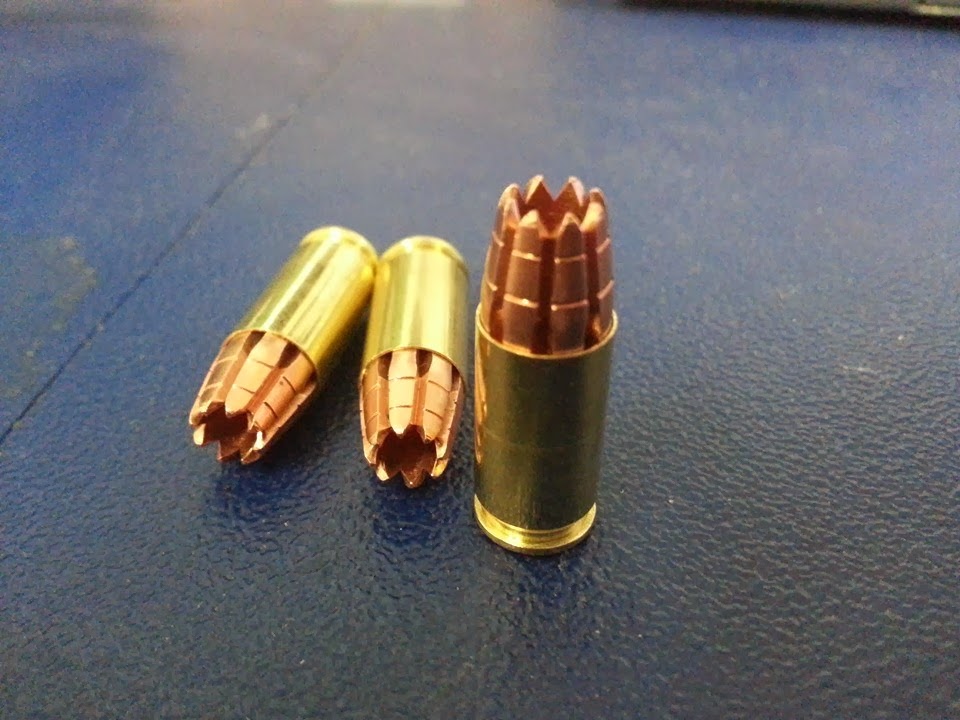 A New Bullet Has Been Invented. This is What it Looks Like.


Not satisfied with the destructive power of hollow-point bullets or large-caliber guns? G2 Research has you covered with the new "Radically Invasive Projectile" (R.I.P., clever) an exploding bullet they say can "take the civilian and law enforcement markets by storm, and truly become the last round you’ll ever need."

The bullet is manufactured with bullet points containing trocar angles (edges with three angles reaching one point) to penetrate flesh more easily. It acts like a full metal jacket bullet when penetrating solid objects like "sheet rock, plywood, sheet metal or glass and still performs its original intent. The bullet shreds through solid objects and only then, expands its energy."

The result? Gun owners say that the expanding bullets prevent over-penetration (shooting through a target, or, say, the walls of your house) and make sure the bullets don't ricochet. But the new R.I.P. rounds are also sure to cause horrific wounds in their target.

And here they are in action:

It does look a little nasty, but is it worse than what happens with ordinary hollow points?

Eh, I wouldn't want to get hit by either one.  Isn't deadliness a desirable property in bullets?  It's easy to make them less deadly; just make them lighter and slower.


But according to Americans Against the Tea Party's Richard Rowe, himself a weapons enthuisiast, the new bullet bears an unmistakeable resemblance to a tool of war banned by the Hague Convention (Hague IV 1907, Article 23E): Flechette rounds.

Well, yes, and hollow points are also banned in war.  We accept things in personal protection that we don't allow in war.  I don't know that it makes much sense, but that's the way it is.
Posted by Fritz at 5:00 AM