A "Bottle Bill" for Maryland?


A "bottle bill," to be introduced in the General Assembly this week, could mean 5-cents back in consumers' pockets for each can or bottle they recycle in Maryland.  The Maryland Public Interest Research Group, or PIRG, delivered 7,500 signed petitions to Gov. Martin O'Malley's desk Monday in support of the bill.  "With the bottle bill, Maryland has the opportunity to get to an achievable goal of 80 percent container recycling by 2020," says Joanna Guy with PIRG.

Gov. O'Malley included increasing container recycling in his Climate Change Plan released in the summer of 2014. Proponents say if implemented, it will triple what the state is recycling now.

"Proponents" tend to exaggerate in support of their programs.  I find this hard to believe.


Under the proposed program, consumers would bring their bottles and cans to deposit spots, likely at grocery stores, and redeem their money there. The locations of the deposit spots are still unknown.

Right now, we have "free" recycling at county waste sites.  All cans, bottles and miscellaneous plastic and metal can be dumped in a common bin, and sorted later.  We make that minor effort routinely.  Like most of our semirural neighbors, we take our own trash to a central site rather than having a trash service pick it up, but even if we did use one of the several private trash haulers, they would accept and sort the recyclable material.

Under the new system, we will pay extra up front for the bottles and cans, have to keep those separate, (just what the garage needs, another trash recycling bin), and return them to the grocery store to get a few cents back.


"It's good for the state for many reasons. We recycle 22 percent of cans and bottles a year. That's four billion pieces of trash, three billion of which end up in the Bay in rivers and streams. It's a huge waste of money and a problem for the environment, says state Sen. Brian Frosh, D-Montgomery County.

Huh?  You really think that if 4 billion cans and bottles are created, and only 1 billion recycled, 100% (or near enough) of the remainder end up in the Bay and streams?

I have to say, although cans and bottle do wash up on the beach after a big storm, they do not form a majority, or even a significant fraction of the trash.


Frosh is introducing the bill whose only opponents are the beverage companies. He says that's because it's a win-win for the state, and its counties in particular.

"The counties will not only get the value of the raw materials recycled, but will get the redemption fee," he says.  That means that consumers who choose to recycle bottles and cans at the curb will relinquish their five cents per bottle to their respective county. "Any unredeemed deposits would go to recycling programs and expanding those recycling programs," Guy says.

So there's the real agenda.  It's a hidden tax, that you only pay if you're lazy. 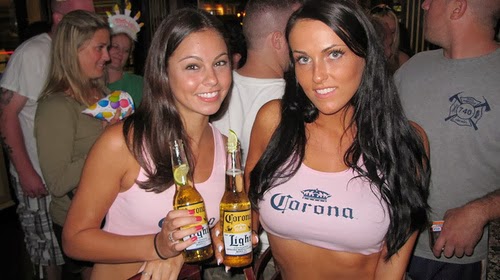 I've lived in other states with and without a "bottle bill."  Oregon was not particularly cleaner as a result of having a bottle bill, back when a nickel was worth a lot more than it is now.

One good thing about it though, is there's no excuse for poverty; any poor person should be able to make a living pouring through trash, or even picking up streets after careless teenagers.  For that, I might even stop recycling my bottles and cans and throw them out on the street for them to glean.

Wombat-socho has the great collection for the week, "Rule 5 Sunday: All Hail The Superb Owl!" up at The Other McCain.
Posted by Fritz at 6:00 AM