Beretta, one of the world’s leading gun manufacturers, will be moving manufacturing operations to Gallatin, bringing more than 300 jobs to the region.

The company will invest upwards of $45 million to bring a manufacturing and research and development facility to Middle Tennessee, Tennessee Gov. Bill Haslam announced Wednesday morning.
. . .
For much of the past year, Beretta has been scouting for locations for a manufacturing facility after the state of Maryland passed stricter gun legislation, company officials said. The family-owned, Italian company had expressed frustration about the new laws and said it might be looking for a new home for a factory currently located in Accokeek, Maryland.

Jeff Reh, general counsel for Beretta, said the company was looking a state that supported Second Amendment rights, and had other key attributes, including a competitive tax environment, good quality of life and was focused on corporate recruitment.

I know at least two people personally who have worked at the Beretta facility in Accoceek. 300 jobs isn't a a huge number in the Maryland economy, currently at 6.7% unemployment, which is doing about the same as the national average.  Still, that's 300 families who will either have to move, or lose their jobs.  Good job, O'Malley, legislature! 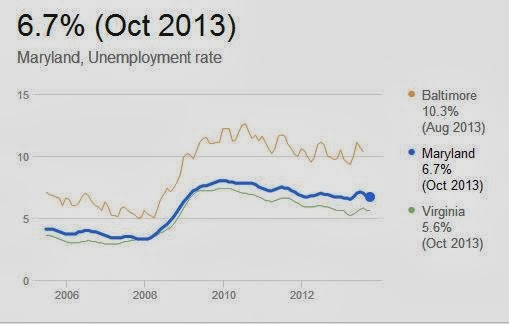